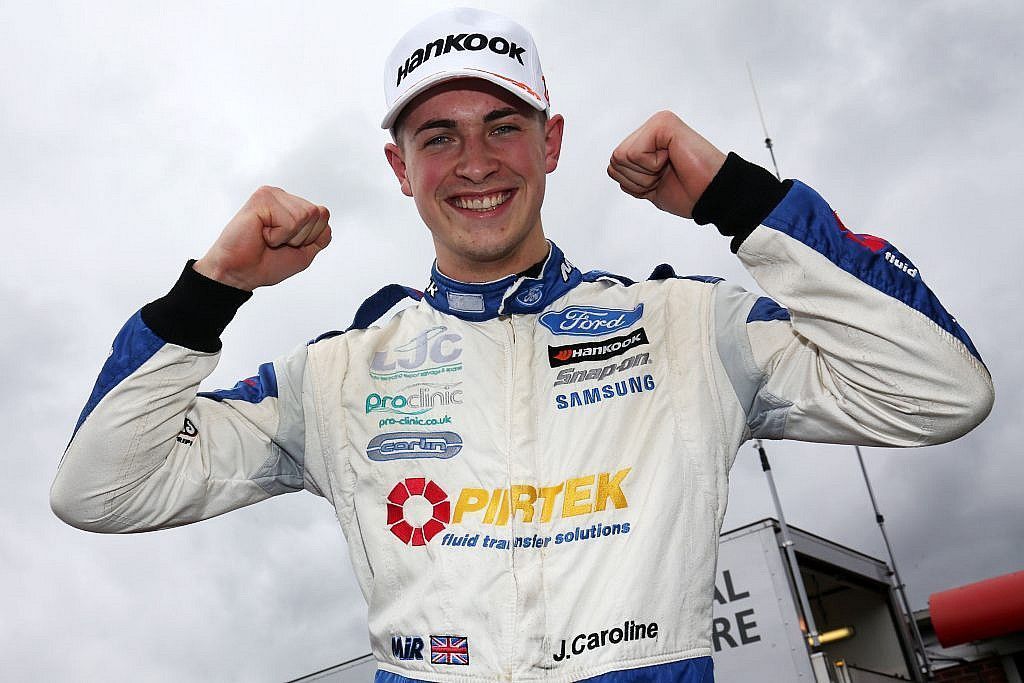 Jamie Caroline secured the F4 British Championship certified by FIA – powered by Ford EcoBoost title at Brands Hatch to cap a record-breaking season for the Pirtek Racing-backed Carlin star. An eighth-place finish enough to put him clear of title rival Oscar Piastri in the standings. Meanwhile, at the front of the field Linus Lundqvist took his fifth win of the campaign following a lightning start.

In typical Caroline fashion there was no shortage of drama. Starting fourth on the grid the championship leader found himself in the gravel trap at turn one after a tangle with Alex Quinn. The latter was left stranded while Caroline was able to escape.

The stage was set for a trademark Caroline comeback through the field and the 18-year-old did not disappoint, scything his way from last to eighth by the time the chequered flag fell.

Despite Caroline and Quinn’s tangle promoting rival Piastri up to fourth, the Aussie was unable to make further inroads on the leading trio: Lundqvist, Sargeant and Simmons. It meant that even if Caroline had finished outside the points, he still would have been crowned FIA British Formula 4 Champion because Piastri needed to take at least 18 points out of Caroline’s lead in the opening race of weekend to keep the title fight alive.

Out front, Double R Racing’s Linus Lundqvist was in complete control after a daring move around the outside of poleman Logan Sargeant into turn one. The Swede handled two Safety Car restarts impeccably, the first following the recovery of Quinn’s car, the second coming as a result of Lucas Alecco Roy beaching his car in the gravel on the exit of Clearways.

Lundqvist was kept honest throughout proceedings however by Sargeant. Although the American ace was unable to convert pole into his third Ford EcoBoost-powered win, his second place coupled with Caroline’s points score was enough to secure Carlin its third consecutive Teams’ Cup title in the series.

Ayrton Simmons completed the podium, avoiding the drama at the start and joined the stalemate at the front which saw the leading trio separated by just over a second at the fall of the chequer.

There was further drama lower down the order as Ford F4 Challenge Cup honours were fought for. Class leader Hampus Ericsson’s race came undone when a move on Karl Massaad for eighth failed to go his way and left him tumbling down the field. It saw Olli Cadlwell become leading Challenge Cup runner which he maintained until the race’s conclusion to secure his fourth win in the Class.

Ericsson was then faced with the prospect of making his way through the order. The Fortec Motorsports racer was halted by Challenge Cup rival Harry Webb (Richardson Racing), who fended the Swede off to take second and crucially the lead in the standings by three points with two races remaining.