Home F1 Carlos Sainz after participating in the Montecarlo Rally: “It was a surprising... 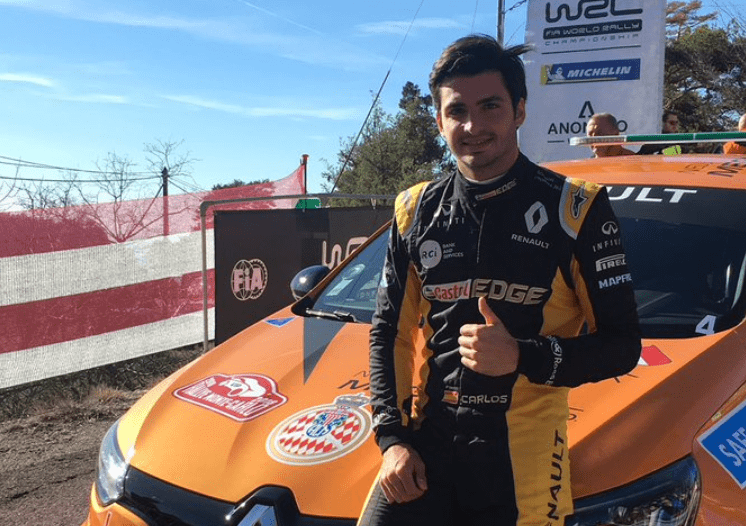 With the preseason tests just around the corner, Sainz took the opportunity to fulfill one of his dreams as a pilot. Participate in a World Rally Test.

He did it thanks to the opportunity that his team has given him. Renault lent him a Mégane RS VIP so that Sainz could feel like a Rally driver for a day. Not only that, but he has participated in two stages of one of the most legendary WRC events, the Montecarlo one.

Mythical for its landscapes, its stages of rain, snow, ice and sun. Changing climatic situations that put the pilots to the test. Sainz experienced the land where in his day his father triumphed. He was part of the caravan of VIP official cars that go behind the zero car which checks the stages before the pilots go out.

His Mégane equipped with winter tires with nails and with a 300 horsepower in his Trophy version gave him several driving styles as the Spanish driver could explain: “The car was really good. I had different driving modes and I have been testing them to feel comfortable at all. You had Race mode, Sport mode and some traction control that you could adjust. The direction is very precise and the suspension is rigid for the more twisty sections, so I really had a lot of fun”, said the F1 driver.

Sainz had as co-pilot Rodrigo Sanjuán, who works with Alberto Monarri in the Spanish Rally Championship on asphalt: “I had always wanted to do a rally with co-driver, section notes and at a good pace, I loved it. I’ve waited all my life to do this, and it’s been an amazing experience”, Sainz stressed.

The pilot of Renault already warned in the preview of this event that his goal is to run in Rally in the future, as well as participate in a Dakar. Far from these goals, and with a long career in F1 ahead, Sainz faces his first full season with the rhombus team, where he hopes to be competitive and reap great results.