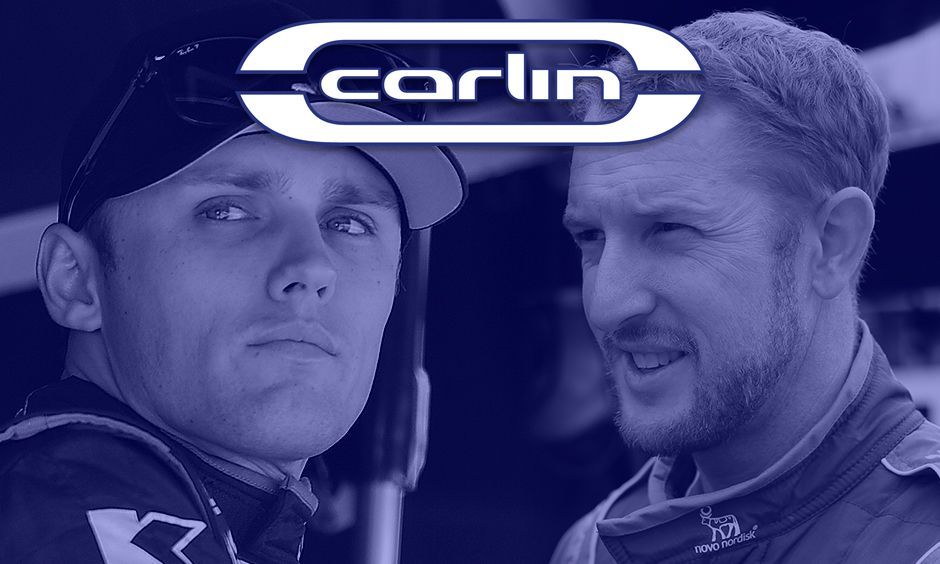 As it was expected to happen, Trevor Carlin has announced that his team will join IndyCar Series with a full-time programme for two cars, which will be driven by Max Chilton and Charlie Kimball and powered by Chevrolet.

After many successful years across several European racing championships, Trevor Carlin, Carlin’s team owner, decided to start a new project in the United States, and the team joined Indylights in 2015. Now, with three years of experience in American racing and an Indylights title (won by Ed Jones in 2016), the British team is going to join IndyCar Series.

In order to make a good progression during the first years of the team, the drivers chosen to join this new project are Max Chilton and Charlie Kimball, both of whom have earlier experience with Carlin in other series and were ruled out from Ganassi at the end of the 2017 season, when the team decided to reduce its programme to two cars.

Chilton, who will start his third IndyCar season, drove for Carlin in 2009 in the British F3. He later re-joined the team in GP2 Series, where he took part in the 2011 and 2012 season, when he won two races. In 2015, after two deceiving seasons in Formula 1, he moved to Indylights with Carlin and gave the team its first oval win in Iowa.

As for Kimball, he was also part of Carlin in British F3, in 2005. He later drove for Victory Engineering, which was part of Carlin Motorsport, in the 2007 Formula Renault 3.5 season. His IndyCar career began in 2011 and now, after seven straight seasons with Chip Ganassi Racing, he will move to Carlin.

It is remarkable that both drivers, despite the team change, will maintain their sponsors for the next season: Gallagher for Chilton and Novo Nordisk for Kimball. The team headquarters will be located in Delray Beach, in Florida, the same place where the Indylights team is placed. The two team entries, whose numbers are yet to be known, will be powered by Chevrolet.

“We’re delighted to finally be able to announce our entry into the Verizon IndyCar Series, the result of a long-term ambition of the team,” team principal Trevor Carlin said. “To be joined on that journey in our debut season by brands such as Gallagher and Novo Nordisk, and with drivers we already have a race-winning history with in Max and Charlie, is beyond what we could have expected. By no means do we underestimate the challenge and competition that lies ahead, but I have great faith in the young and passionate team that our team manager Colin Hale and I have put together.”

“I feel like I’ve learned a lot now and I’m going to be bringing that over to Carlin, which haven’t done IndyCar yet and have a lot to learn in that series,” said Chilton. “The good thing which gives me a lot of excitement and joy is Carlin is a team which really excels in a one-make series, and I think it’s hard to disagree that INDYCAR next year is not going to be far from a one-make series. Everyone’s basically got the same machinery apart from the engines and I think this is where Carlin excels, so I can’t wait.”

“I’m ready to do everything we can to learn,” Kimball said. “We may not be competitive on Lap 1 of first practice at St. Pete, but I have every confidence in Carlin, Trevor, the team, Max, myself, the engineers and mechanics, everything. Trevor knows how to win races. He’s been extremely successful in races all over the world – all different types of racing – for years. It’s the culture and the mentality that I’m really looking forward to getting back to.”

The team will make its official debut in the GP of St. Petersburg, the opening round of the 2018 IndyCar Series season, which is set to be held the 11th of March next year.