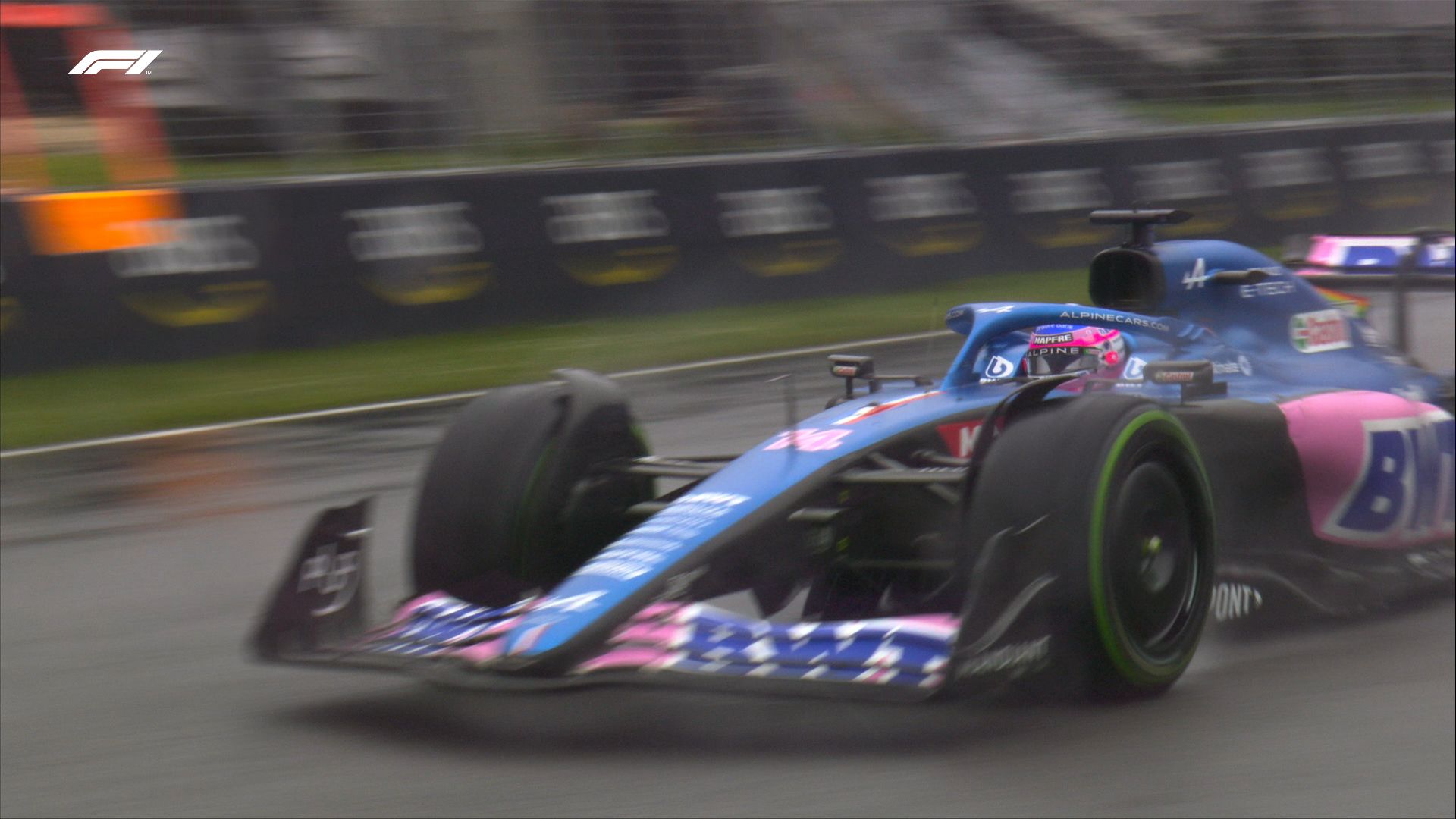 After a dry spell on Friday of F1 Canadian GP, it was a wet FP3 session where the FIA provided an extra set of intermediate tyres. But the track was so wet that they mostly used the wet compound, with the intermediate only used towards the end.

The damp conditions did put off many drivers with multiple taking the escape routes, while the likes of Haas’ Kevin Magnussen and AlphaTauri’s Yuki Tsunoda having a bigger one where the latter was mostly complaining on the radio about it.

While the times kept on changing until the end of the session, at the start of it, the FIA released the information of Ferrari taking new power units for both their cars. As expected, Charles Leclerc would take the penalty and start the Canadian GP from the back.

At the end of the session, Alpine’s Alonso ended up fastest with a 1m33.836s lap on the intermediate tyres with a late lap from AlphaTauri’s Gasly (1m33.889s) put him in second which pushed Aston Martin’s Vettel (1m33.891s) in third – all on intermediate tyres.

The Red Bull pair of Sergio Perez (1m34.498s) and Max Verstappen (1m34.616s) were eighth and ninth where the Dutchman caused a late yellow flag after having an off moment. The Top 10 was rounded out by Ferrari’s Carlos Sainz (1m34.778s).

The Alfa Romeo pair of Bottas and Zhou Guanyu slotted in 11th and 12th, with Aston Martin’s Lance Stroll, Haas’ Magnussen and Mercedes’ Lewis Hamilton in 13th, 14th and 15th – where the latter trio set their best time on the wet compound.

Magnussen was another to cause a late yellow flag after his off at Turn 1. Williams’ Alexander Albon was 16th on the intermediate tyres, with AlphaTauri’s Tsunoda in 17th from Haas’ Mick Schumacher and. Williams’ Nicholas Latifi.

The latter trio set their best time on the wet compound, as Ferrari’s Leclerc gave the session a miss with the team focusing on sitting out while putting new elements.

Here’s what was said after Friday in F1 Canadian GP