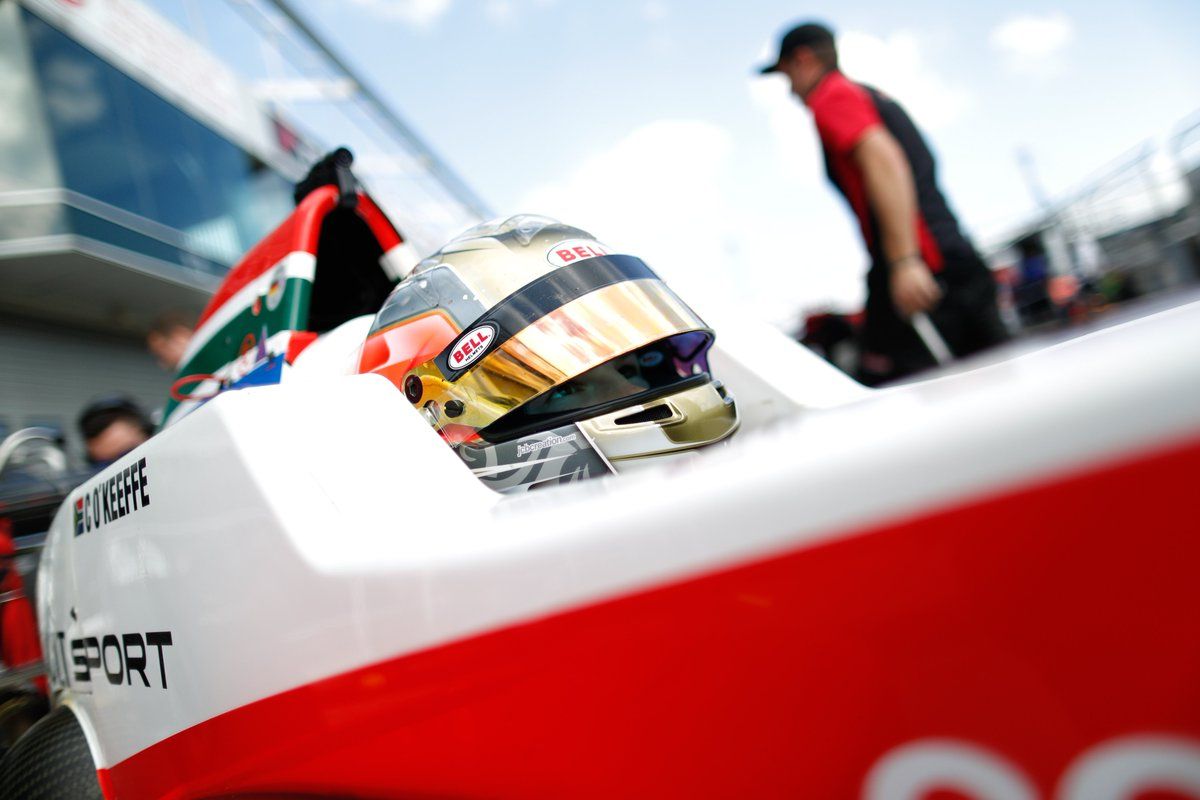 After spending whole of 2018 at the sidelines and undertaking coaching work mostly, O’Keeffe has secured his return to competitive racing with FA Racing by Drivex in the Formula Renault Eurocup series – where he has raced before.

O’Keeffe raced in the old Formula Renault Eurocup cars in 2014 and 2015 seasons after which he moved to USA to compete in the USF2000 series in 2016. He returned to Europe in 2017 to compete in the British F3 Championship but couldn’t secure any drive for 2018.

The 2019 season was looking mostly the same for O’Keeffe until the opportunity from FA Racing by Drivex, the team which is run in partnership between Alonso and Pedro de la Rosa. The South African joins Patrick Schott and Brad Benavides to complete the line-up.

“Honestly I still can not believe it,” said O’Keeffe, on the announcement. “After 18 months out of the competition it seemed like I was going to be on the sidelines for another year until this fantastic opportunity arose.

“I am very grateful to all the people who have added their work to put me back in a racing car. For me, it is also a perfect place, because it was an FA kart with which I launched my karting career when I achieved the British specialty title.

“I was also second in the World Championship [with them], so I return to the races again and backed by that same name is the perfect story, and a dream that comes true. The goal is always the same no matter what the car is. Go to the limit.

“As far as expectations are concerned, I really have no idea what it will bring. The car is certainly very different from anything else I’ve driven before and I’m looking forward to experiencing the new feelings.”

Despite not racing, the South African said he kept himself fit enough to jump in the car whenever the call came. He is not aiming for anything on his return knowing that it is a new car and also first time for the team in the championship.

But he is pumped up to learn from Alonso and de la Rosa. “The list is endless,” he said, on taking tips from two former F1 racers. “In this sport you never stop learning. Fernando and Pedro are two world-class racing drivers.

“I am excited about the possibility of working with them. His experience will be invaluable for my development as a race driver and also off the track.” His first assignment with the team will be the two upcoming pre-season tests before the season starts.

Team’s co-owner Alonso said: “We want to give Callan a warm welcome on board. He is a very talented driver and we are looking forward to working with him. In addition, Callan provides a lot of experience in the field of European single-seaters to FA Racing by Drivex since it has participation in several championships in all these years.

“Our goal as a team is to provide competitive material and work together to ensure that we achieve good results during the season.” The team – which also has some McLaren influence – already started its 2019 preparations with the first test at Paul Ricard last week.