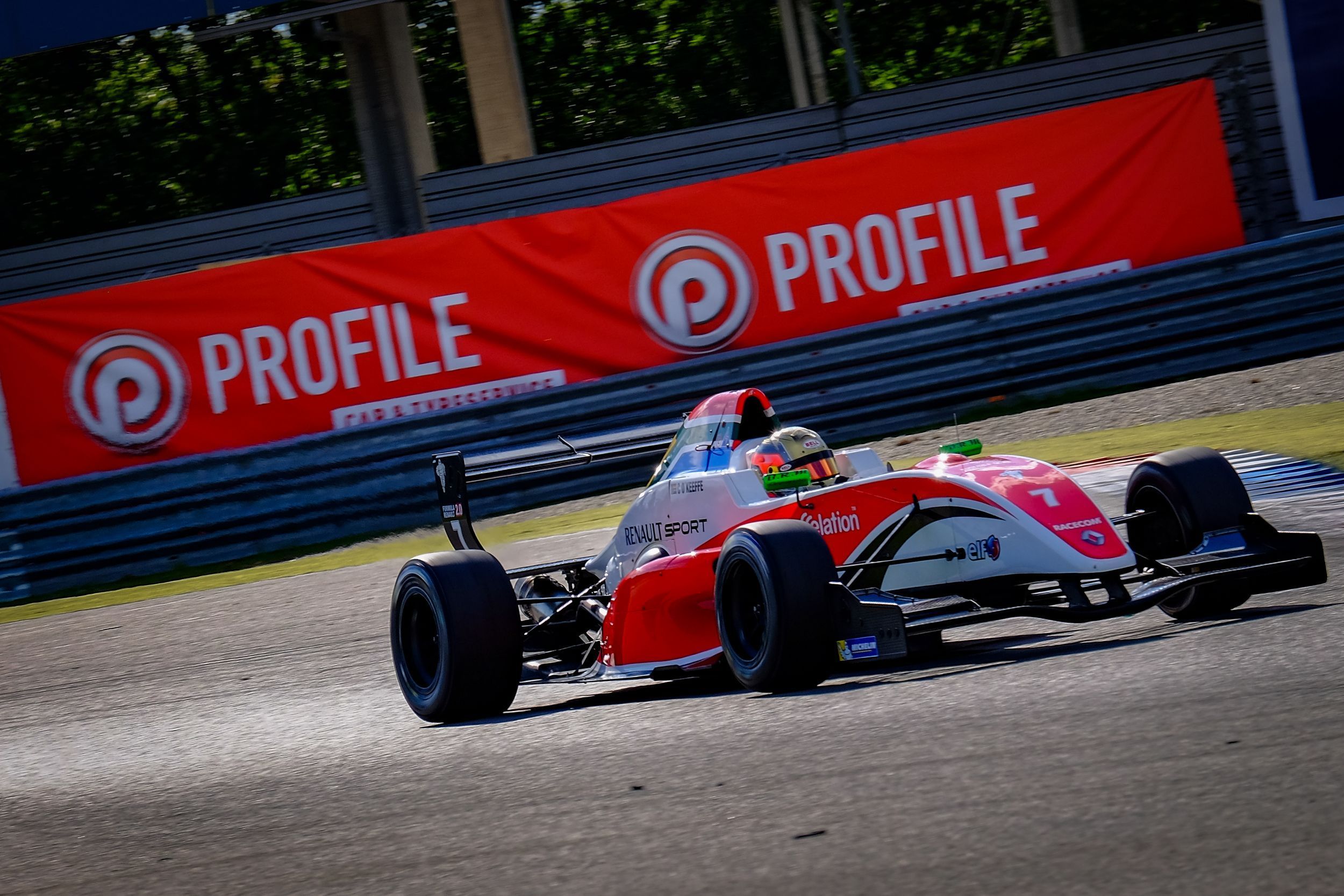 My name is Callan O’Keeffe, I’m a 19 year old South African racing driver and I’ll be taking you behind the scenes of the life of a racing driver, on and off track

It’s the Monday after the race weekend in Assen and I wake up feeling satisfied but not thrilled.  It’s amazing how quickly your expectations can change in motorsport. Going into the summer break things were looking bleak and a fifth place finish would have left me feeling like I had won the race. However, a mere two race weekends later a comfortable P2 and pace easily good enough to challenge for the victory somehow feels a little bit dissatisfying.

The Monday after a race it’s always a shock to the system, after 3 days of driving suddenly its over and the body is over run by an adrenaline hangover, mental fatigue and stiffness. Despite this you still always wish you could drive the next week. It’s always a treat to have two back to back race weekends as we have had the last two weeks.

After struggling through the start of the season due to a lack of winter testing, I never would have thought things would have changed so quickly. Testing started on Thursday and after just 2 push laps in free practice, a part of the engine failed and I was forced to sit out the 45 minutes session while my rivals battered around the Spa circuit, using the precious available time to blow off the summer break cobwebs and work on car set up. The second session went a more smoothly, barring a few mistakes on my new tires, we were ready for qualifying the next day.

Qualifying has always been kind to me at Spa. For some reason the high speed flowing nature of the track seems to suit my driving style and with that we managed to qualify 2nd around 0.1 of a second off of pole position. The second qualifying would not go to plan.

Most people don’t realise how sensitive a new racing tire is, first you have to warm the tire using the brakes and weave on the straight to switch on the tire, then at most track we get one or two laps where you have the peak of a grip, something you must exploit for any chance of taking pole position.  Something that is very difficult to do. Half way through my second push lap, having prepared knowing that this would probably be my fastest lap, my tire decided it didn’t need air anymore and the sidewall of the tire punctured leaving me heading towards the wall in turn 8 as the car and it’s punctured tire refusing to stop. It’s hard to explain what is going through your head when you are flying towards the wall at close to 200kmph with brakes that aren’t working very well. Mostly its things I can’t write here, and that I needed to change my suit after the qualifying session ha ha. `I was left qualifying 2nd and 8th respectively for the two races.

In the races things didn’t get any easier. On the way to the grid before race one I had a problem with the clutch, then just as the one minute board went out and engines were firing up on the grid my mechanic Dylan noticed that the starter motor had somehow disconnected and by some miracle Dylan managed to maneuver his hand into a tiny gap in the engine cover and re-connect it and allow me to start the race.  The races were less eventful as after a bad start in Race 1, I ended 3rd and after the 2nd race was ‘rained out” a disappointing P8.

The next race weekend in Assen ran a lot more like clockwork – other than a few yellow and red flags spoiling my qualifying laps I ended just 0.01 of a second from pole in the second qualifying session.  The races would bring a P4 and a P2 on a track where it is sandy offline and so very difficult to pass and a podium finish in front of almost 90,000 people.  Yet, the team and I all left the weekend feeling dissatisfied. I think that’s the best thing that could happen going into this  one month break. The feeling of winning is what drives us racing drivers to work so hard and that’s exactly what I will spend the next month working towards. I know the team will do the same as the last few results are a testament to the car being prepared brilliantly by Dylan and set up perfectly by my engineer Martin. I’m sure that first win isn’t far away.