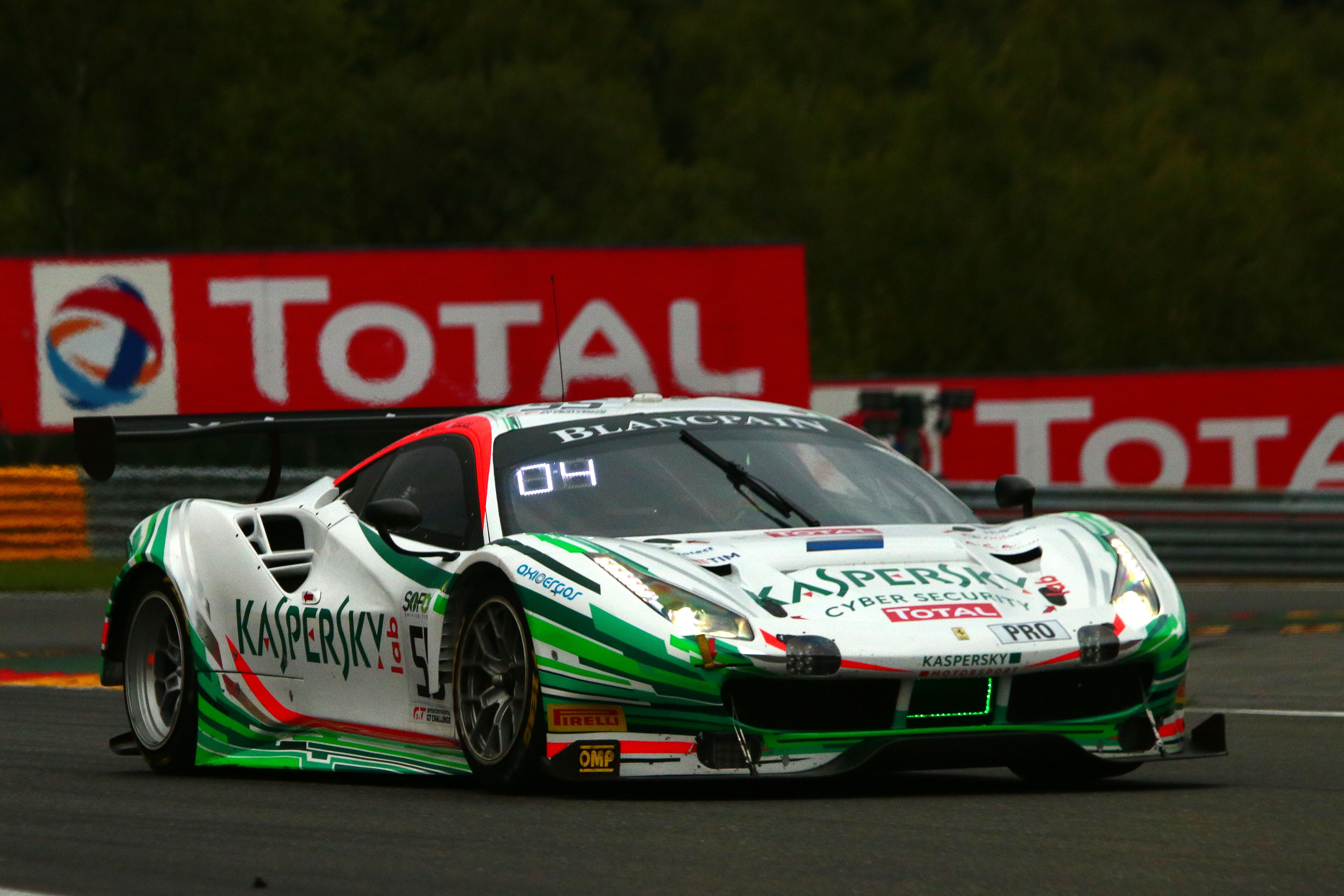 The British driver has achieved the best time for Kaspersky Motorsports #55 which means that they will start from pole position for the Total 24 hours of Spa-Francorchamps. The second and third position have been for the Lamborghini #63 and for the Audi #2 respectively.

The Spa-Francorchamps 24-hour superpole is the session where the 20th fastest drivers of the qualifying sessions compete one-by-one for two fast laps. The outcome this time has featured Ferrari’s official driver James Calado. The Briton set a time of 2:17.390, which will allow both him and his two team-mates on the 488 GT3 #55 from Kaspersky Motorsports, Giancarlo Fisichella and Marco Cioci, to start from the top position.

Mirko Bortolotti (Lamborghini #63), leader of the championship, will start alongside the pole sitter. The Italian was only a tenth slower than Calado’s. The third position has been taken by Fréderic Vervisch with the Audi #2, followed by the Porsche #117 of Laurens Vanthoor.

René Rast, who shares a car with Antonio Garcia and Nico Müller, got the sixth position for Audi #1, followed by Franck Perera’s Mercedes #84, less than half a second behind the leader. Albert Costa (Emil Frey Jaguar #14) signed a fantastic eighth position, with Clemens Schmid (Audi #75) and Lucas Ordoñez (Nissan #23) closing the top 10.

Several of the main favorites for pole have been unable to be in the lead times. After the dominance exercised in the classifications, Raffaele Marciello (Mercedes #90) only was thirteenth.