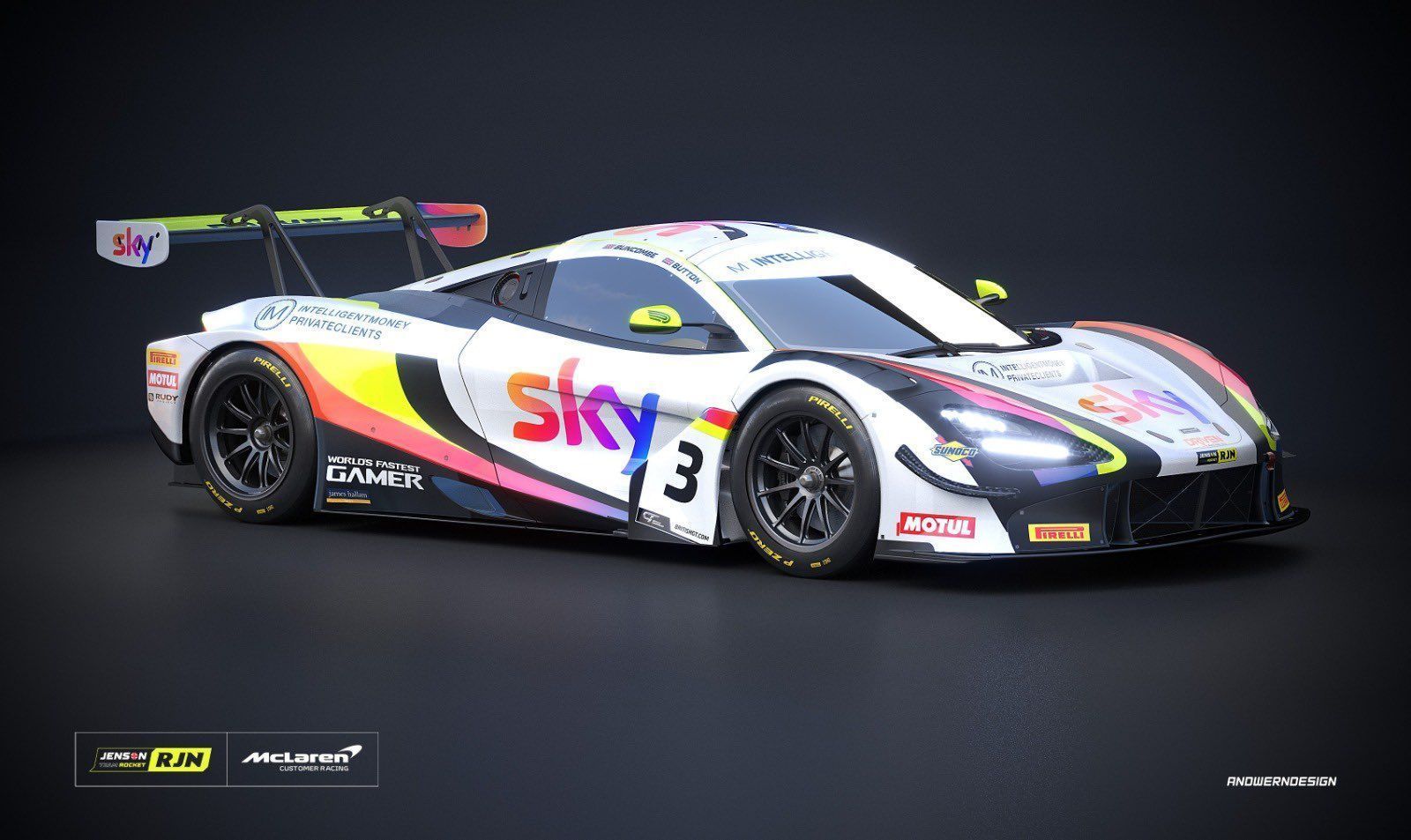 Jenson Button will compete in the 2020 British GT finale at Silverstone as Nissan e.dams has retained Sebastien Buemi and Oliver Rowland in Formula E.

Button will join co-owner Chris Buncombe to compete in the 2020 British GT finale on November 7-8 at Silverstone in their Team Rocket RJN’s McLaren 720S GT3 machine in the Pro/Am class. It will be the second car the team will field alongside the existing one.

The #2 McLaren is driven by Michael O’Brien and James Baldwin, who sit fourth in the championship with 90.5 points, having accumulated one win and two podiums so far. They are third in Silver Cup standings with 117 points in their kitty.

It will be not only Buncombe but also Button, who will make their British GT debut. “This will be my first taste of a GT3 car but I’m really looking forward it,” said the F1 champion. “It will be lovely to join our team and lining-up in the McLaren 720S with my best buddy Chris Buncombe.

“It’s great to come back and race on UK soil again – a big thank you to our partners that have made this possible. It’s a shame that this final round of the Intelligent Money British GT Championship will be without the fans but I hope they will tune in to follow our progress,” summed up Button.

Meanwhile, Buncombe added: “Jenson and I have spoken for a while about sharing a car together on track – we have done a number of off-road races together driving a spec Trophy Truck in the US but never driven together in a GT race.

“It will be great to return to Silverstone and I’m hugely looking forward to trying the McLaren 720S GT3. Thank you to everyone who has helped make this possible, it’s a fantastic way to end the 2020 season.”

And finally, Team principal Bob Neville stated: “We are very pleased to be able to run a second car at this final race of the year and it’s brilliant to have a former world champion in Jenson with an endurance champion in Chris behind the wheel, both of whom are my partners in the team.

“We are also heading into this race with an outside chance of [winning] the British GT Championship with our Silver Cup pairing of Michael O’Brien and the World’s Fastest Gamer, James Baldwin, who will hopefully benefit from having such experienced team-mates.”

On Formula E side, Nissan e.dams confirmed the retention of Buemi and Rowland for the third straight season in 2020/21. The duo have been consistent in the two seasons together, where the latter secured his first win last year in Berlin.

The team also noted that both Mitsunori Takaboshi and Jann Mardenborough will keep their reserve role as well. “It’s great that Seb and Oli will continue to race for Nissan e.dams.” said team principals Olivier and Gregory Driot.

“They’re both incredibly talented and have continuously demonstrated their strong determination and commitment. We’re excited to be able to count on their hard work and dedication to deliver even stronger results.”

Meanwhile, Tommaso Volpe, Nissan’s global motorsports director added: “Seb and Oli have done a great job for us. We welcome the stability and consistency that retaining them brings to the team. We look forward to building on our previous successes.

“However, winning is not our only goal in Formula E. With each race we learn more about every aspect of our high performance EVs, which then informs our road car development. Through racing, we are continuously advancing our EV expertise.”