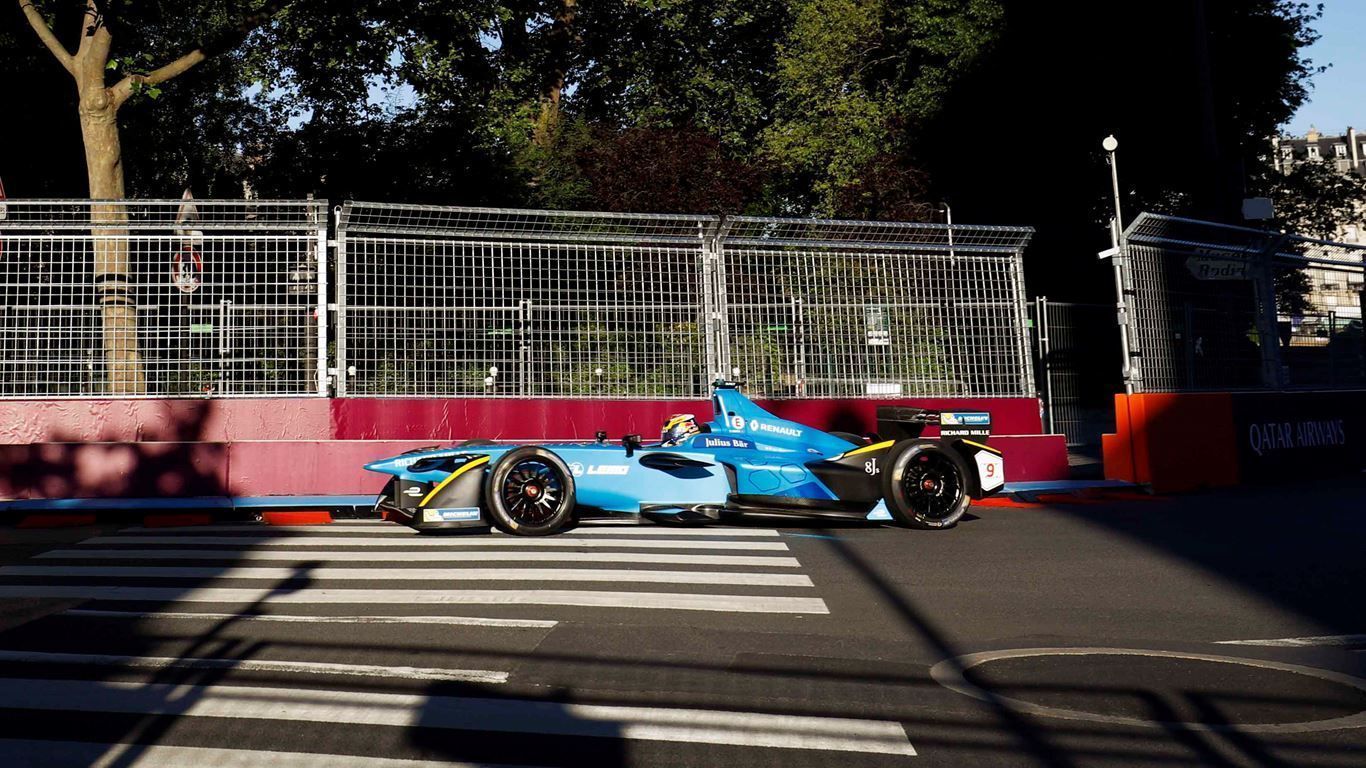 Sébastien Buemi has taken his fifth win of the season on another non-exciting race. The e.Dams driver makes his gap on the championship considerably bigger as Di Grassi and Vergne have scored no points. Second and third place have been for Lopez and Heidfeld, respectively.

The race began and Jean-Éric Vergne almost overtook Sébastien Buemi, but the Swiss driver managed to keep first place. Jose Maria Lopez nearly collided with Vergne, but there were no incidents on the first lap. With three laps completed, Buemi had already a one-second gap to Vergne.

On lap 7, Esteban Gutierrez was driving very slowly and lost his fifth place to Felix Rosenqvist. The next group caught the Mexican driver. Behind them, Lucas Di Grassi was on fifteenth place and was trying to overtake Tom Dillmann, but the Brazilian driver got passed by Antonio Félix Da Costa.

On lap 16, Di Grassi and Da Costa collided. The Portuguese had to retire and a Full Course Yellow was set. Under this situation, most drivers did the car change. Green flag came back on lap 23 with Mike Conway, who hadn’t stopped, leading. Di Grassi took advantage of the chaotic situation to improve to tenth position. Three laps later, the Brazilian used his FanBoost to overtake Nico Prost and move up to eighth place.

On this same group, Robin Frijns overtook Gutiérrez, who would also lose seventh place to Di Grassi and eighth to Prost. However, the Brazilian and Adam Carroll were given a Drive-Through Penalty for not reaching the minimum Pit Stop time.

On the lead, Vergne was catching Buemi, but the French driver made a mistake on lap 34 and hit the wall. He retired and the Safety Car was deployed. With the accident, Lopez was now second with Heidfeld third.

On lap 38 green flag came back and Lopez got really close to Buemi, but was unable to overtake him. Di Grassi, who had no option to score any points, pitted and his car was set to get the fastest lap, which he did. Buemi pulled away from Lopez. A five-second penalty for Frijns, Dillmann and Gutiérrez for speeding under FCY was announced. On lap 43, Sam Bird, also running outside the Top 10, took the fastest lap from Di Grassi.

With two laps to go, Di Grassi hit the wall frontally after a lock-up. Safety Car was deployed again and the race ended with it on track. On the last lap, Daniel Abt‘s car stopped and left his team with no points.

The race finished with Buemi winning his fifth race of the year and widening his gap in the championship. Lopez has finished second and gets his first podium on the series, while Heidfeld has finished third. Rosenqvist, Prost, Frijns, Nelson Piquet Jr, Dillmann, Mitch Evans and Stèphane Sarrazin complete the Top 10.

With these results, Buemi has now 132 points in the championship, followed by Di Grassi with 89, Prost with 58, Heidfeld with 47 and Vergne with 40. The next race will be the Berlin ePrix, the first double-header event, on 10th and 11th of June.