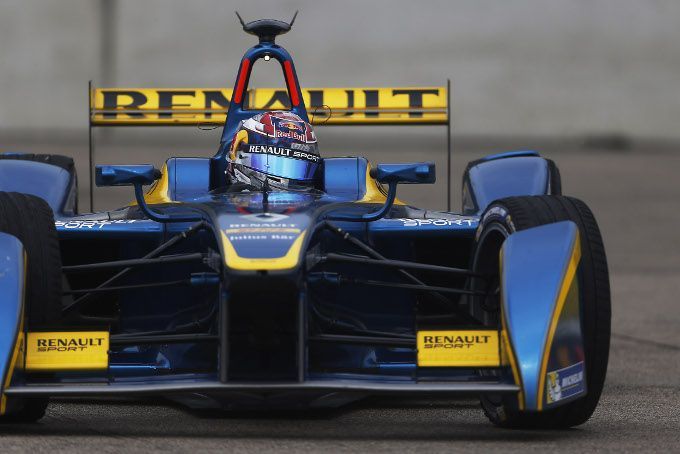 The swiss driver of e.dams Renault team , Sebastien Buemi, has been the fastest in the two free practice sesión of Moscow E-Prix.

In the first free practice, behind Buemi ended his team-mate, Nico Prost. A meeting dominated completely by the two e.dams. Buemi already that took him out to the third classified more than two seconds. The third place has been taken for Bruno Senna. The Mahindra driver takes a season quite discreet but it can’t be knowing whether it will be strong here, the first meeting of free practice  is often used to learn the circuit and prepare setup.

The top ten in this first session is completed by Sarrazin, Abt, Di Grassi, Heidfeld, Vergne, Piquet and Da Costa.

In the second meeting, the distances between Buemi and the rest were reduced. The second classified, Jean-Eric Vergne, ended in just 0.2 seconds of the Swiss driver. The third position was for Nelson Piquet Jr, the leader of the championship it looks like it’s going to have to fight with Buemi in this race, since there are only 2 points of difference in the championship.

The fourth best time has been to Da Costa, behind finished Di Grassi, which after being disqualified from the last E-Prix, has lost the leadership of the championship. The top 10 is completed by: Heidfeld, Chandhok, D’Ambrosio, Sarrazin and Prost.

The qualyfication session from Moscow E-Prix will start at 11:00 CEST.