Sebastien Buemi has lost ten valuable points in a Formula E championship that now leads with a 22 point lead. The Swiss driver has been disqualified from the first race in Berlin due to technical irregularities in his car.

Sebastien Buemi, current Formula E champion and leader of the 2017 Formula E World Championship, has been disqualified from the first race of the Berlin ePrix. The Swiss driver started from 14th place after a very poor classification, but has been able to fix the broken plates in race with a great comeback to the fifth position. Buemi had to risk a lot on the track and make many overtaking to the limit to take ten good points.

However, these efforts have gone to waste upon completion of the race. In the technical review of the FIA ??to the Renault e.Dams of Sebastien Buemi an irregularity was found in Article 25.11 of the Formula E sports regulations. This was due to not reaching the minimum pressure of 1.60 bar in the four Michellin tires in his car, an infraction punished with the disqualification in the race and the loss of all points obtained.

So his team-mate Nicolas Prost is up to fifth as the rest of the drivers in the standings gain a place in the final table of the first race of the Berlin ePrix, which tomorrow will dispute a second race. In terms of championship, Lucas di Grassi has remained 22 points with Buemi in the second year in a row that these two drivers are disputing the champion’s trophy. 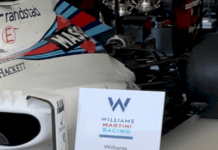 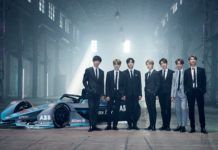