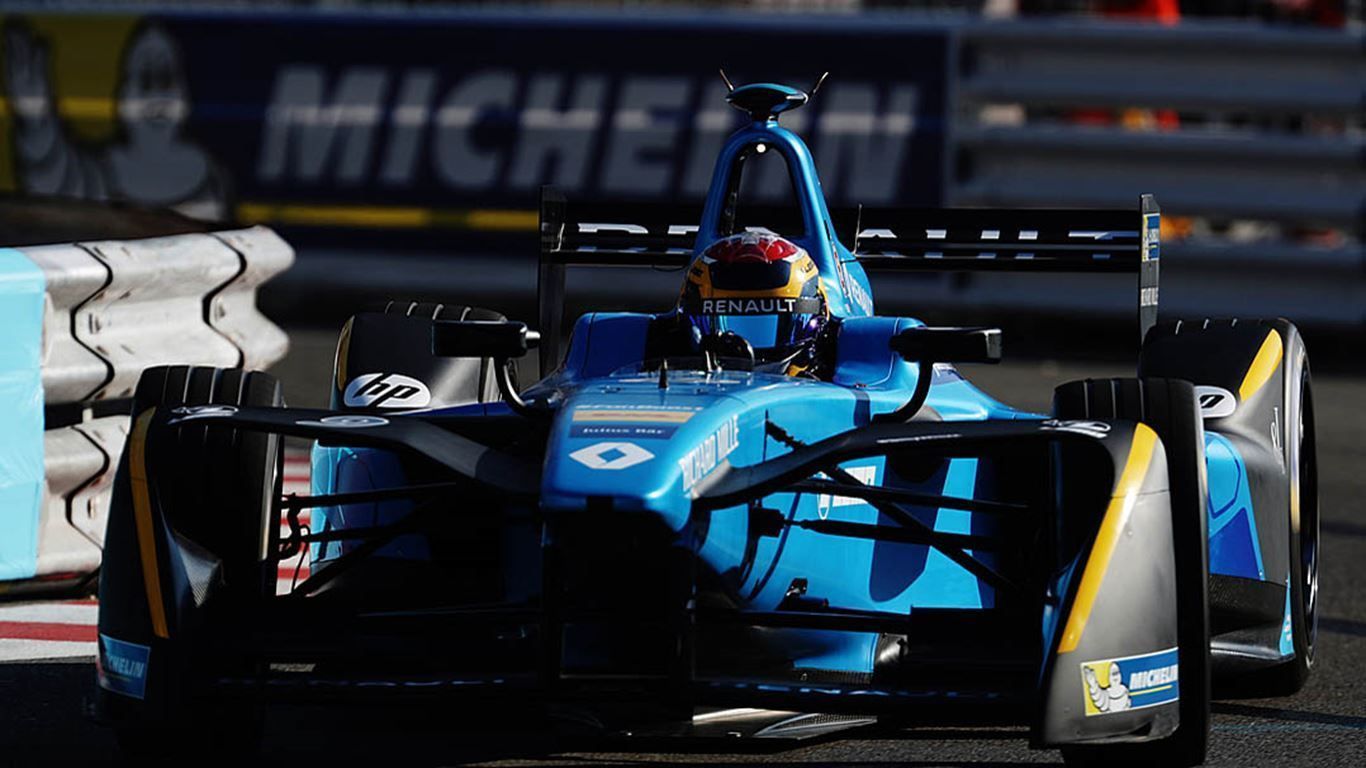 Qualifying session for Monaco ePrix has finished with championship leader Sébastien Buemi clinching his first Pole of the season. Behind the Swiss driver have qualifyied Lucas Di Grassi and Nelson Piquet Jr.

Session began with Antonio Felix Da Costa being the first driver on track. Once every driver from Group 1 had set a lap, championship leader Sébastien Buemi was in first place with a 53.413 and kept this lead until the end of Q1.

A few minutes later, it was time for group 2 to qualify, with e.Dams driver Nico Prost first on track. The French driver did a messy lap on which he was about to hit the wall in multiple ocassions and set a bad lap. The other drivers did no better, with Esteban Gutierrez, third behind Buemi and Loïc Duval, being the only driver able to reach times from group 1. On his last lap, Nick Heidfeld was also able to improve and moved up to second.

Q3 started with Lucas Di Grassi, one of the main candidates to clinch Pole, on track. However, the Brazilian driver was unable to beat Buemi. Sam Bird moved up to fourth but Venturi drivers were the surprise, specially Maro Engel, who became the new leader with a 53.397.

Last group drivers started their fight to enter in Superpole. Daniel Abt did a very good first sectors but didn’t make it to the Superpole. Josè Maria Lopez moved up to sixth, with Nelson Piquet Jr. Fourth and Jean-Eric Vergne first. Felix Rosenqvist was the last driver to set a lap but finished sixth, only 0.053 seconds behind Di Grassi. Session ended and Vergne, Engel, Buemi, Piquet and Di Grassi would fight for Pole.

On Superpole, Di Grassi was the first one to do his lap. Despite being about to hit the wall in last corner, he set a decent 53.550. Piquet was the next one and, after a great third sector, he finished 0.056 seconds behind Di Grassi. It was time for Buemi and the Swiss driver set a 53.313 that put him on provisional Pole with Engel and Vergne yet to do a lap. German driver’s try was not good and, after being close to have an accident, he finished more than one second behind Buemi. Vergne was the last driver to set a time, which wasn’t competitive at all and put him in fourth place.

With that, Buemi takes Pole and there are now five Polemen in five races this season. Di Grassi will start second with Piquet third. Monaco ePrix race is set to begin later today, at 16:00 local time.