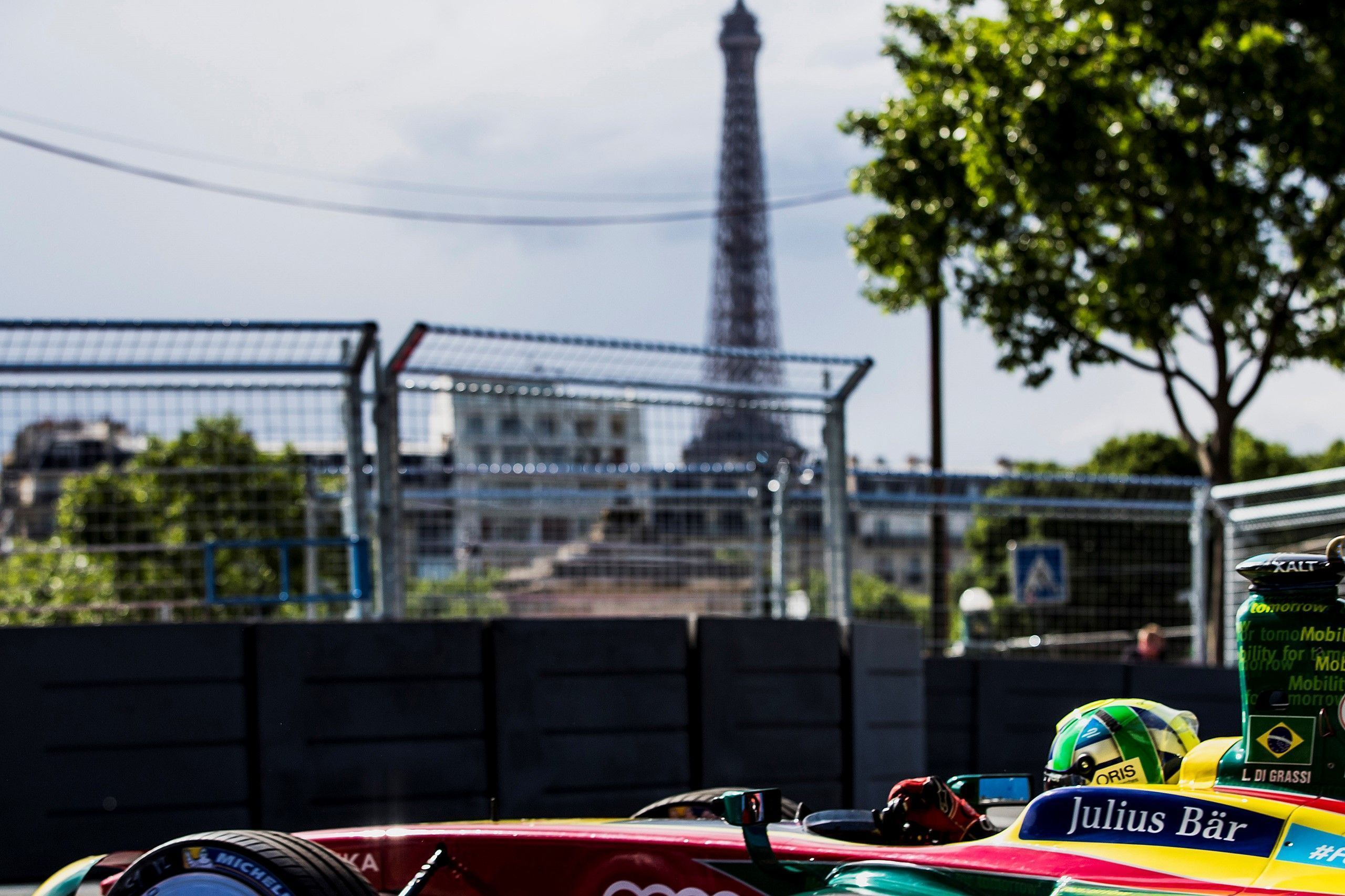 On the first session, it was Sébastien Buemi who took the best time. The Swiss driver was the only to use qualifying mode and set a 1:01.998 that was still away from last year’s Pole. Jose Maria Lopez finished in second place seven tenths behind Buemi and Jean-Eric Vergne was third and the first among the French drivers.

Session had to be stopped a few minutes after its beginning as Sam Bird‘s car stopped in the middle of the track. This was not the only incident for DS Virgin Racing since Jose Maria Lopez hit the wall frontally, also in the first minutes. However, the impact was not strong and he suffered minimal damages. On his debut on the series, Tom Dillmann put his Venturi in 17th position.

Already in FP2, Lucas Di Grassi took the best time with a 1:01.359 set on the last minute of the session. Lopez finished second again, 0.2 seconds behind Di Grassi and Buemi was third 0.222 seconds behind the Brazilian driver.

It was almost an incident-free session. The only incidents were minor and included a spin by Mike Conway, who returns to the series replacing Loïc Duval in Faraday Future; and a wide-run for Esteban Gutierrez.

And that’s everything for Paris ePrix free practices. Qualifying will start at 12:00 local time, while the race is set to be held at 16:00.