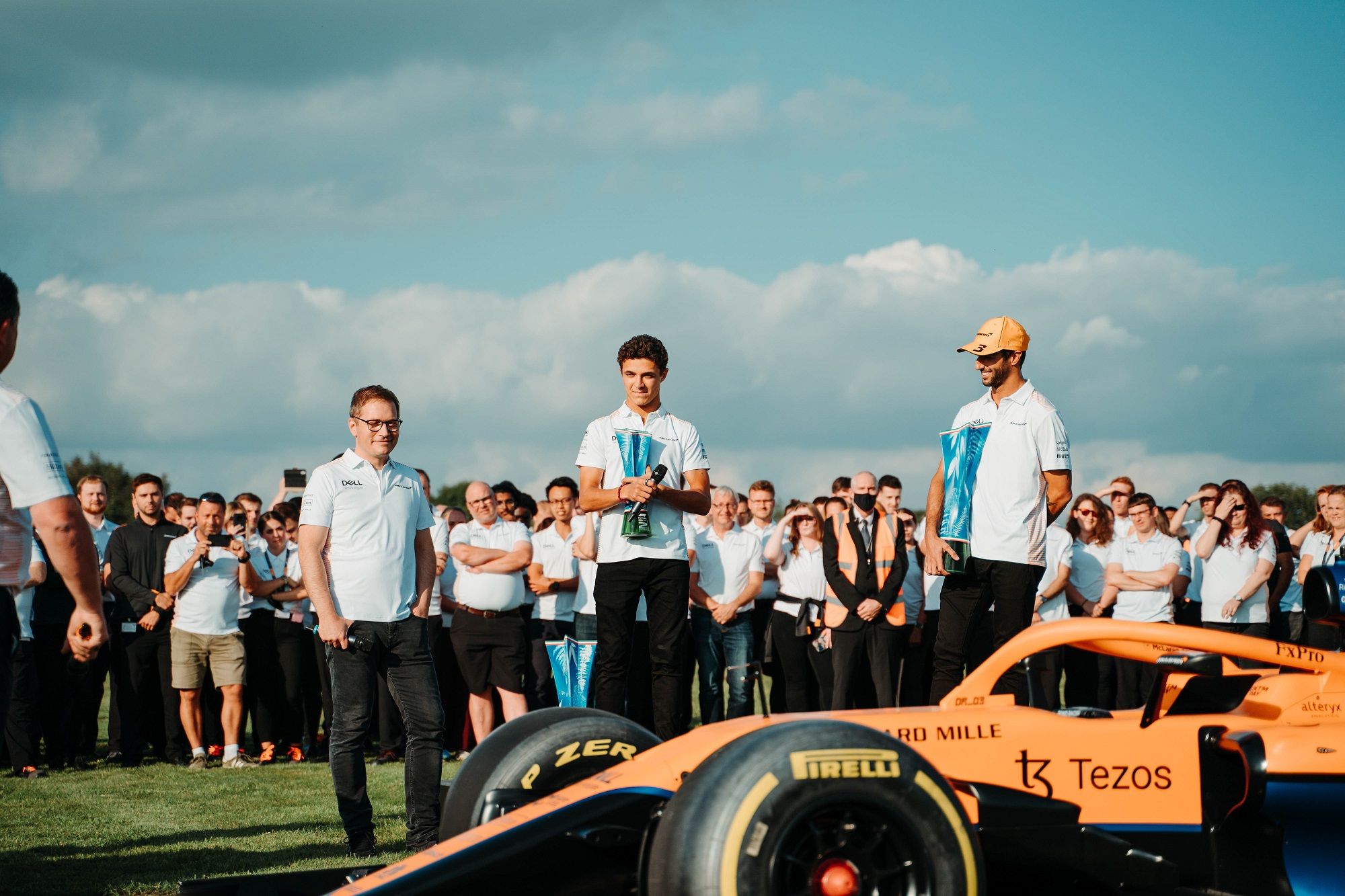 Zak Brown says Andreas Seidl has taken the pressure off his shoulders by handling the McLaren F1 team to its best abilities.

Seidl joined McLaren during the 2019 season in the team principal role which actually relieved Brown from being full-time on F1 side. It allowed him to take up a larger role overlooking various racing programmes of the British car maker.

IndyCar was one of the biggest step that Brown took outside F1 with McLaren also now preparing for a Extreme E run, with decision on Formula E and or WEC pending. The F1 workload fell into the shoulders of Seidl, who led the team convincingly.

He has the able support of Andrea Stella, James Key, Paul James and more. Having helped McLaren to steadily move up the order after few years of trouble, Brown has hailed the work of Seidl who seems to have successfully transition himself from WEC to F1.

Brown notes that Seidl has taken off the pressure from his shoulder massively and that their working relation has been top notch. Amid the likes of Toto Wolff, Christian Horner and Mattia Binotto, the American terms the German as the best team principal in F1.

“He’s taken a tremendous amount of pressure off my shoulders and put it on his shoulders,” said Brown when asked by FormulaRapida.net. “He is solely responsible for the on track performance of our Formula 1 team and he’s done an outstanding job. I think he’s the best team principal in Formula 1 [right now].

“He is laser focused, he cares a lot about the team and the people and their well-being but pushes very hard to make sure that they have the right resources. The collaboration between Andreas and I is awesome, we get along great, very complimentary, contributions I make to the racing team and the contributions he makes, there’s no overlap there.

“He runs the racing team, it’s his show and he’s done a great job. If you look at what he’s done since we’ve started, team morale, people that we have, the retention, the on track results, we have a great working relationship and we have a lot of fun together and I think that high performance fun culture is coming through and responsible for results we’re getting. I’m very happy with Andreas’ leadership and contribution to the racing team,” summed up Brown.