Home Single-Seaters Indycar Brown says Alonso will be terrific in IndyCar but desire is less... 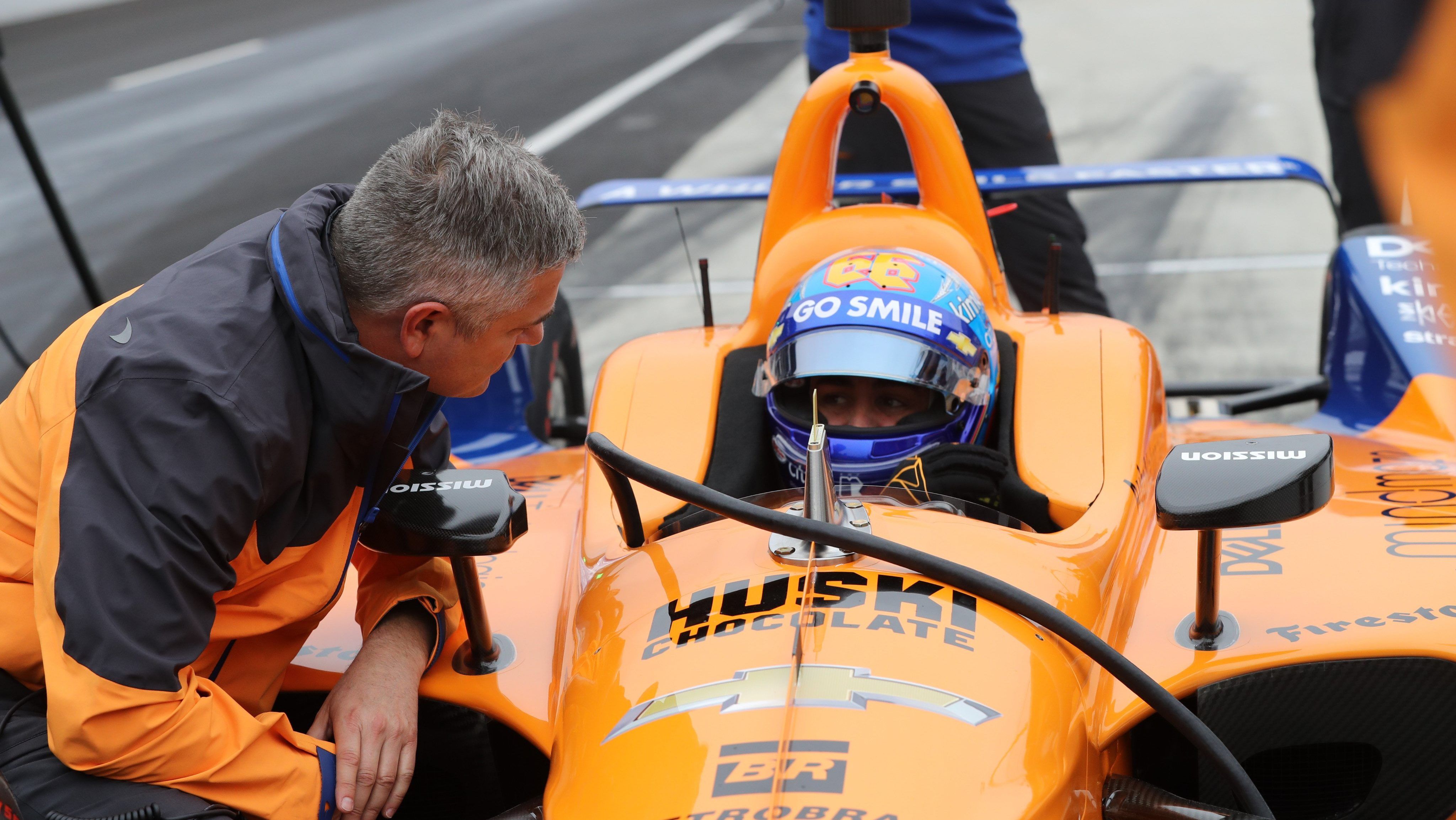 McLaren Racing’s Zak Brown is certain that Fernando Alonso will be outstanding in IndyCar but admits his desire is less for a full season.

In doing so, the American team is moving on from Honda to Chevrolet in the push to be more competitive and challenge the field ahead to fulfill McLaren’s title aspirations – both teams’ and drivers’.

With the first hurdle cleared, the focus shifts to securing the driver line-up for 2020. Currently, they have James Hinchliffe and Marcus Ericsson, with the latter having a contract until the end of 2020.

While the suggestions are towards the fulfillment of the deal but the confirmation is yet to come. Another big names linked to the seat is former F1 driver Alonso, who is looking to win the Indy500 event.

The Spaniard indicated about not competing full-time, which Brown thinks is the case still, even though he feels that the two-time F1 champion will be outstanding in the premier American single-seater championship.

“Fernando is well aware of everything that’s going on with our IndyCar activities and has been for some time,” said Brown to McLaren’s website. “I don’t think his desire to win the Indy 500 has diminished at all.

“He has not shown an interest, yet, I should say, in a full season of IndyCar. He’s coming off the back of 20 years of lots of racing and I think he wanted to take the second half of this year to see what he wants to do in the future.

“I think he would be an outstanding talent in IndyCar. Knowing him and his driving style as I do, he’d be immensely successful, be welcomed, and would enjoy it.

“But Fernando is the type of individual that you put the opportunity in front of him and let him make his decision. So I’ll be picking that up with him in about a month’s time, but I would not anticipate him having a desire to do a full season in 2020.”

Alonso will be with McLaren during the F1 Italian GP at Monzo and probably the two will discuss about the possibilities. In the meantime, Brown’s phone has been busy with calls from various drivers.

At the same time, he did not rule out on having a McLaren IndyCar driver to test its F1 car is there is a genuine driver showing the capability to be able to race in the pinnacle of motor racing.

In addition, Brown also cleared that the IndyCar programme will not create issues for its F1 counterparts. “If we feel that one of our IndyCar drivers has a credible chance in F1, then for sure, we would look to put that driver in for some rookie testing,” said Brown.

“I think that’s one of the exciting things about a combined F1 and IndyCar effort is it will create opportunities for drivers and engineers, especially as we look into the budget cap and F1 will start to change. There will be different ways to deploy our resources.

“But specifically on drivers, the answer is yes for the right one. On the other side, our F1 programme and its success remains an absolute priority for McLaren and therefore it is an entirely separate programme from the IndyCar partnership.

“McLaren is a major global racing organisation like others who compete in multiple series. A dedicated group of people in McLaren Racing will work on our IndyCar programme and they are not involved in the F1 operation.

“In time, certain common facilities may be shared between the two programmes, reducing the cost burden to the F1 team. Additionally, the commercial benefits of multi-series partnerships will have a positive impact on the F1 programme, supporting additional investment in facilities and resources such as the new wind tunnel.”

When asked about the 2019 Indy500 debacle, Brown took it more on the chin and worked to resolve the issues faced then rather than sulk down and move away. It was more of ‘soul-searching’ which led to the current plan.

Regarding the rest of the 2019, Brown said Gil de Ferran will be attending some of the IndyCar races to get back into the American racing mode after some time in F1. He added there will be visits of more personnel.