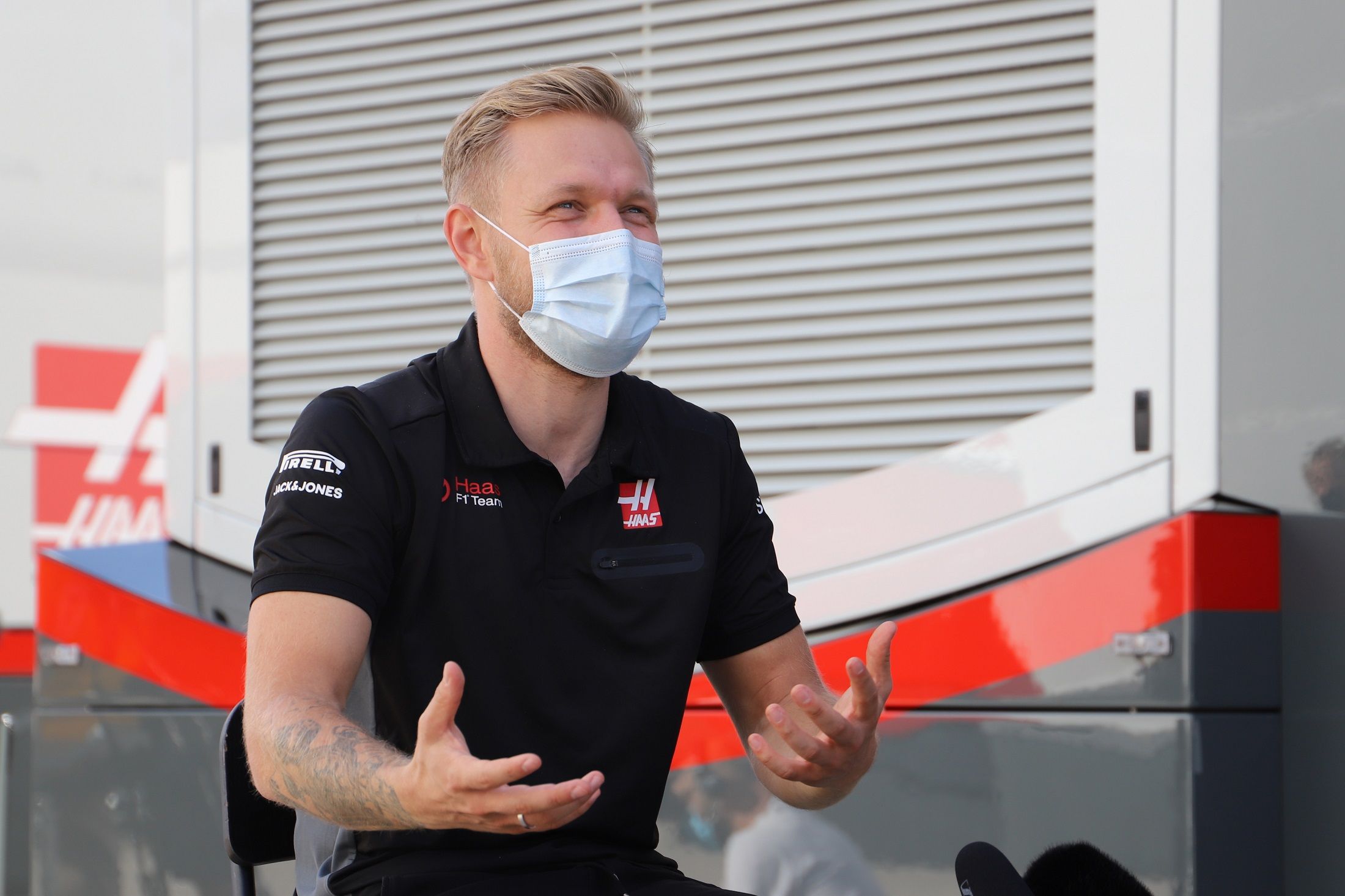 Zak Brown ruled out Kevin Magnussen and also Sergio Perez from his IndyCar line-up as Guenther Steiner praises Colton Herta but says he’s not in frame for Haas F1 seat.

With each driver announcement of the deluge that have occurred in 2020, there comes the question of ‘What happens next?’. And, with many of F1’s free agents in this season, the list including Perez, Grosjean and Magnussen, one feasible answer is a move to IndyCar.

Within the increasingly-competitive American open-wheel series, seats are available within top teams. This fact, combined with the series’ boom in relevancy across Europe and elsewhere outside of the United states, has made this a more viable proposal. An expansion of road and street course rounds in IndyCar has also helped to draw drivers who oppose oval racing – of which there are many in F1 – to the series.

Seats are available, too. With Arrow McLaren SP having let go of their rookie Oliver Askew a car is without a driver at the promising team, and though Felix Rosenqvist is tied to the opening, his departure from Chip Ganassi Racing would leave yet another vacated seat at the sharp end of the grid.

Other options exist at the likes of MSR, who wish to expand their line-up, as does an availability at Andretti Autosport in the wake of their divorce with Zach Veach. Suffice it to say, there are options for those whose future in F1 is uncertain.

However, McLaren boss Brown ruled out Magnussen as an IndyCar driver for the team which he has the duty of overseeing, and though he did not exclude Perez as an option in an absolute manner, he said with some degree of confidence that the Mexican will stay in F1.

He adds that the team are unlikely to field a third car for more than just the Indy500 – a fact that limits the chances of either driver, as the outfit already have their eyes on talent within IndyCar to drive their second entry. “I think Kevin Magnussen is a very fast driver, very aggressive, which I think fits IndyCar driving styles, so we do have our driver line-up sorted,” said Brown.

“One of those drivers announced, Pato, one yet to be announced, so I don’t think there is a window of opportunity for Kevin in our IndyCar team. Had there been, he would definitely have been considered. Sergio Perez, too, is an extremely good talent and someone that would be great to have in an IndyCar but I suspect he’ll stay in F1, but I  don’t know that for sure, but I think a third car for us, other than at the Indy 500, is unlikely.”

Another opening could exist at Andretti if Colton Herta were to exit the team in a move to F1, perhaps with Haas – a team who have expressed a keen interest in taking on an American driver. Steiner, though, ruled this out entirely, not allowing any speculation to arise, as they have not spoken with the American, who became the youngest winner in IndyCar last year.

“I think Colton Herta is doing very well,” said Steiner. “He’s one of the drivers when I watch IndyCar and I’m back in the States, actually. I think he’s doing a great job there. I haven’t spoken to him so we stop this speculation. We have had to stop speculation lately. But I respect a lot what he does. He’s very young, I think he’s got a great future but I think he’s pretty happy where he is at the moment, and therefore we didn’t talk to him.

“It is also always difficult… I know that he raced in Europe before and all that stuff but he’s in his second season in IndyCar and he’s with a good team there and the investors, I think they want to see him there but I haven’t spoken with him, but I have the utmost respect for him, what he’s doing there but he will not be in our car next year,” Steiner continued.

One other seat that could have been a possibility was counted out on Saturday morning, as Rahal Letterman Lanigan Racing re-signed their two-time Indy500 winner Takuma Sato. It will be his fourth IndyCar season with them, having joined in 2018.

“I am very excited to continue with Rahal Letterman Lanigan Racing for the 2021 season,” said Sato. “The 2020 season was an unforgettable one for many reasons. Needless to say, it was an extremely challenging situation world wide but the team continued to work very hard to be competitive under the difficult circumstances and Bobby, Mike, and the entire team deserve huge credit for this.

“Our Indy 500 win was a truly special moment and I want to thank everyone at the team again. We are already focused on the future and I am really looking forward to 2021.” At the same time, RLLR co-owner Bobby Rahal added:

“I am very pleased that we were able to come to terms with Takuma to continue with us in 2021. Clearly it has been a successful partnership over the last several years, culminating in this year’s Indy 500 victory and I look forward to further success with Takuma throughout 2021.”