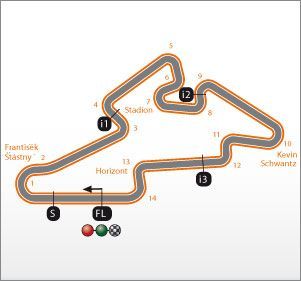 Czechian fans can be proud to keep a MotoGP Grand Prix in his country until 2020, after economical problem that almost caused the non-participation of the Grand Prix this year.

Early this morning CEO of Dorna Sports, Carmelo Ezpeleta announced the agreement to ensure the Autodrom Brno to remain in the 2016 MotoGP calendar and beyond.

“The Czech GP is one of the highlights of the Championship as it’s been on the calendar for 50 years and as we see this weekend again, it’s a very popular event. We are very happy to reach an agreement with the Czech authorities that will ensure the future of the Grand Prix in the Czech Republic for at least the next five years.”

The agreement has been reached with the Moravian government and the city of Brno, both now, the new promoters of the Czech Republic MotoGP Grand Prix for the upcoming years.

Brno has always been an historic race in the calendar. The first race back in 1965 on the original 14 km layout was celebrated as the Czechoslovakian GP until 1987 when they came to the current Brno track. After the separation of Czech Republic and Slovakia, the race wasn’t at the 1992 calendar but revived again on 1993 as the Grand Prix of Czech Republic which it has taken place every year since.

We remember to you that today’s winner was Jorge Lorenzo, alongside Márquez and Rossi in the podium.