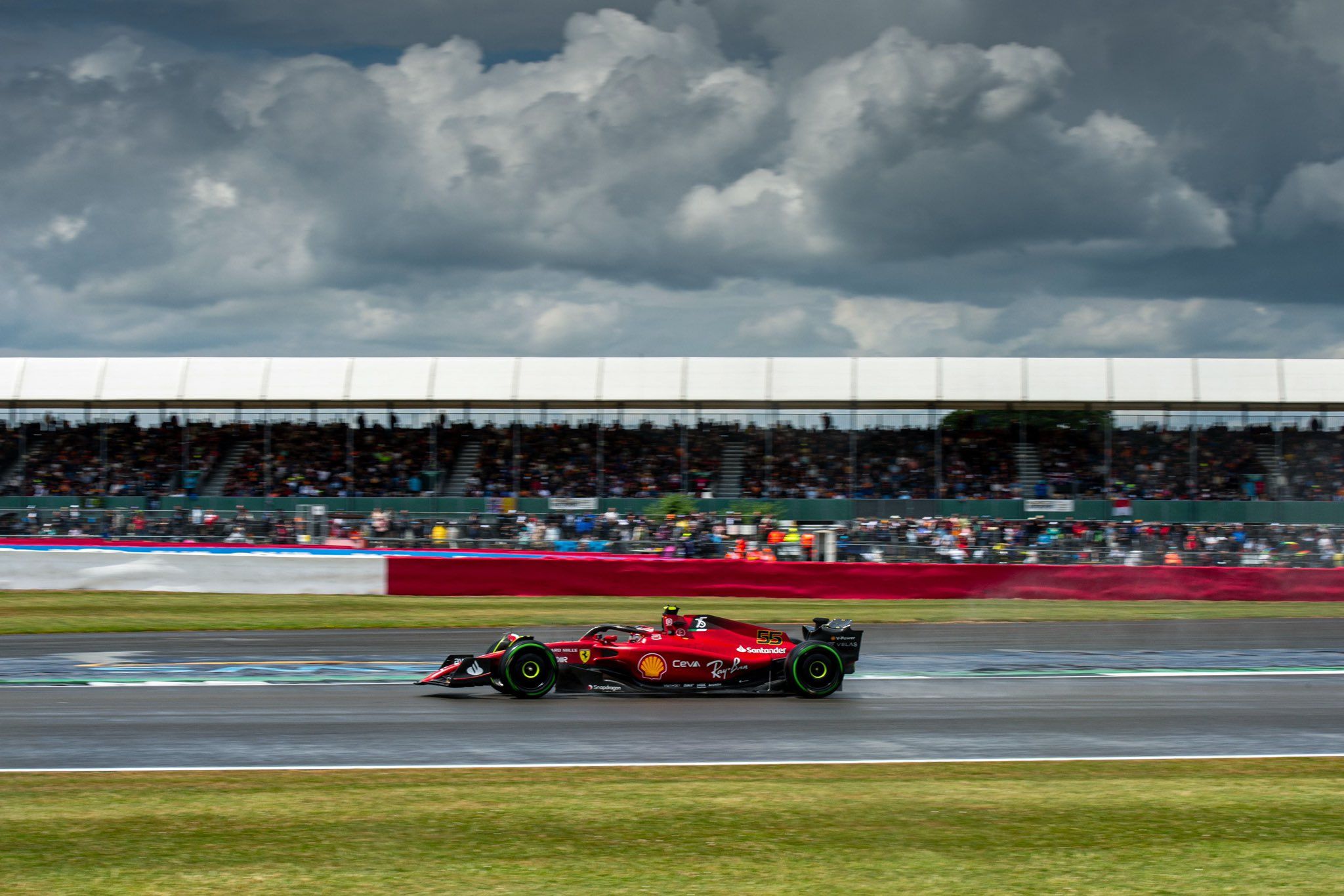 The rain returned for the first part of F1 British GP qualifying at Silverstone with everyone choosing the intermediate tyres. Everyone ventured out to set a lap time barring the two Alpine pair, who only made it out later in the session.

There were some slippery moments from drivers but with the rain stopping, a dry line started to appear albeit the drivers still on the intermediate tyres. Red Bull’s Max Verstappen led the way with a 1m39.129s lap from Ferrari’s Charles Leclerc.

Mercedes’ George Russell ended up third as the bottom end saw Williams’ Nicholas Latifi make it in Q2 by 0.080s over teammate Alexander Albon despite not having the updates. The Thai was knocked out in 16th after his 1m42.089s lap.

The second part of F1 British GP saw more rain and much heavier than the first part. The disrupted the drivers as the session progressed which limited improvements for the all the drivers and sadly that hampered chances of making it in Q3.

Interestingly, Latifi made the cut in the Top 10 as Red Bull’s Verstappen led the way with a 1m40.655s lap from Mercedes’ Lewis Hamilton and Ferrari’s Leclerc. The weather conditions set the results early on with AlphaTauri’s Pierre Gasly (1m43.702s) out in 11th.

The third part in F1 British GP got interesting with more rain in the horizon. The teams ventured out straight up to set a banker lap. In trying to do so, Red Bull’s Verstappen had a 360 while he also had a moment on his second lap where he ran over the kerb.

But he made up for it on the third attempt by going fastest with a 1m42.966s lap. There was a moment for Latifi which resulted in a yellow flag but it didn’t disrupt as much. The final moments saw mistake from Leclerc which left him out of chance.