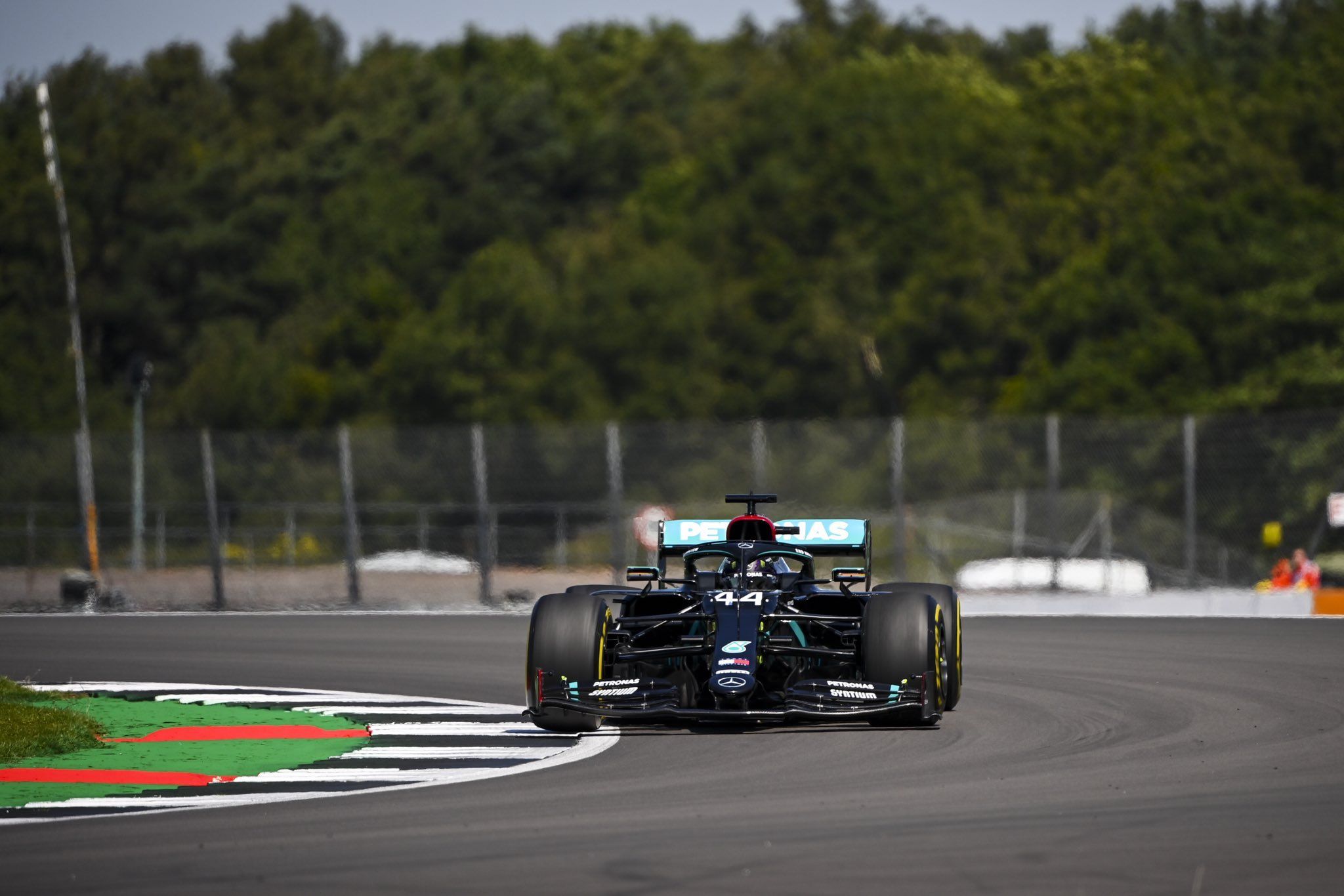 It was a scrappy first session in F1 British GP qualifying at Silverstone with a lot of moments for almost everyone in the field. It eventually led to a spin from Williams’ Nicholas Latifi, who finished last in 20th.

Like how it was in the FP3, Mercedes’ Valtteri Bottas (1m25.801s) led Lewis Hamilton and Red Bull Racing’s Max Verstappen as Haas’ Kevin Magnussen (1m27.158s) just missed on a Q2 spot to be 16th from the two Alfa Romeo Racing drivers.

The tyre gamble was truly on in second session of F1 British GP qualifying with Mercedes, Red Bull, Racing Point and Ferrari’s Charles Leclerc opting for medium compound to set their fastest time and start on the same during the grand prix.

The situation got dicey when Mercedes’ Hamilton spun at Luffield which ruined his lap as Bottas headed the way by over a second. The off brought gravel on the racing line which forced the Race Director to red flag the session with just about nine minutes to go.

Post the red flag, Hamilton was straight out to set his best time and get through to Q3 in second behind Bottas. For their second runs, Vettel switched to medium compound, while Albon and Hulkenberg turned to soft to not be knocked out in Q2.

The other medium runners did change to soft but only for spare run as Verstappen was third. His teammate Albon did not make it into Q3, though, finished 12th on the soft compound with a 1m26.545s after he couldn’t gain time in the middle sector.

He had AlphaTauri’s Pierre Gasly in front as the Frenchman set a 1m26.501s, which was the same as Racing Point’s Lance Stroll, who scrapped through in 10th but on the medium compound. Nico Hulkenberg (1m26.566s) missed out in 13th on soft after a slight twitch.

AlphaTauri’s Daniil Kvyat (1m26.744s) was 14th but he drop to 19th due to a five place grid penalty as Russell (1m27.092s) ended up 15th but is under investigation. Likewise Renault’s Esteban Ocon is also being investigated for impeding Raikkonen in Q1.

The final part in the F1 British GP qualifying started with the incident in the pitlane between Renault’s Daniel Ricciardo, Stroll and Leclerc being put under investigation. On track, Hamilton set the benchmark of 1m24.616s as Bottas fell shot by 0.150s to be second.

UPDATE: Following the stewards ruling, Ocon, Leclerc, Stroll and Ricciardo were cleared of their respective offences but Russell was handed a five place penalty for failing to slow down when yellow flag were waved at Turn 7 during Latifi’s off.

He drops to 19th as a result as Kvyat’s penalty will be applied before his. This helps Magnussen to gain two places to be 14th with Giovinazzi in 15th, Raikkonen 16th, Grosjean 17th and the Russian in 18th as Latifi will start 20th still.