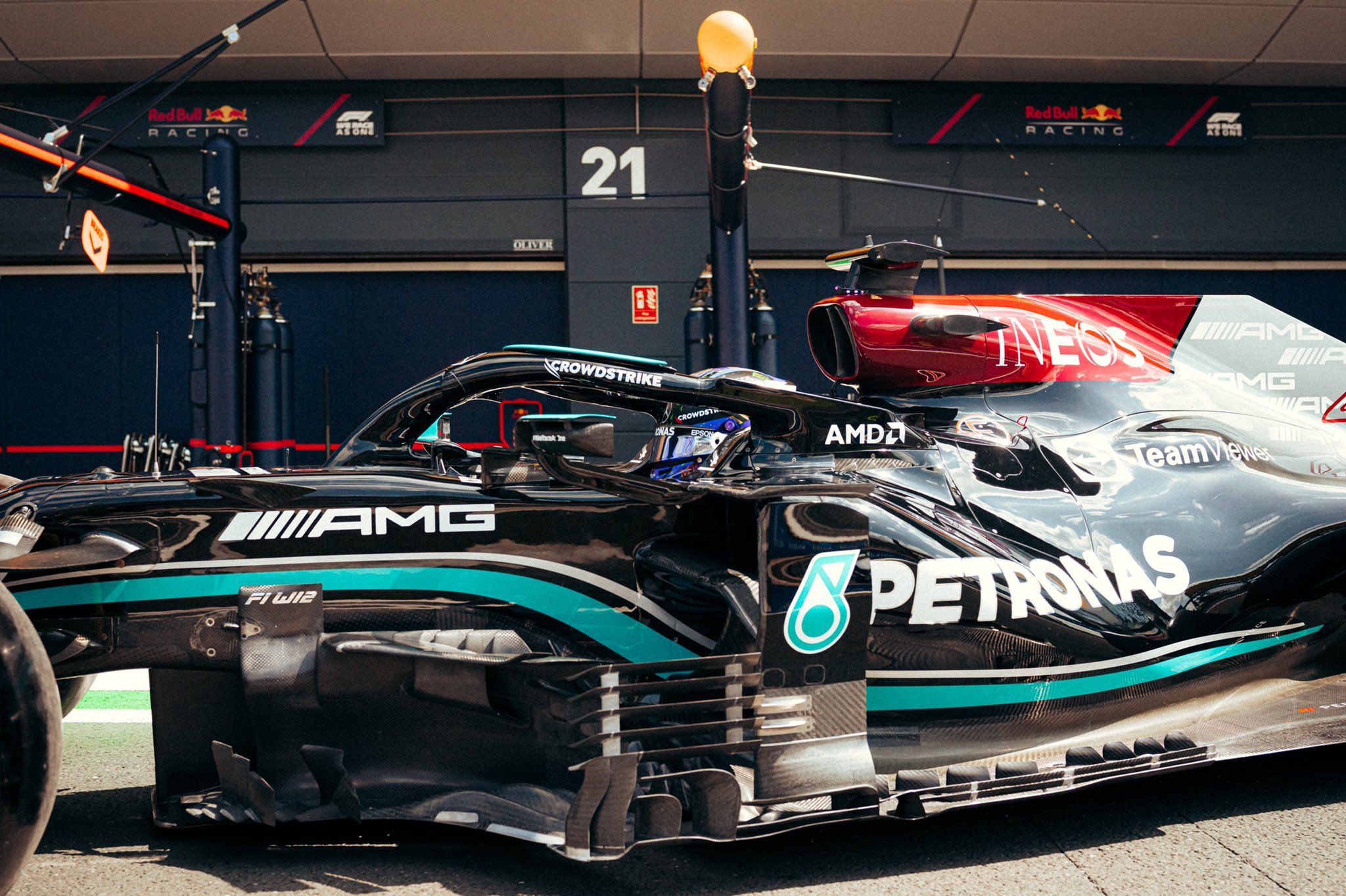 With just the FP1 done, the qualifying was on for F1 British GP in the new format, as the first part saw everyone blasting on lap times on the sets of soft. It was Red Bull’s Max Verstappen (1m26.751s) on top from Mercedes’ Lewis Hamilton (1m26.786s).

He was only 0.035s behind Verstappen but did an extra run, where the Dutchman was the only one to do just the one run and use just the one set. Ferrari’s Charles Leclerc was third after the Monegasque recovered from a final corner moment early in the session.

It was a gamble by Red Bull’s Sergio Perez and Aston Martin’s Sebastian Vettel to not venture out the second time, while they were fourth and fifth. They eventually ended up sixth and eighth, where they were saved by both Alpine not making it in, but Williams’ George Russell made it in after a solid lap to be seventh.

In fact, the two McLarens were separated by 0.002s, with Daniel Ricciardo in sixth. The second run saw Hamilton improving in the first two sectors, but he lost all of it in the final one when he got a twitchy moment, allowing Verstappen to pounce.

But the Dutchman’s (1m26.209s) middle sector was no improvement, which left him 0.075s behind Hamilton, who took the first-ever ‘Pirelli Speed King Award’ by ending up fastest in Friday qualifying in F1 British GP, as Bottas (1m26.328s) rounded out the Top 3.