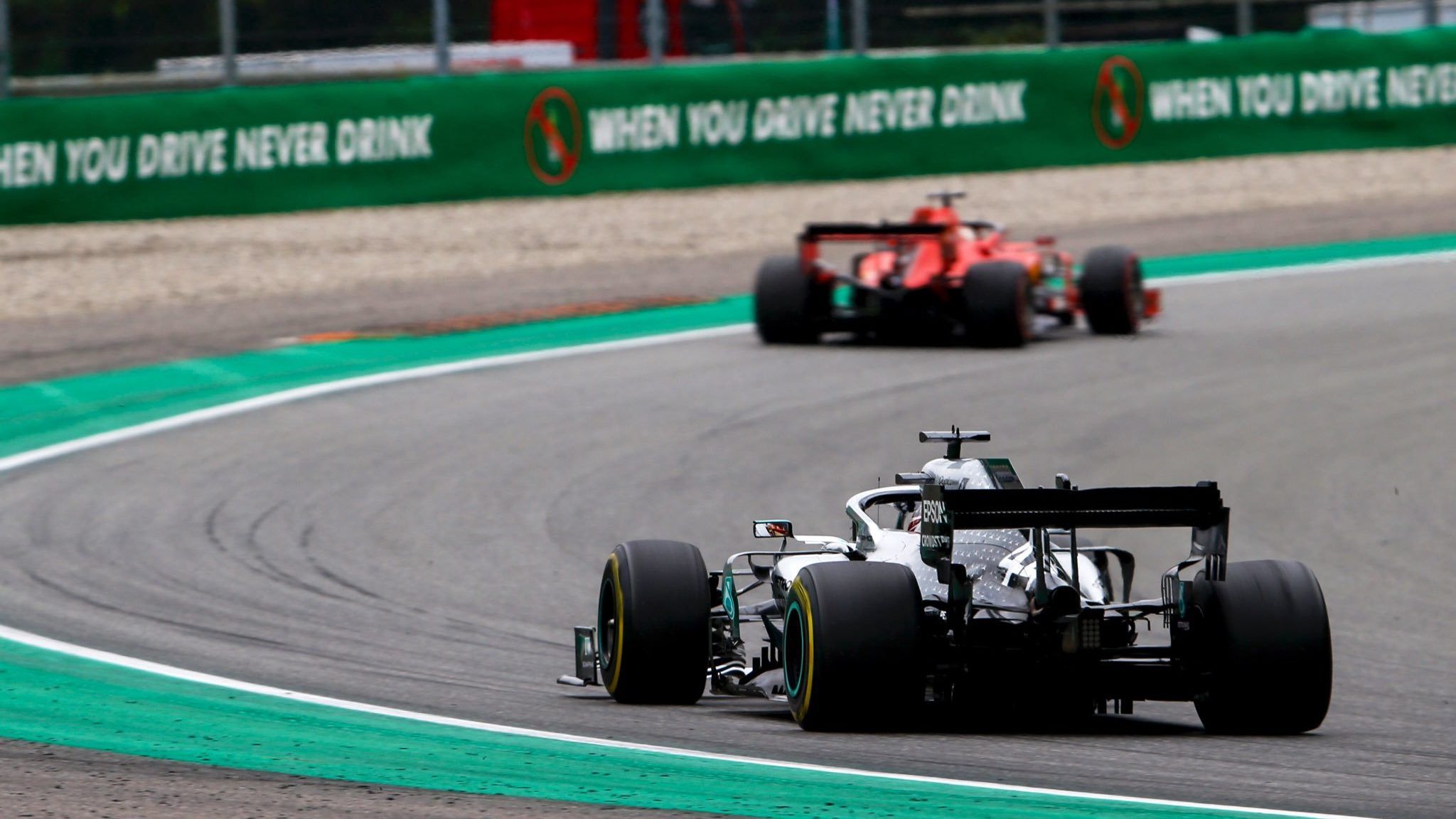 Brawn had nostalgia of the 2003 Italian GP when Ferrari’s Schumacher went wheel-to-wheel against Williams’ Montoya, where the German took the victory after a hefty fight, similar to that of the 2019 F1 race.

Ferrari’s Leclerc started on pole like Schumacher and had an aggressive outing against Mercedes’ Hamilton, which included a black and white flag moment to warn him against fierce defence of his place.

“Clearly, when Ferrari wins at Monza the party really gets going and that’s just what happened on Sunday as Charles Leclerc took the chequered flag at,” wrote Brawn in his usual post-race column.

“Indeed, it reminded me of that 2003 race, when Michael Schumacher, in the F2003-GA, and Juan Pablo Montoya, in an on-song Williams FW25, fought it out almost all race long.

“The battle between Michael and Juan Pablo on the opening lap at the Roggia chicane was very similar to that between Leclerc and Lewis Hamilton at Ascari on lap 23 of Sunday’s race.

“The Ferrari man did not back down and was on the limit of what the rules allow, as great champions always are and have to be. In fact, Leclerc was also very shrewd in the way he handled the situation in that truly bizarre Q3 qualifying session on Saturday.

“Following on from his win in Spa the previous Sunday, Charles had an incredible weekend. The thing that impresses me most about him is how quickly he learns from everything he does, getting better all the time, as a driver and as a man.

“And, as was the case in Belgium, the team did a very good job, for example when it opted to put Charles on the hard tyre thus putting him on a different strategy to Hamilton.

“The overall package might be slightly inferior to that of Mercedes, but Ferrari made the most of what it had, attacking in qualifying and defending tooth and nail in the race, producing its second consecutive win.

“The last Ferrari man to do that in these two races was Michael in 1996. Maybe history is beginning to repeat itself.” He hailed the work of Leclerc and also Ferrari to put up some fight against Mercedes.

But at the same time, he had words of wisdom for the struggling Sebastian Vettel, who had a spin and a rookie mistake, which cost him a chance of a podium at least, if not a race victory.

Like Brawn said before, he insists that Vettel needs the support from Ferrari as much to regain confidence, especially if they are to pose any huge challenge at Mercedes for the 2020 F1 season.

“Only one man in the Ferrari garage had little to smile about on Sunday – Sebastian Vettel,” he started. “The four-time world champion had a really difficult weekend in Monza.

“In qualifying, he felt he’d been let down by his team-mate at the end of Q3 and so was unable to take a shot at getting pole. However, what happened in the race was down to him alone. Sebastian made two mistakes on lap seven, spinning and then hitting Stroll and the errors look even worse in light of Leclerc’s double victory in Spa and Monza.

“It’s an unavoidable fact that no matter who the driver is and regardless of how good things are in the team, your first rival is always your team-mate. To a certain extent, Sebastian is experiencing what he felt at Red Bull in his final year there, in 2014, when he found himself up against Daniel Ricciardo, a youngster setting incredible pace.

“Vettel is clearly one of the greats of our sport (you don’t win four titles without being so), but at this tough time he really needs the support of the team to regain the confidence he seems to be lacking at the moment.

“That, as well as pushing on with the car development, has to be a priority for Mattia Binotto in the coming weeks. It won’t be easy, but it is essential especially in terms of 2020.”