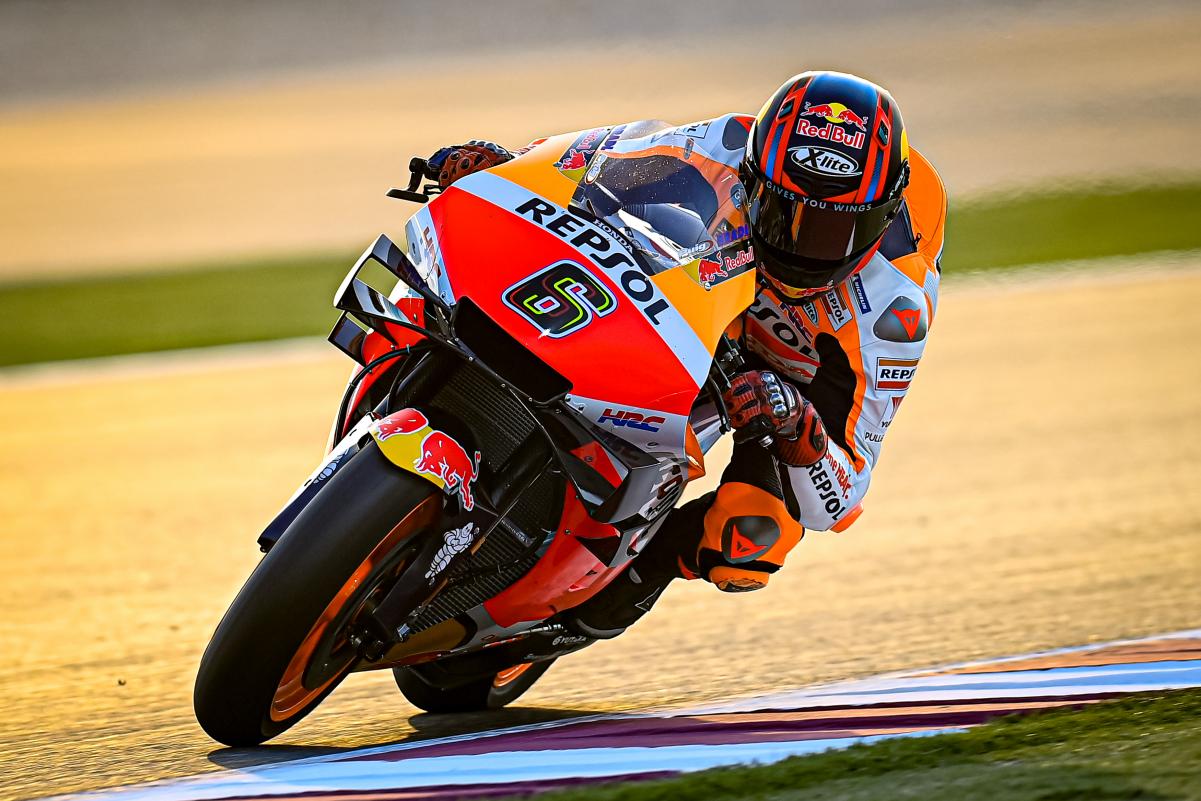 Stefan Bradl will once again fill-in for Marc Marquez to start the 2021 MotoGP season at Losail, as he banks on the pre-season test runs.

After Qatar was cancelled last year, Bradl was promoted to the Honda seat from the Brno round, as he then saw-through the whole of 2020 MotoGP season. It wasn’t easy for the German with no pre-season practice, but towards the end, he managed some good results.

For 2021, though, Bradl took part in the Qatar pre-season tests alongside Pol Espargaro, as Marquez continued on his recovery. With the Spaniard now ruled out of the 2021 MotoGP opener, it gives the German another opportunity to showcase his talents.

While Honda has only mentioned about Bradl racing in the 2021 opener, it is likely that he will also compete in the Doha MotoGP race at the same venue. Marquez is slated to have a medical check-up on April 12, few days before the Portuguese GP event.

“First of all I want to say thank you to HRC and wish Marc all the best on his continued recovery,” said Bradl. “We had a good test and I have been riding well after a busy 2020 and a good start to 2021. Hopefully we can have another strong weekend and gather some good information for Honda.

“It will be great to race in Qatar again, it has been a while since I have raced there but certainly the two tests have me up to speed with the track so I don’t think this will be a disadvantage to us. Let’s start the season,” summed up Bradl.

Much like how it was like last year, Bradl is still the more experienced rider in the Honda set-up, as teammate Espargaro will be making his debut for the Japanese MotoGP manufacturer. “The first race is finally here, I am really excited to get back on the Honda.

“We had a good test and I am looking forward to the first race weekend. There are some things we still need to learn and understand about the bike and it will be an intense opening weekend, but I am excited.

“Racing the Repsol Honda is something most people dream of and I can’t wait to do it. I am not setting a target for the race other than do the best that we can. Let’s put on a good show for all the fans that are at home, it’s time to go racing,” summed up Espargaro.