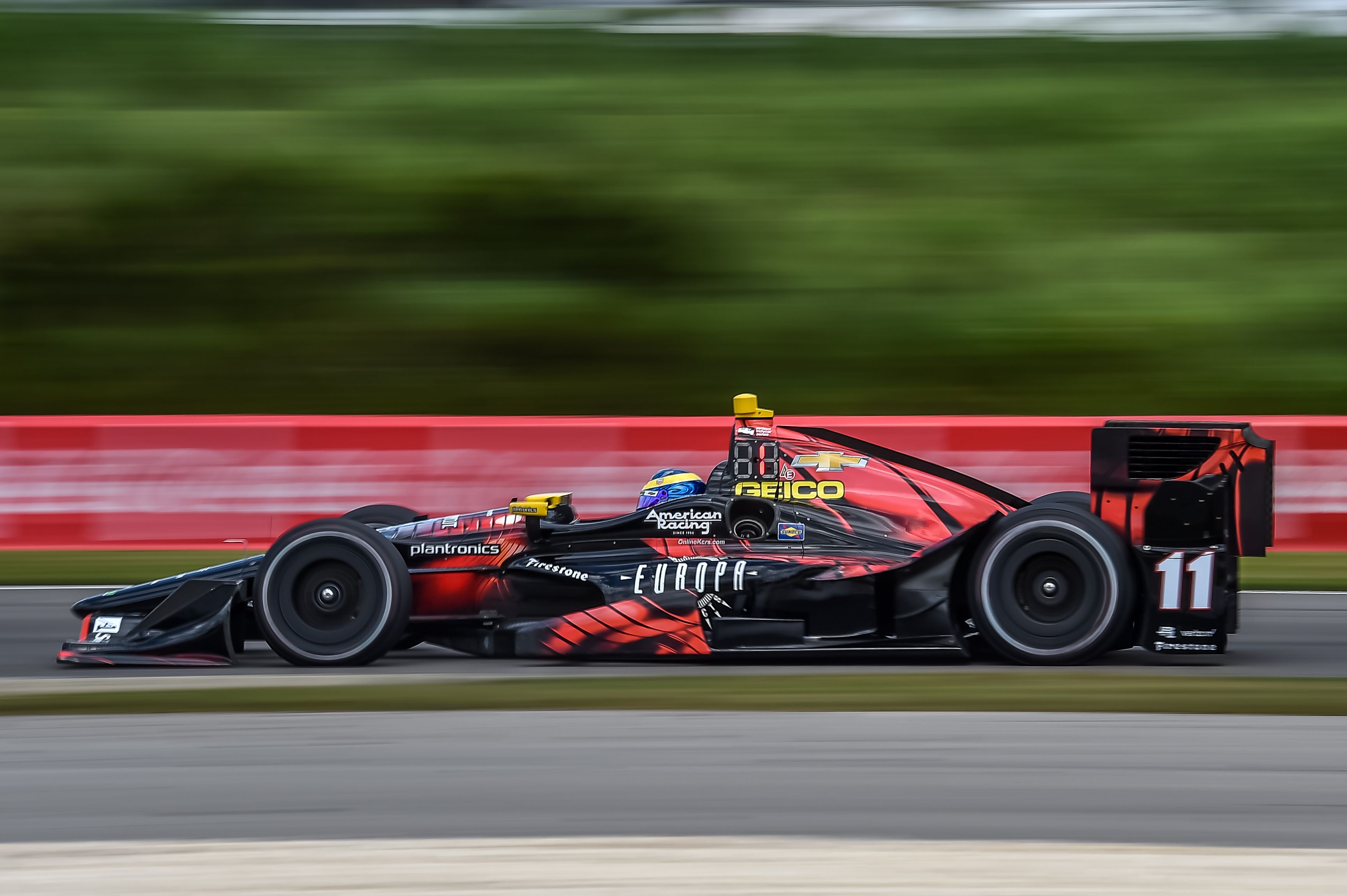 Sébastien Bourdais has taken his maiden win of the season in IndyCar Series at Belle Isle circuit, Detroit (Michigan). The Frenchman thanks to the strategy beat the Penske’s. Connor Daly and Juan Pablo Montoya completes the podium.

Early race, Pagenaud is back in the lead

Simon Pagenaud started for third time this season on pole position. The Frenchman kept the lead at the start in front of Helio Castroneves and Juan Pablo Montoya. James Hinchcliffe took fourth in front of Tony Kanaan and Carlos Muñoz.

The majority of the drivers changed the soft tyres for the hard ones in the early laps. Pagenaud, Castroneves and Muñoz stayed on track but they race strategy get destroyed with the first caution.

The caution caused by a crash of Max Chilton made Pagenaud, Castroneves and Muñoz stay on track until lap 20, the moment when Will Power took the lead in front of Montoya and Hinchcliffe. The driver from Schmidt Peterson Motorsports lock up at turn 7 and lost the control of his car, crashing into the wall on lap 42, causing the second caution of the race.

Meanwhile at the back of the grid Dixon comeback to eight after run on fifth-teen place due to a problem in the pits.

That crash of James Hinchcliffe, changed the pit strategies. The majority of the grid joined the pits but not Montoya, Bourdais or Daly, the guys who finally got the top places at the end of the race, pitting only at the final laps for fuel.

Sébastien Bourdais increased his pace in the final 20 laps and managed to get out of the pits in front of the Penske’s who had to let Montoya go in order to catch the Frenchman. But it wasn’t enough to catch Daly and Bourdais.

It’s all about come from Europe

The KVSH Racing driver won the race in front of Daly and Montoya. The Frenchman now is the 6th driver who has more wins in the IndyCar-ChampCar history.

Out of the podium finished Rahal, Castroneves, Muñoz, Hunter-Reay, Kimball, Kanaan and Rossi completes the top10. Simon Pagenaud who was racing on seventh went out of fuel on last lap and finished 13th.

Anyway Simon Pagenaud is still on the lead of Verizon IndyCar drivers’ Championship, the Frenchman is 59 points in front of Castroneves as Dixon is down to third, with 66 points of gap. Muñoz and Newgarden are equal in points, but they start to be very far from Pagenaud, they have an 86 points of gap already.

Tomorrow IndyCar will host another race, but before that on 15:45 (UK time) the final qualifying to get the starting grid for Race 2 that will start on 20:30 (UK Time).