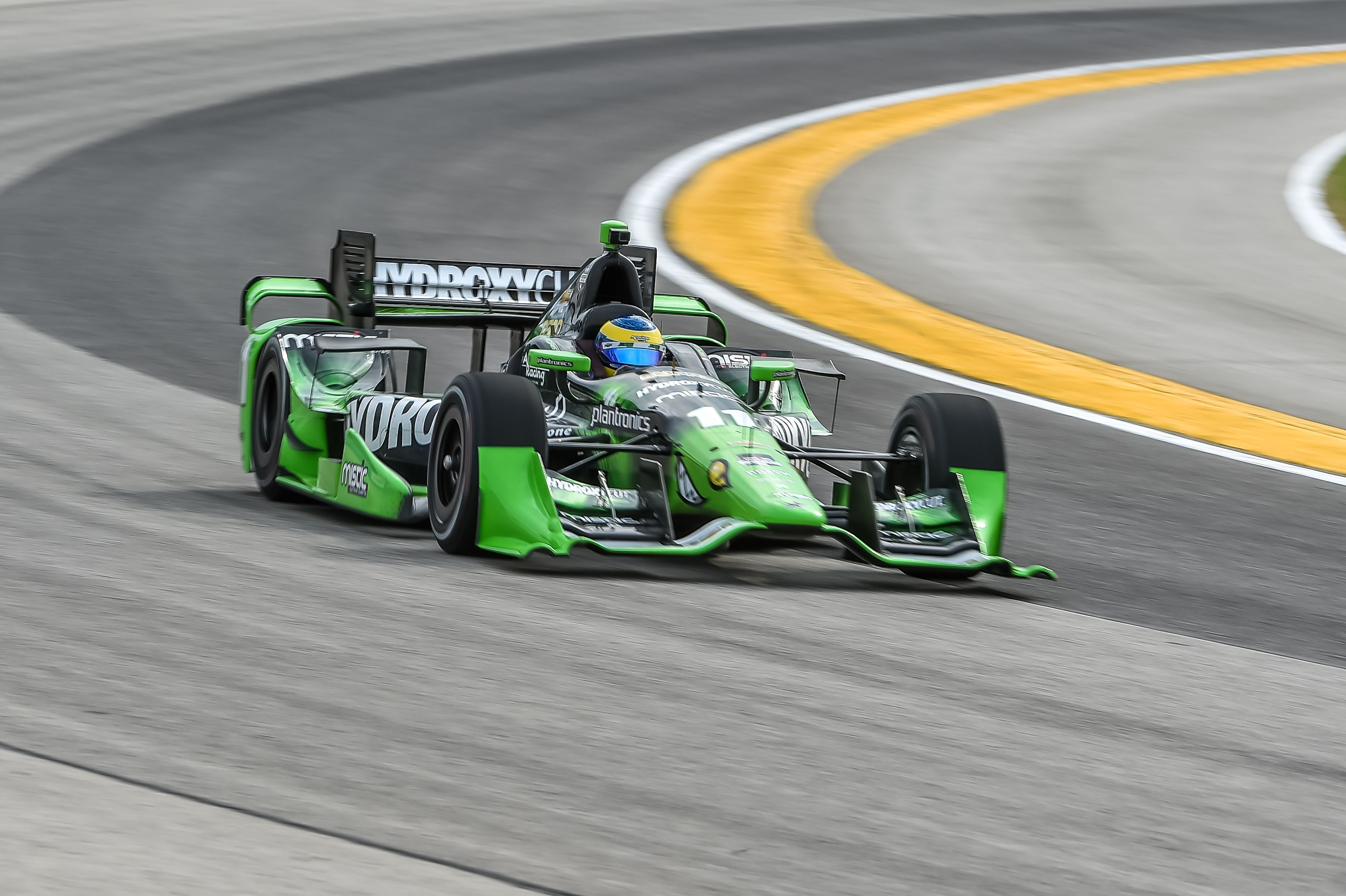 Sébastien Bourdais earns his 34th career victory in the Verizon IndyCar Series, becoming the 7th driver that have more victories in the series history. The win of today at Milwaukee Mile is his second of the season. Castroneves and Rahal completes the podium. Montoya increase his championship point’s advantage.

The today’s race has been presented very exciting. With Newgarden on pole alongside Briscoe, the Penske down in the grid, Dixon starting tenth, all the charm that it always have the Wisconsin 250.

Sébastien Bourdais started from 11th place in the grid. The KV Racing Technology comeback to the top positions after the first pit stop. But the decision of not stop in the first caution, makes him take the lead of the race.

When the Frenchman driver pits for his second time, he lost the lead and get in the track on P13, position that rapidly comeback to get fourth place before the others came in.

This allowed the Le Mans driver to have a 1 lap of gap with the rest of the field. Bourdais came in the pits with 28 laps remaining which he went straight to the checker flag.

It’s the first victory for Bourdais in an oval since 2006 at this track.

Castroneves, a comeback to remember

Helio Castroneves today started from last position. The three-times Indianapolis 500 champion comeback slowly but safely to get the second place at the final laps.

An overwhelming performance from Castroneves who is now fourth in the standings, 69 points behind Montoya who finished fourth, and increase his gap over Dixon. Now are 54 points of margin between first and second. Graham Rahal finished on third place and get third place too in the standings.

Josef Newgarden started from pole and dominated the first 100 laps, but after the pit stops, his car struggled behind another cars, and couldn’t managed to retake that first place.

The best Ganassi driver today was Tony Kanaan on sixth place. The drivers of Chip Ganassi hasn’t been that aggressive that they were in Fontana. Dixon finished seventh, Karam abandon and Kimball was 12th.

Ryan Briscoe once again showed a great skills and a good battles with the leaders, but problems with the air jack at the first pit stop and more problems in the second pit stop, makes him drop positions. Then after the first caution he spun and contact with Power. Both touch the wall and had to retire. Hawksworth, Wilson, Coletti, Jakes and Mann also retired today.

Problems but a final good result

Marco Andretti was the today’s best Andretti Autosport car in the field. The son of Michael Andretti finished on a battled eight place, that keep him on seventh place in the points standings, been the second best Honda in the championship.

Simon Pagenaud like his teammates today had to come back and he did aggressively at the final laps with new tyres that makes him achieves a final ninth place.

Ed Carpenter after had a disastrous season and weekend, was helped by the cautions and the strategy –the same that had Bourdais and Montoya, to finish on the top 10 for first time this season.