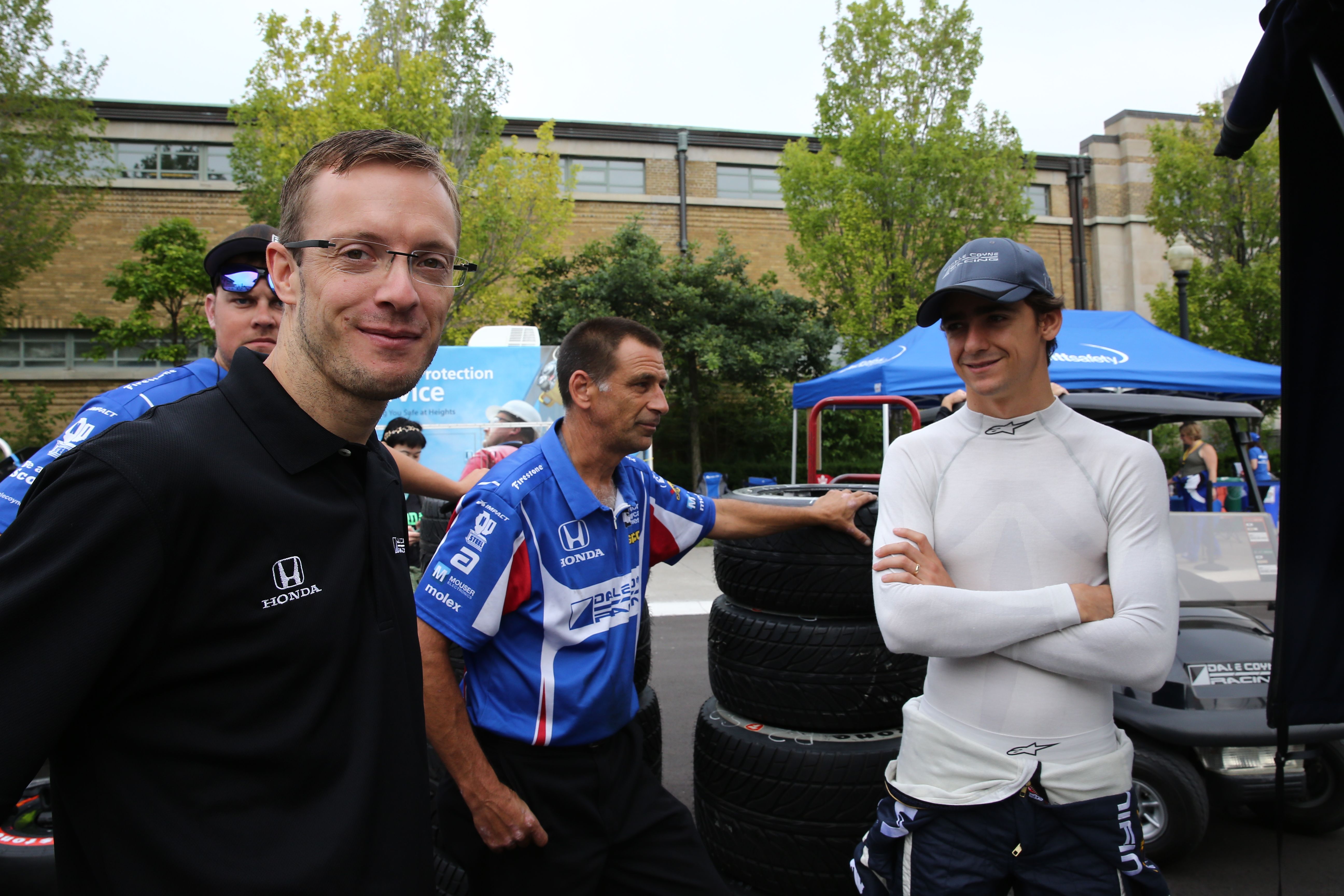 For those on the outside, the 10 weeks it took Sebastien Bourdais to get back in an Indy car flew by. For the Dale Coyne Racing driver, it was an eternity.

Nevertheless, just 72 days after a frightening crash during an Indianapolis 500 qualifying attempt left the four-time Indy car champion with fractures in his hip and pelvis, Bourdais was behind the wheel today for a medical evaluation test at Mid-Ohio Sports Car Course.

And while the 38-year-old from Le Mans, France, isn’t fully cleared by INDYCAR to return to competition just yet, all signs point to it happening soon. Bourdais turned more than 80 laps today – nearly the full race distance of Sunday’s Honda Indy 200 at Mid-Ohio – and felt no ill effects from the May 20 accident.

“It’s just great to be back in the car, really, and to feel like nothing’s changed,” Bourdais said at the end of the day. “Two and a half months have gone by and you get back in the car, hop in the saddle and feel good. It was very positive.”

Attention was focused on how Bourdais’ hips and pelvis would take the G-force punishment of the twisting, undulating 2.258-mile permanent road course, not to mention the pressure exerted on that area of his body from the seat belt restraints. Driving under the watchful eye of Mike Yates, INDYCAR’s manager of track safety operations and Holmatro Safety Team veteran leader, Bourdais said afterward that he felt fine.

The lone area of concern for Bourdais was his neck muscles, which he wasn’t able to keep in peak race condition through workouts while he rehabilitated his lower body.

“The one thing that’s not up for the challenge yet is the neck, but that I kind of knew going in,” he said. “I was lifting weights and everything, but it’s just so tough when you’re out of the car like that. I’m sure if I was back in the car tomorrow, I’d be better, but that first day your neck goes in shock. It goes, ‘What are you doing?’”

Despite going off course once midway through the test, slightly damaging a front wing, Bourdais provided valuable feedback to engineers Craig Hampson and Olivier Boisson to help the team – with rookies Ed Jones and Esteban Gutierrez driving in his absence – keep moving forward. By mid-afternoon, Bourdais turned laps in the 1-minute, 4-second range that would have advanced him past the first round of knockout qualifying on Saturday – without benefit of the faster Firestone alternate tires.

“It was a very productive day. I guess I wish Mid-Ohio (race) was next weekend and Dale was up for it,” he said, shooting a smiling glance at team owner Dale Coyne, who watched the test, “but it’s not.”

Instead, Bourdais is headed on a two-week driving family vacation out West – “I owe that to (wife) Claire and the kids,” he said. Upon his return, he’ll visit the INDYCAR medical staff, with the intent on being cleared to race.

Coyne said Bourdais will certainly race in the season finale, the GoPro Grand Prix of Sonoma on Sept. 17, but the team must see how it gets through the next two races with Jones and Gutierrez – on the ovals at Pocono Raceway and Gateway Motorsports Park – before deciding if the resources are available to run Bourdais at the INDYCAR Grand Prix at The Glen on Sept. 3. The team has already suffered through an expensive season of crash damage, much of it through no fault of the Dale Coyne Racing drivers.

Regardless of when his comeback becomes official, Bourdais felt he passed the test today.

“If I was not quite there yet, then I wanted to know how far (off) I was,” he said. “And if I was ready, then I knew I would be ready in a month from now. It was really important for me and Dale understood that. And thanks to him, we could do the test.”