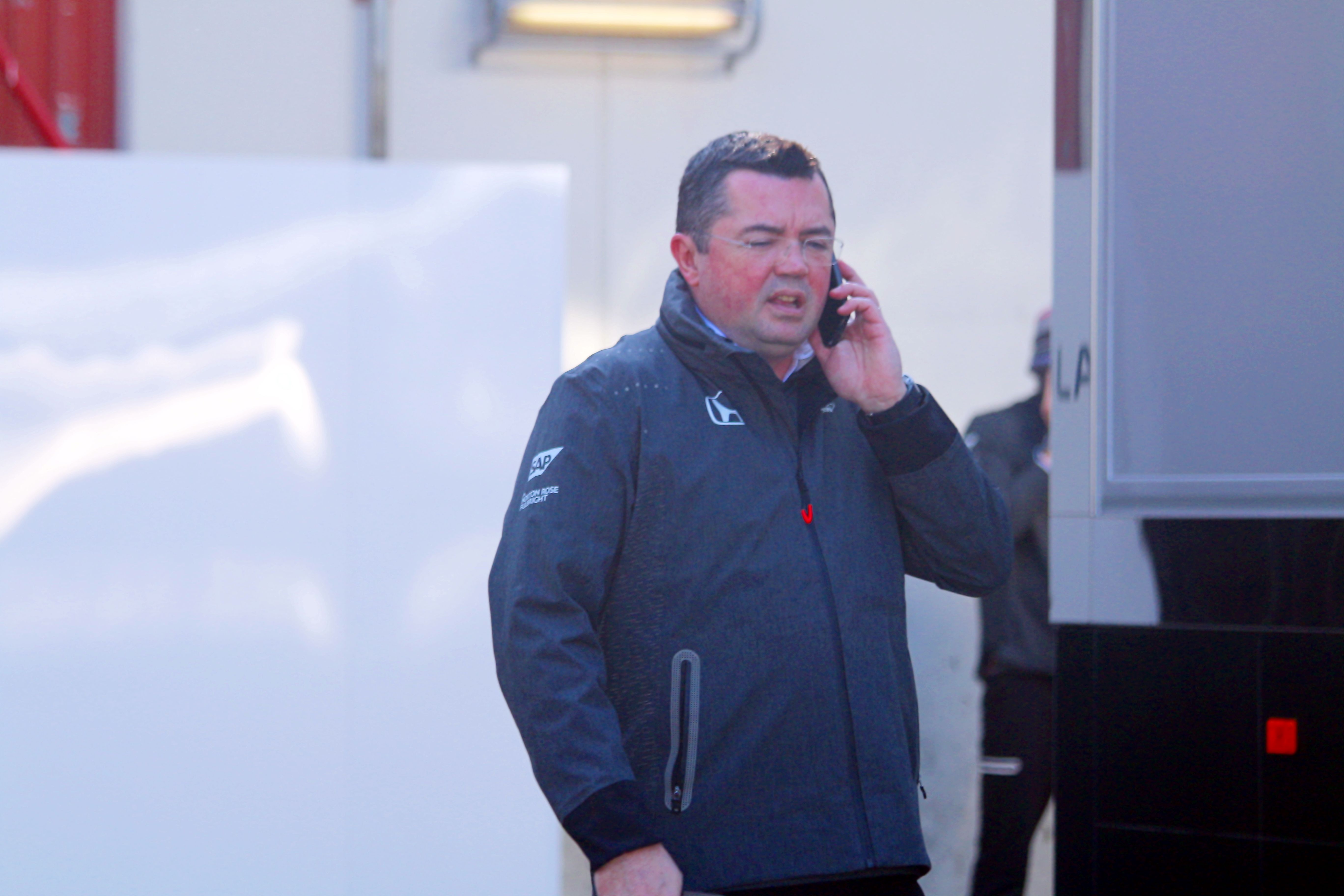 The McLaren Racing Director, reported to FormulaRapida.net what was the reason of the lack of mileage in today’s first day of pre-season testing at Barcelona.

Eric Bouiller, reported that they had a problem with the oil system, which is already been investigated, and has been totally unexpected from the team after the filming day’s mileages:

“We have an oil system problem, and that’s all that we know now; Honda are investigating what is going on and I guess they will tell us what happened, It’s disappointing because yesterday we had a filming day, we did 100km, and more or less everything went right, so this morning it came as a little bit of a surprise to have a problem. It was a filming day, so we can’t do anything much with the car.

Once again looks like McLaren issues comes from Honda, in the day that the car was going to perform more than the filming days:

“What I can tell you is what the drivers reported, which is that there is definitely more downforce, definitely more grip, but Honda’s engine was running in a safe mode, so there wasn’t much to compare.

“We could see a difference in high speed corners, for example, that the car was much faster, but you can’t investigate much.”