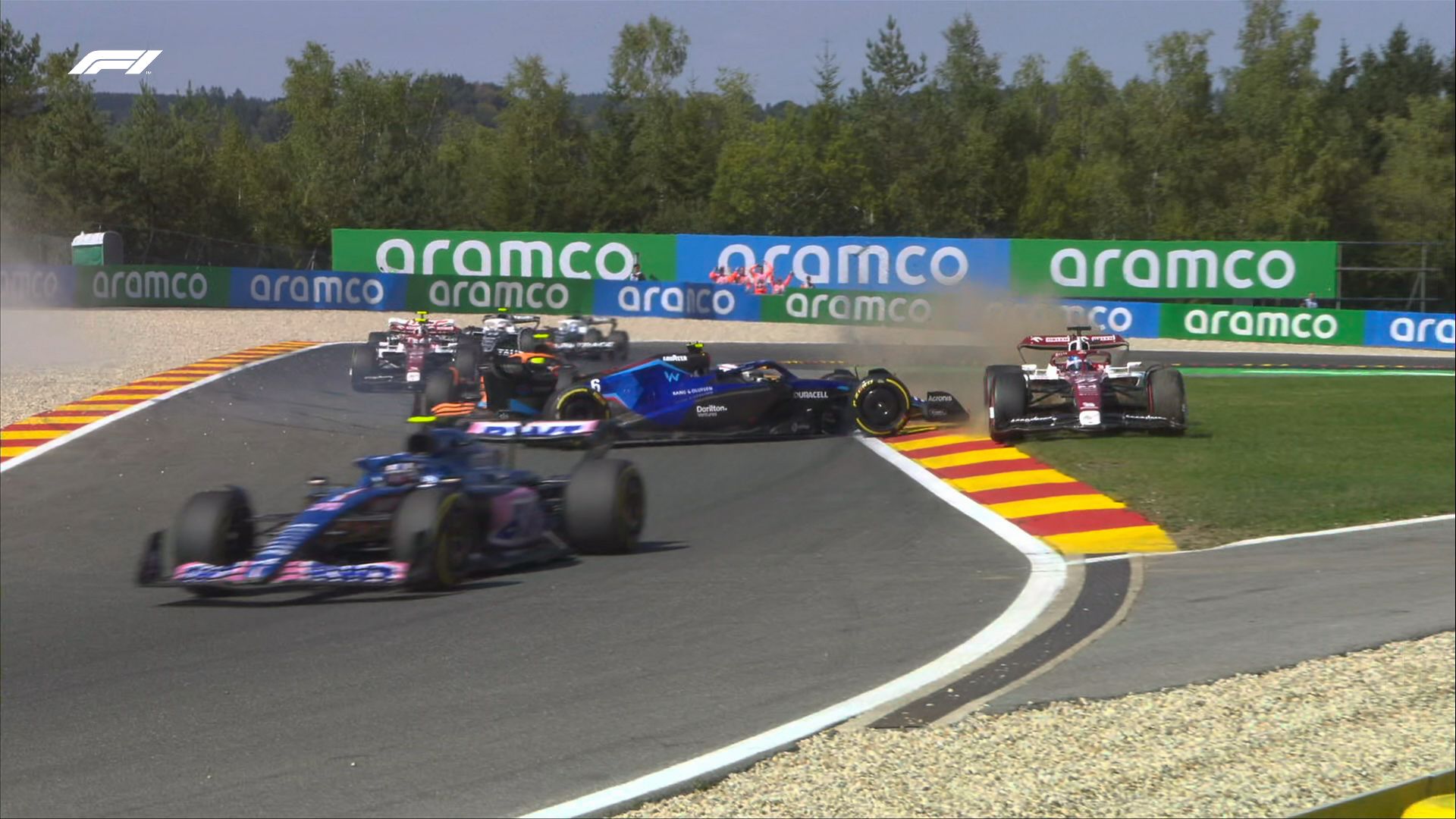 Valtteri Bottas found himself stuck in the gravel in F1 Belgian GP when trying to avoid a spinning Nicholas Latifi in an unfortunate incident.

It wasn’t the best birthday present for Alfa Romeo’s Bottas, who found himself at the wrong place in F1 Belgian GP on Lap 1 when he was trying to avoid a spinning Williams of Latifi. In that moment, the Finn went onto the grass but the subsequent gravel ended his run.

He was beached in the gravel after he had a minor spin on the grass when Latifi touched him. It was an unfortunate incident which cost him potential points finish. “It’s disappointing, of course, when there’s such a mixed grid there could have been opportunities,” said Bottas.

“But yes, I just had to avoid a collision – wrong place at the wrong time, I guess. I just got stuck on the gravel so couldn’t move the car out. Tried to go forward, tried to reverse, but it was stuck. I saw Latifi spin towards the left. And all I could do was take evasive action to avoid a collision.

“Unfortunately, I spun on the grass and ended up stuck in the gravel. It’s not the birthday present I wanted,” summed up Bottas. His teammate Zhou Guanyu couldn’t score points either as he was stuck in the Williams train led by Alexander Albon, who scored one ahead of four drivers looking to topple him.

For Latifi, the Canadian reckoned there were marbles left on the track from junior categories and that he understeered straight up. There was no way to control that action at that moment and he spun off where he made contact with Bottas too.

“I went a little off the line in turn six, there must have been a lot of marbles from the junior categories and I understeered right off,” said Latifi. “It felt like driving in the wet on slick tyres. I dipped the wheel in the gravel, and it spun the rear around which caught me by surprise quite a bit.

“I thought I would go straight into the gravel and come back on slowly, but Instead I spun across the track as a result and made contact with Valtteri. My race was compromised from there as that set of tyres we needed to make the two-stop strategy work were damaged. One to forget but we’ll try and bounce back In Zandvoort.”

Here’s the collision between Nicholas Latifi and Valtteri Bottas: https://www.formula1.com/en/latest/video.2022-belgian-grand-prix-bottas-has-a-crushing-dnf-after-lap-1-collision-with-latifi.1742413648366607656.html

Here’s Zhou Guanyu on getting stuck behind Alexander Albon