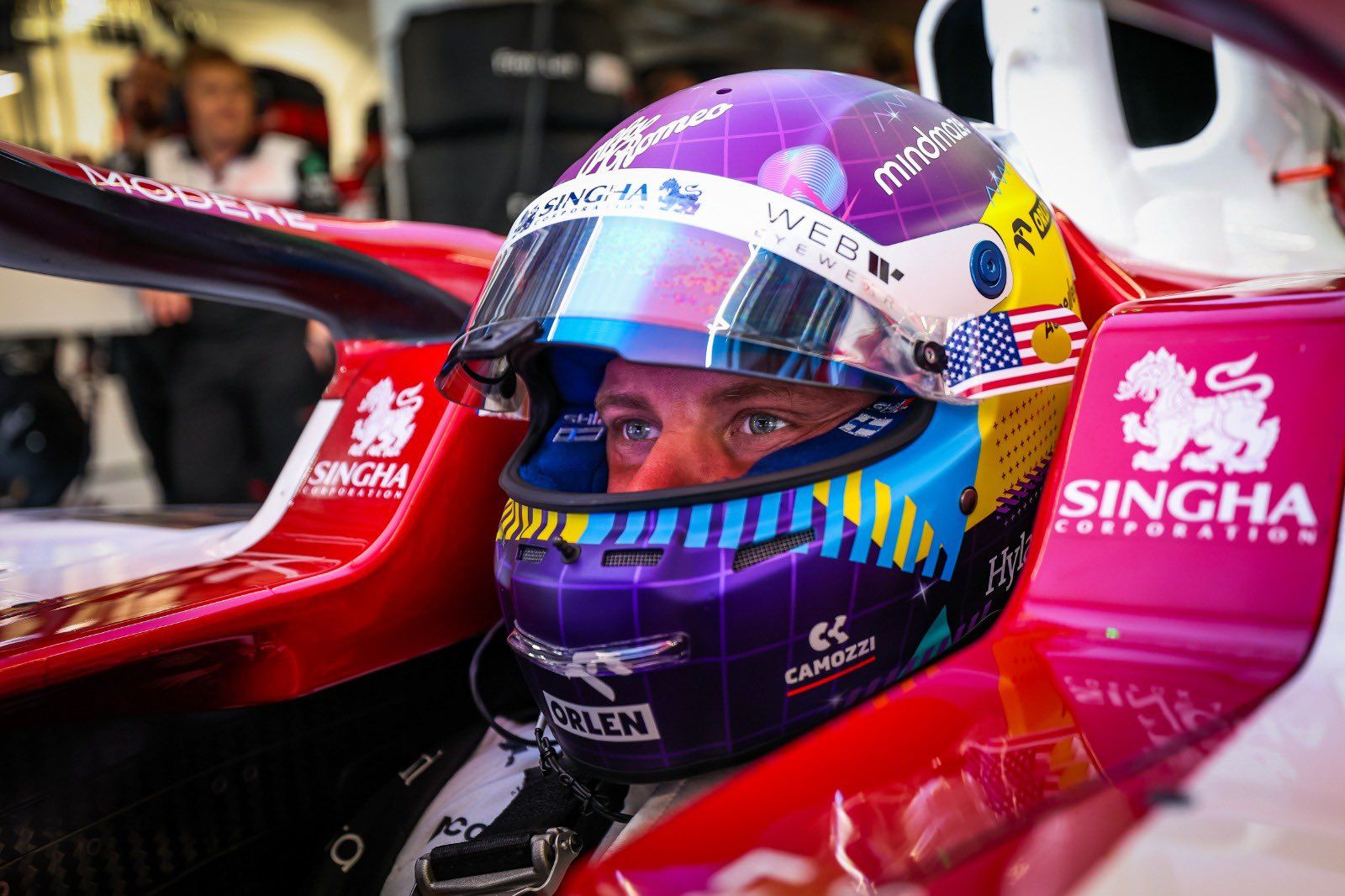 Valtteri Bottas talks about how the Alfa Romeo simulator is when compared to Mercedes, as he adds on good life at his new F1 team.

For Alfa Romeo, the 2022 season has been a marked improvement on their 2021 campaign. An all new driver line up with the experienced Bottas and the rookie Zhou Guanyu has instilled new confidence along with a better car overall.

It’s only five Grands Prix in but Bottas has picked up points in four races and has had a fair turn of pace since the season started while Guanyu had a points scoring debut in Bahrain. Not just that but substantial investment last year by the team in a driver and loop simulator has now begun to pay dividends.

The simulator came into being some eight months ago and the team benefited towards the end of last season and have reaped the results this season  as per above. But what has also helped is the arrival of Bottas. A race winner 10 times at Mercedes over his years there and has gained solid experience of leading a team.

By his own admittance, his move to Alfa Romeo was seen as a project and his experience has helped Alfa Romeo massively but not just in terms of on track racing and testing, limited that is it now but having used such a product at Mercedes, his experience in this area is also assisting Alfa Romeo.

It’s a valuable apparatus for any team but with Mercedes being so far ahead of the game and Alfa having some “catching up” to do, having Bottas on board is a bonus. “Nowadays, of course, the simulators are hugely important with a lack of testing and as the technology improves, you can get more and more out of it,” he said.

“And the first time I tried the Sauber simulator, I could feel that there was quite a difference to the one at Mercedes because Mercedes started a long, long time ago and our team, we only started a few years ago. So of course there’s catching up to do but from the first time I tried it versus what it is now it’s already hugely improved and it has been already this year, especially the last couple of events, a really useful tool to kind of support the race weekend”.

“So that’s always a driver at the factory during the race weekend doing also similar setup tests and doing the correlation and it’s been rapid progress on that and that keeps going and it is already really good tool. There are still improvements to be made and obviously I’ve given my part to it based on my experience and I’m sure it has helped as well and like, for example, in Miami it was really useful to get to know the track and actually try a few different set-ups or wing levels so you get a bit of an idea and before going there,” summed up Bottas.

He has made an impressive start to his career with his new team, so much so probably surpassing his and the team’s expectations. No matter what he did at Mercedes, he was always a number two driver. It’s a different ball game now, number one driver and helping the team in the right direction up the grid, it’s great to see.

“I’m enjoying it a lot,” said Bottas. “We started the season with the first race, you know, with points and what I’ve been really enjoying is the progress we’ve been able to make together as a team. So we’re definitely not falling back. And that is a motivation for us to go ahead rather than backwards. And yeah, I’m really, really enjoying the ride.”

It’s a good season so far for Bottas, written off ever so slightly in some quarters during his latter period at Brackley, while Alfa Romeo aren’t Mercedes, they are still on the up and Bottas is only six points behind his former teammate Hamilton.

Here’s Valtteri Bottas on safety car not helping him