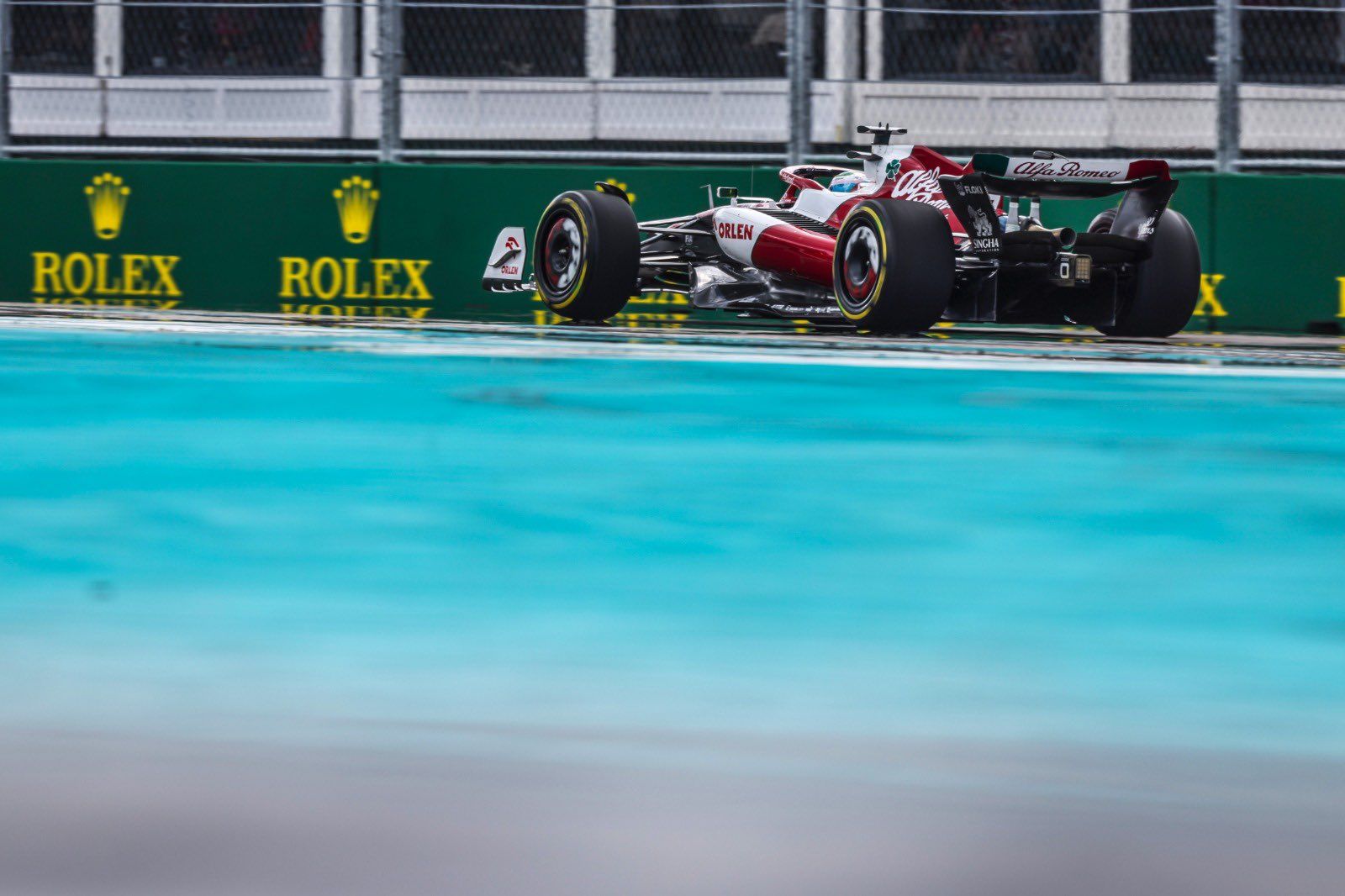 While the Top 4 were in the league of their own, Alfa Romeo’s Bottas steadied his ship in fifth in a lonely race and it looked likely that he would finish there. However, a late safety car period changed the game as it brought both the Mercedes car in the mix.

While Lewis Hamilton was already behind him before the safety car, George Russell’s strategy to go long on the hard tyres was further helped by that safety car period. Bottas tried his all to keep both at bay, but not for long due to a small moment.

Bottas had a small understeer moment into the left-hand corner and barely escaped touching the wall but it was enough to allow both the Mercedes drivers to sneak past him.  “Obviously everything was going really smoothly, hoping for that kind of race, until the safety car,” he said to media. “But then George had the possibility to stop for fresh mediums and he was really closing in quickly.

“As he was overtaking Lewis, I was kind of following them in the mirrors, because they were getting pretty close and I was thinking I might have to close the door or something, and I just braked a fraction too late. I missed the apex just a tiny bit, and then I got onto the dirty tarmac and, even though I was going slowly, I understeered into the wall.

“Luckily it didn’t break anything or give me a puncture,” summed up Bottas, who reckons he had enough to hold off Hamilton if not for the safety car which helped Russell and brought him in the game. “I don’t see why not,” he said.

“Everything was going pretty smoothly until then. When George got the fresh tyres, then it changed everything, so a bit unlucky for me that safety car but that’s how it is,” summed up Bottas, who eventually had to settle for seventh as he couldn’t pass Hamilton.