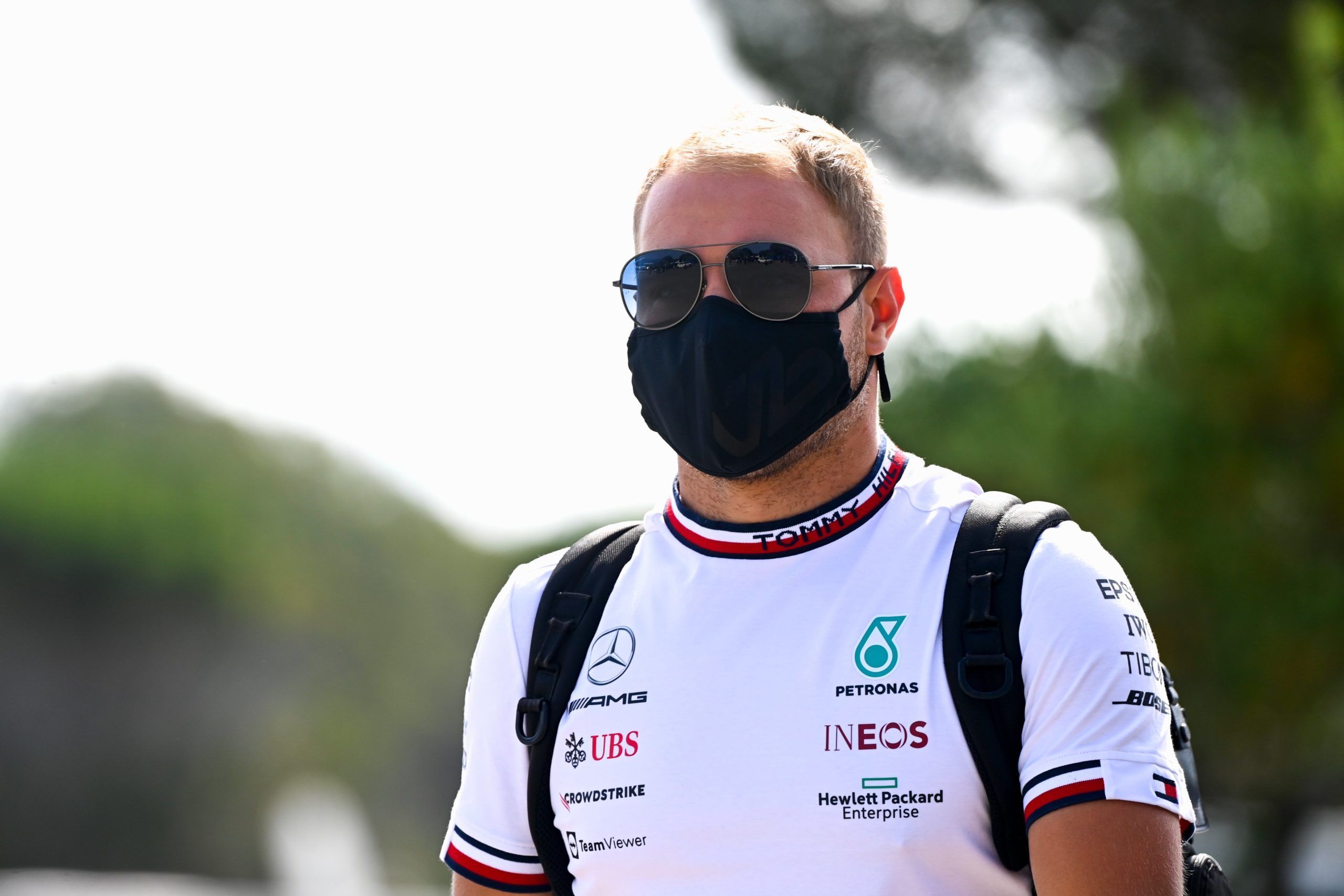 Valtteri Bottas and George Russell know the speculations are doing rounds but both stay away from those, where the Finn talks about blocking talks around F1 future.

The rumours surrounding Bottas leaving Mercedes never goes away – all thanks to his one-year deals. The latest one kicked off post Baku, where it stated that the German manufacturer will announce Russell as his replacement during British GP.

When asked about the same in France, Bottas put it down naturally, while adding that he often speaks with Toto Wolff about a lot of things, but there’s nothing about him being replaced and the announcement to come in British GP.

“With Toto, we speak often, that’s normal for us, and we’ve also spoken lately,” said Bottas. “That’s normal. But I can confirm that, at least nobody told me about that of not being retained, so yeah that’s not true, that’s speculation. I’m sure there’s all kinds of speculation that is not based on any facts.

“People are trying to make up stories, just for the clicks. That’s how it goes,” conveyed Bottas, who added that it is not always possible to block such speculations, but he does as much to do so. “Obviously you can’t always block the noise that is around, and every season is the same thing, the same questions and same speculation, that’s part of the sport.

“So I think it’s a bit too early for me yet to answer that in detail. We haven’t really yet discussed anything about contract with Mercedes, and that will come eventually. Now, it’s just really the focus for this triple-header, and we’ll see that after maybe at some point, but not much more to say at this point,” summed up Bottas.

Talking about the past deals and the situations around it, Bottas noted that it always depended on how one’s season has been and what the requirements are for future. For the Finn, he is not too much engrossed into that, as much as performing on track.

“It depends how your season has been and depends on the overall situation of the team, if they are looking for other options or not at all,” said Bottas. “Some years has been earlier, some years later, so that’s not like a norm. But all I can say is that we just want to focus on the next three races.

“It’s going to require a lot from us as a team before we make any decisions together. And my gut feeling at the moment, I haven’t really allowed myself to think about that too much, because that can become a distraction, I’ve learned that. So it will come at some point. And so, for now the gut is not saying anything. I just want to win races and get the results that I’m aiming for personally,” summed up Bottas.

On the side of Williams’ Russell, whose contract with the British F1 team ends in 2021, admitted as well to have read the speculations, but had nothing to add on it. He is still awaiting for talks to take place and eventually decide his future course.

“Obviously, I’m aware of all of the speculation, but right now I’m just enjoying driving race by race,” said Bottas. “I want to get my future nailed down at some point. But right now I’m just focused on this weekend, French Grand Prix into Austria. It’s sometimes exciting not knowing what the future holds.

“I’m still a Williams driver. I haven’t signed any contracts beyond [2021]. So I’m just fully focussed on on my job at the moment. So as I said, hopefully my future gets settled one way or another, maybe come the summer break,” summed up Russell, whose one hurdle on the path has been cleared with Esteban Ocon remaining at Alpine.