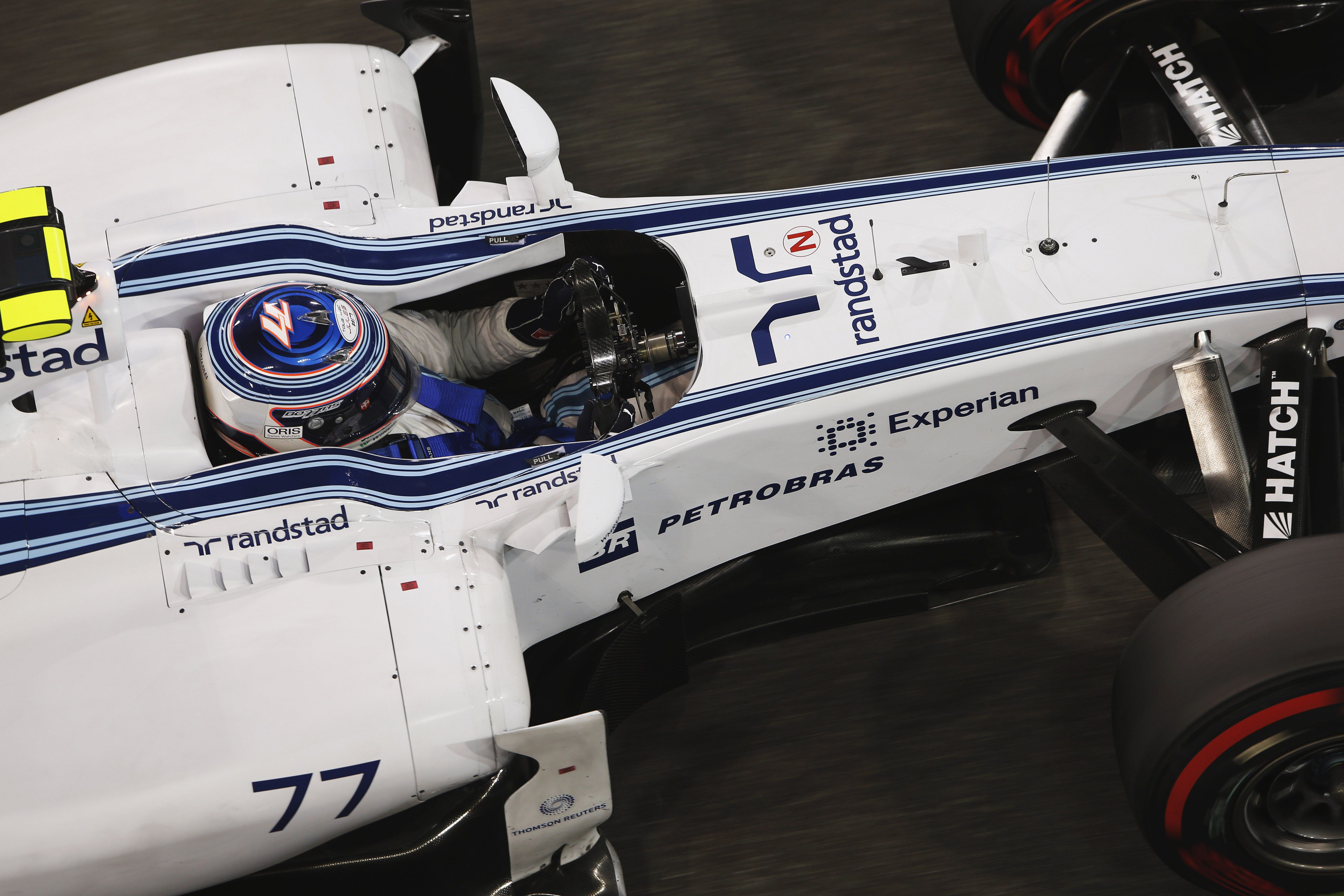 Valtteri Bottas has been the fastest during the first day of post-season testing in Yas Marina Circuit, where last Sunday the FIA Formula 1 championship had finished the 2014 season. The Finn driver has been 0.5 seconds faster than Räikkönen and more than a second of Nico Rosberg. McLaren-Honda has debut with some mechanical problems.

The Williams driver, Valtteri Bottas, achieves the first place in the timesheet during the first day of the post-season test in Abu Dhabi. The forth classified driver in 2014 championship made 80 laps and was the fastest during the morning and afternoon sessions. The 1:42.296 of the Finn driver was unbeatable for his countryman of Ferrari, Kimi Räikkönen who was half a second slower. Anyway, the most highlighted moment, was when Sebastian Vettel came into the Scuderia Ferrari box to meet his new mechanics.

Another highlighted moment was de debut of the Honda engine in an official test. Unlucky we couldn’t know a lot of details of his performance, due to a problems with fuel data, which have impeded the McLaren test driver, Stoffel Vandoorne to drive in the morning. Then, on afternoon season, the Belgian driver did 3 laps until his car had to stop at some point of the circuit because of internal problems. Despite this problems, the Honda and McLaren staff were happy of this journey.

On third place at this session is the 2014 FIA Formula 1 runner-up, Nico Rosberg. He was the one who did more laps in the Yas Marina track, a total of 114 laps. On fourth place is Joylon Palmer, the 2014 GP2 Series champion had driven with Sahara Force India. The Briton had a failure on morning session. On afternoon he completes 37 laps.

Fifth was Carlos Sainz. The Spanish driver drive today on the Red Bull RB10 as a recompense his Formula Renault 3.5 Series title. He did 100 laps with the Red Bull, making his prior step to be a Toro Rosso driver in 2015.