Home F1 Bottas didn’t think podium was possible; could have taken some risk 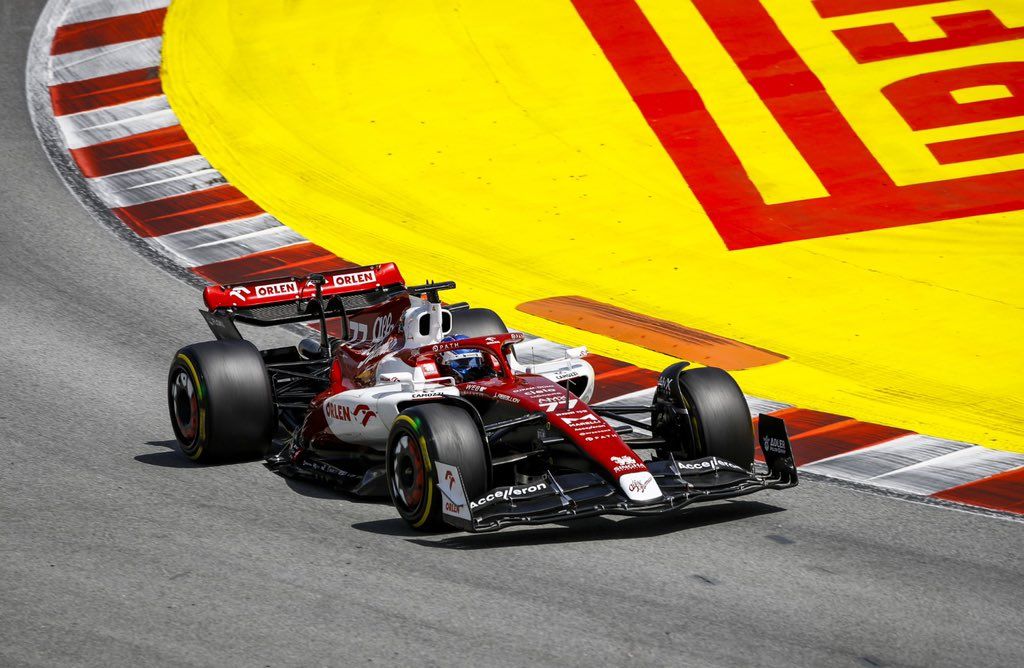 Valtteri Bottas talks about points scored in F1 Spanish GP and if Alfa Romeo could have taken more risk on strategy side.

For a team who struggled last season, Alfa Romeo and most particularly Bottas have been one of 2022’s success stories in the opening six Grands Prix. It’s as if they are winning the title, the Finn has been consistent with five top eight finishes so far.

With his experience of five seasons of success at Mercedes, he has been a massive positive for the team and its great to see. The Spanish GP was another positive weekend which saw Bottas start from seventh and was consistently in the points all afternoon, so much so that late on, a podium looked possible even but strategy ruined their day to an extent.

“When you are up those positions and things are going smoothly and you see things happening to other cars, you are thinking that okay, could be my day,” said Bottas to media. “But I think strategy-wise, we took a bit of a risk, we left the last stint to be very long, but in the end it was too long. The tyres died towards the end, but we tried”.

“We had the chance to choose are we going to be the best of the rest or are we going to try something more, so we tried something different and it didn’t work out but the risk was pretty minimal and there was not that much threat from behind,” summed up Bottas.

On the day, and late on, possibly best of the rest behind both Red Bulls, the one Ferrari and both Mercedes, Bottas didn’t think podium was possible even with the issues other faced and a late stop would have put him close to losing to Esteban Ocon. “I think probably no, just not quite enough pace, but maybe with the issues Lewis had towards the end if we would have been shorter the last stint, could have been maybe possible,” he said.

“We’re going to have a look, but they said it was going to be too close with Esteban and there’s obviously always risk involved. I think at this stage we just take the points but maybe in the future we take a look if we wanna risk a bit more,” summed up Bottas.

The experience of Barcelona will stand to him and the team, a different strategy could have worked but another 16 to go and a similar scenario may well occur over the course of the year.  Behind the Mercedes, Ferrari and Red Bull should provide a massive morale boost for the team going to Monaco this weekend coming.

“Absolutely, sometimes in the race our pace is pretty strong,” said Bottas. “So definitely just crucial to get those upgrades that we had this weekend because yeah, we are going to need that big rear wing next week for sure.”

Alfa Romeo’s season has been twice as good as their last two seasons put together. Their target is to stay as a Top 5 constructor. They have been strong from day one. They introduced several upgrades in Barcelona, including a new engine cover and changes to the floor. There is an air of confidence about them going to Monaco, a race which does throw up a surprise.