Ahead of the F1 Bahrain GP, the FIA stewards released a fresh document detailing about a new rule of thoroughly inspecting the cars at the end of a grand prix in a random selection. Mercedes’ Bottas became the first one to have his car being stripped down to be checked.

The FIA chose Bottas from among the Top 10 finishers for the extensive inspection, where they went through the ‘front and rear inboard suspension components, attached sensors, their loom rooting and connections to the SECU and other units’.

The inspection found everything in compliance to the 2021 F1 Technical Regulations. The idea behind such checks is to eliminate the possibility of tricks and also understand the hidden mechanism of the cars, whether two F1 teams are indeed sharing ideas.

Although not made official, but this looks to be a result of last year’s controversy with regards to Mercedes and Racing Point (Aston Martin). The details of the inspection was noted to the F1 teams under FIA Technical Directive TD0 14A on March 20, 2021.

The TD noted that the Technical Delegate will routinely and randomly select one car from each event for deeper disassembly, conformity checks and checks of software and systems. This will marked as an additional check by the FIA alongside the usual norm.

Here’s the FIA note about the Technical Directive: “For the information of all competitors and interested parties, the Stewards are issuing this Bulletin to explain how they will treat the procedure referenced in FIA Technical Directive (TD) TD0 14A issued to the Competitors of the 2021 FIA Formula One World Championship on 20 March 2021.

“This bulletin is for general information only and is not regulatory and does not modify the TD nor the Regulations. In order to complete deeper technical checks of the cars in the Championship, the Technical Delegate will routinely and randomly select one car at each Event following the race for deeper disassembly, conformity checks and checks of software and systems. Additional checks may also be carried out on the Competitor’s other car.

“This is in accordance with Art. 14.3 and 25.5 of the FIA Formula One Sporting Regulations. These checks will be in addition to the routine checks carried out by the Technical Department of the FIA and reported at the conclusion of each Event. The Technical Delegate will publish his regular report, following which the Stewards will publish a “Final Classification” which in accordance with Art.

“20 of the International Sporting Code (ISC) will be marked as being “Subject to ongoing routine technical checks.” Should any irregularity be subsequently discovered, the Technical Delegate will publish a report and the Stewards have ordered the Technical Delegate to take the appropriate steps to safeguard any evidence that may be discovered in these technical checks, including impounding and sealing relevant parts and information.

“Should a Stewards’ investigation be necessary, in accordance with Art. 11.9.3.t of the ISC which concerns decisions that must be taken after an Event, the Stewards may reconvene, or delegate their authority to a subsequent panel of Stewards, or to a panel assembled by the FIA for that purpose. The Stewards emphasize that while this is a new procedure in this Championship, it is routinely carried out in other FIA World Championships and competitions.”

Staying with Bottas, the Finn announced his investment in Lahden Pelicans Oy Ice Hockey outfit, of whom he was a guest ahead of the 2021 F1 season. Talks initiated at that moment after he found out about severe financial troubles for the outfit.

Considering his love for Ice Hockey, Bottas decided to invest in the team, whereby he has become the third largest shareholder with 10 percent of stake. By buying the A and B category shares, the Mercedes F1 racer also has voting rights for him.

“I was a guest of Pelicans at the start of the year and the organization had a series C share issue, which got me thinking about ownership and I became really excited about it,” said Bottas. “My passion for ice hockey and the desire to support and help a local organization were the biggest reasons to go forward with the negotiations. Pelicans has been always the number one team in hockey for me so I’m really excited about this.” 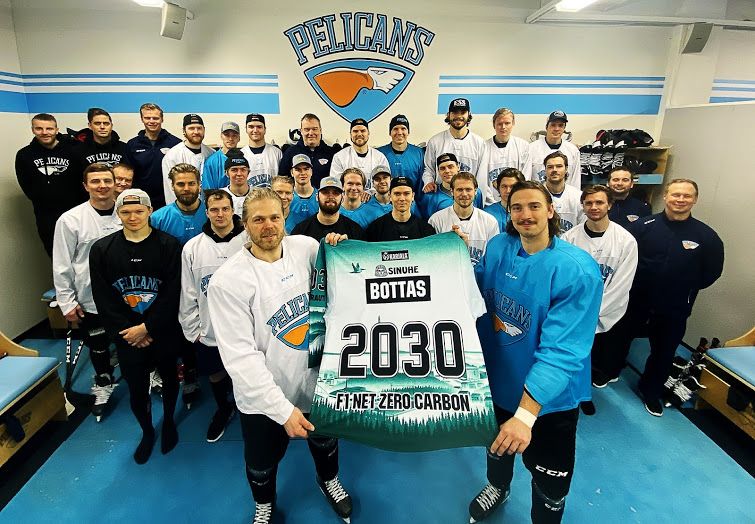