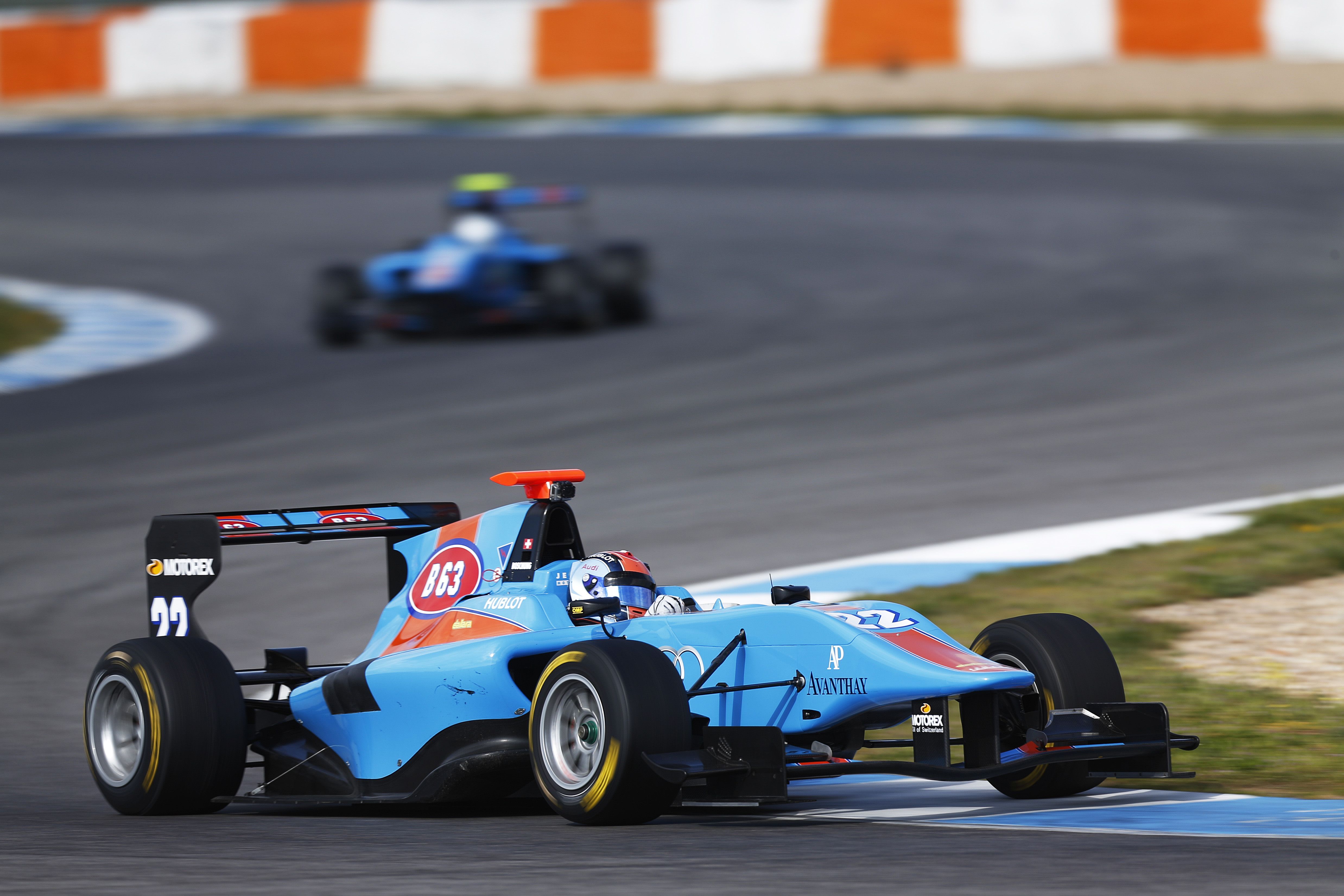 Swiss rookie Ralph Boschung topped the timesheet on the second and final day of pre-season testing at Estoril. The Jenzer Motorsport driver posted a best laptime of 1: 27.789 in the morning session. Carlin’s Mitchell Gilbert was quickest in the afternoon.

Dry but breezy conditions greeted the GP3 paddock for the final day of testing in Portugal. ART Grand Prix’s Alfonso Celis Jr set the early pace before Gilbert claimed P1. It was a busy start to the morning test with the drivers making the most of the good weather.

Birthday boy Marvin Kirchhöfer (ART Grand Prix) was first to lap in the 1m27’s with a 1:27.969 and he sat pretty at the top of the timesheet until Boschung pipped the German by a tenth. Arden Motorsport’s Emil Bernstorff and Koiranen GP’s Jimmy Eriksson were third and fourth as the session approached the final hour. There was a short stoppage when Kevin Ceccon’s Arden Motorsport car stopped at turn one.

However, nobody was able to improve on Boschung’s best efforts and at the chequered flag the Jenzer Motorsport driver held on ahead of Kirchhöfer, Bernstorff, Eriksson, Antonio Fuoco, Gilbert, Luca Ghiotto, Jann Mardenborough, Esteban Ocon and Sandy Stuvik.

As the temperature increased and the sun shone down, the afternoon session commenced with the Carlin trio of Gilbert, Mardenborough and Fuoco leading the way, until Koiranen GP’s Matthew Parry rose to P3. Alex Fontana (Status Grand Prix) shot to second quickest at the midway point, six tenths off Gilbert’s best.

In the latter stages Ghiotto jumped up the order to P2 ahead of Ceccon, two tenths adrift of the Australian. Matheo Tuscher, Pal Varhaug and Boschung made their way into the top five in the final ten minutes with Ghiotto holding P3.  Try as they may but the pack was unable to deny Gilbert of top spot in the afternoon session. Behind Gilbert at the chequered flag were Tuscher, Bernstorff, Ghiotto, Varhaug, Boschung, Ceccon, Fontana, Artur Janosz and Mardenborough.

The second pre-season test will run in Valencia, Spain on 09-10 April.