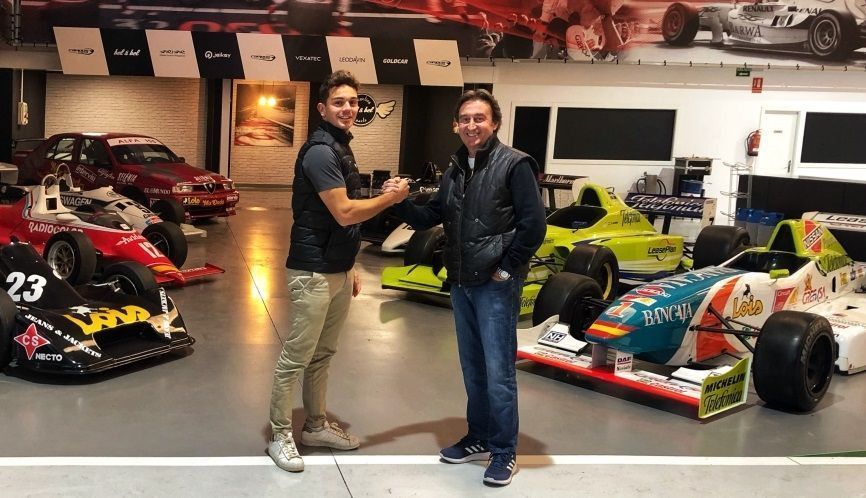 Dorian Boccolacci will contest the FIA Formula 2 (F2) Championship for the 2019 season with Campos Racing, it has been announced.

After having tested with Campos in the 2019 F2 pre-season tests, Boccolacci impressed the Spanish outfit with both parties interested in a deal – which has been confirmed now with only a week remaining for the start of the new season in Bahrain.

Boccolacci thereby joins Renault junior Jack Aitken to complete the Campos’ 2019 F2 line-up. “I am finally really happy to say that I will take part of the FIA F2 Championship this season with Campos Racing,” said the Frenchman.

“It was not easy to arrive at this stage but we finally made it, thanks to everyone who make it possible. I am sure we can make a good job this season together. The team is really professional and we have the same target so we will work as much as possible to get it as soon as possible.

“I really like the mentality of the team, I am half Spanish from my mother side, so I can speak Spanish with all the team! It’s easier to feel even more confident with the relation in the team.” This will be Boccolacci’s first full year in F2.

The 20-year-old moved from GP3 Series to F2 in the latter part of 2018 with MP Motorsport, scoring twice in Monza and Sochi. The move to F2 came at a time when Boccolacci had just won a race at Spa-Francorchamps in his second GP3 season.

President of Campos Racing, Adrian Campos said: With Dorian we completed a strong driver line-up and Jack and he will undoubtedly draw attention. We have set ourselves the goal of fighting for the Teams’ classification.

“Therefore, we worked hard on making our cars competitive. Besides, it was important to have a strong driver line-up comprised of two drivers collecting as many points as possible.” At the same time, CEO Salvatore Gandolfo added:

“Our goal at Campos Racing is becoming a benchmark in the series and we have worked strenuously to have a top car in the Formula 2 championship. We expect to provide stability to the team in order to achieve wins and podiums.”