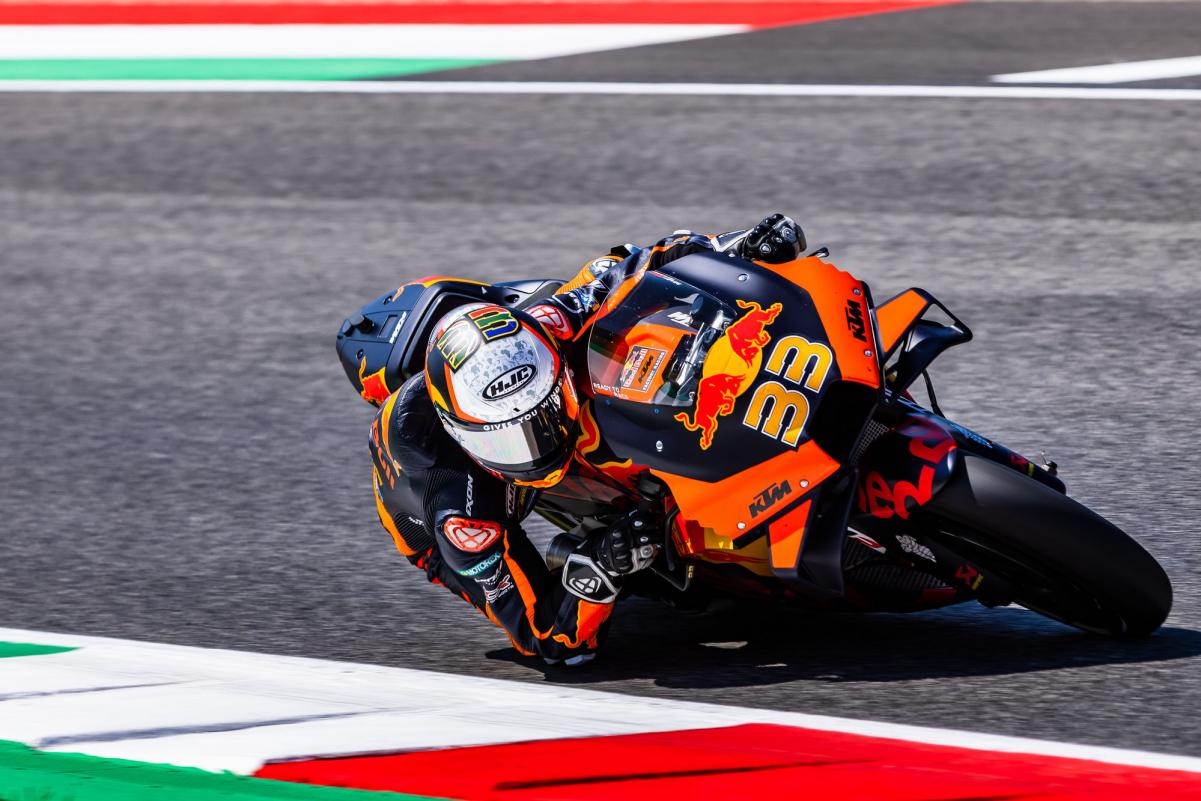 Brad Binder has signed a new MotoGP contract to stay on with KTM for three more seasons, which runs from 2022 to until the 2024 season.

Having graduated to MotoGP in 2020 with KTM, Binder will now stay on with the Austrian manufacturer for three more seasons, after signing a new deal. His current deal was to run out at the end of 2021, but three more years means, he will stay on until 2024.

This makes it five years for Binder at KTM, who scored his maiden MotoGP victory last year in Czech Republic. “I’m super, super happy to have signed again for three more seasons with KTM and it will take us up to ten years. It’s incredible to have been with this manufacturer for such a long time now and we’ve always had a good relationship,” he said.

“I’m extremely happy in KTM colors so it’s extra satisfying to have a long contract signed-up. It’s cool to have that belief and support from a company. It’s an honor. From here on we can focus on building ourselves towards the front. We are not terribly far away, and it would be really nice to do something great together. It’s exciting to see what these next years will bring.”

At the same time, Pit Beirer, KTM Motorsports Director, stated: “This was a very easy contract for us to do because we love Brad as a racer and what he brings to the team, the factory and the MotoGP class. He was also very enthusiastic to make a big commitment to us and that says a lot for our progression and our potential in this championship.

“Sometimes you find a racer and a mentality that really fits with your own philosophy and the fact that Brad has come all the way to the top with us in a ten year period is a very special story. We’re really proud to continue racing with him and to keep setting new targets together.”

And, Mike Leitner, Red Bull KTM Race Manager, added: “As Team Manager I’m happy that Brad has placed his trust in us for another three years. He’s a very strong rider with a strong crew and a strong factory behind him. We will push together to achieve our mutual dreams and targets. It’s great we have this partnership up to ’24.”