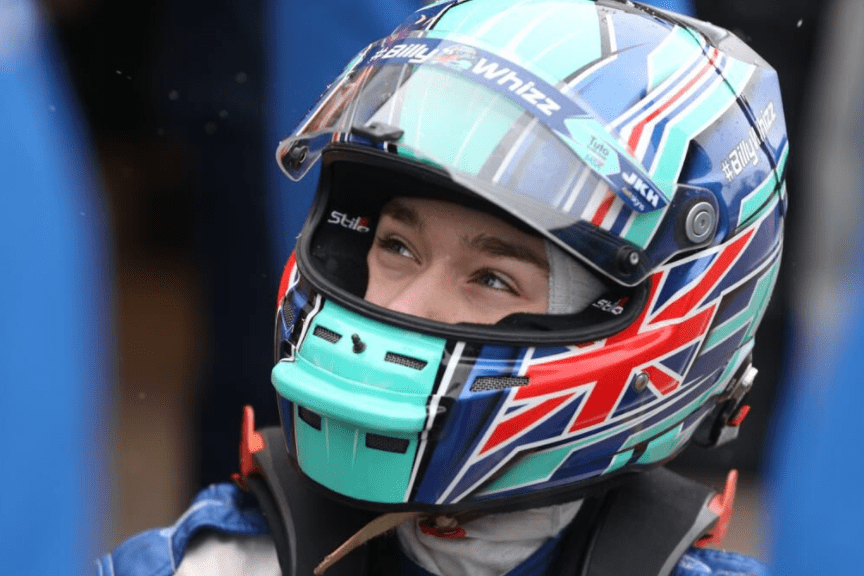 The young driver of 18 years, amputated of both legs, is an example of overcoming in the world and after his tests with Carlin, again expressed in his Twitter account his intention to pilot this same 2018.

They say that love moves mountains and Billy Monger has taken that phrase to its maximum expression. Love for racing, love for competition, love for his dream. A dream that seemed to be broken last April in Formula 4 at the Donington Park circuit , when the Briton had an accident which was seen around the world. Then, he began his struggle to move the mountain, which appeared just in front of him. He lost both legs, but never the desire to get back on his car.

“Who won the race?”. This was one of the first things that Monger, still convalescing from the accident, wrote for his mother. He lives for this world and the spirit of overcoming has his prize: “My plan is to return to a single-seater in 2018. With luck in the British Formula 3, we are looking for that, this is the plan”, said Billy at the FIA’s ceremony last December. Two months later, the driver returned to his home and made some tests with Carlin team at the Charlwood circuit. The sensations were more than good.

“It’s amazing what I’ve felt these last two weeks when I’m back in a car, I’ve done quite a few decent laps, and now I’m firmly focused on getting into the British F3 this season”, Monger said after the test. A piece of the mountain knocked down. More, if we consider how satisfied they were from Carlin: “Great job, Billy, we are proud to be part of your trip and we are confident that we will be together on the British Formula 3 grid in 2018!”, published in their social networks.

Unbelievable feeling to be back in a single seater over the past couple of weeks. Some decent laps in the bank! Sights now firmly set on achieving a drive in @BRDCBritishF3 this season @CarlinRacing 🚀 pic.twitter.com/e2pDoku87k

If so, becoming an official driver of the Carlin discipline would be an historic moment. He would not be the first to achieve such a feat. The most remarkable cases are those of Alex Zanardi or Michael Johnson, just to name a few. In the case of the Italian, who also lost both legs in an accident in the IndyCar, he returned to the competition in different categories. He came to win some races in touring cars but where he really triumphed was in the Paralympic sport, where he has won four medals between the Rio and London Olympic games. He achieved it in hand cycling.

Johnson, meanwhile, was paralyzed in 2005 after a motorcycle accident, ballasting a very promising career as he had won several supermoto championships. He switched to single-seaters and there he also triumphed. He started the 2009 F-Skip Barcer, where in 2011 he achieved three victories, seven podiums and one more than a meritorious third place overall. He also participated in the USF2000 and the Star Mazda.

Billy wants to put his name on top of the mountain. He wants his determination to make him achieve a drive at Britain F3. It looks like he’s going to get it.