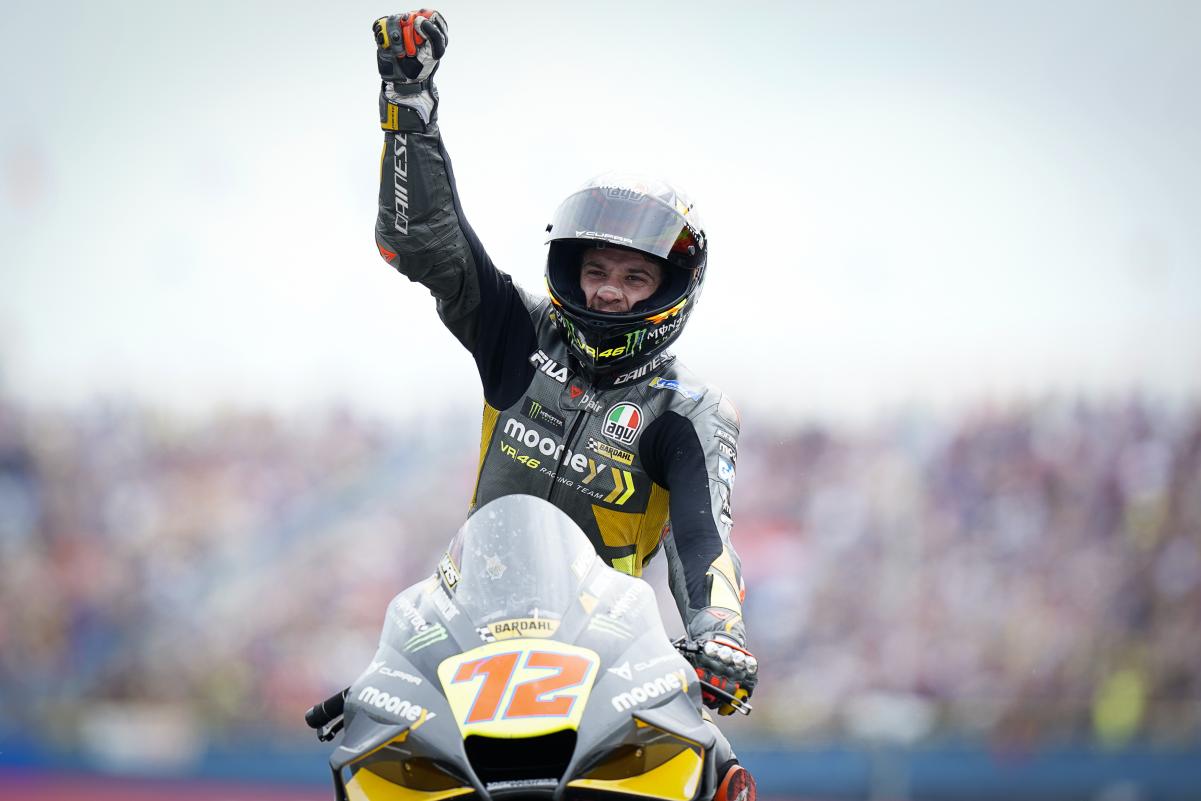 Mooney VR46 Racing Team has extended its MotoGP deal with Marco Bezzecchi for one more season beyond 2022.

Mooney VR46 Racing Team have confirmed that Marco Bezzecchi will see out the second year of his two-year deal with the MotoGP squad after a stellar rookie year. The Italian looks set to clinch the 2022 Rookie Of The Year crown, with the highlight of his debut year so far coming at the Dutch TT where he stood on a premier class podium for the very first time.

This is the latest piece of the 2023 MotoGP puzzle to fall into place, with Bezzecchi’s current teammate Luca Marini all-but guaranteed to be remaining with his brother’s squad for another year. The next big question is who will receive the full factory Ducati Desmosedici in 2023, or whether two 2023 machines might arrive in the VR46 box given Bezzecchi’s performances in 2022.

“I’m so happy to confirm and announce that, the agreement I signed last year was for two years, so in 2023 I will continue riding for the Mooney VR46 Team on the Ducati,” said Bezzecchi. “I’m proud to wear and represent the colours of the VR46 family, Vale and the VR Riders Academy, that have been always supporting me, together with the Team and personal partners.

“The technical and mechanical staff group we created these years is full new, rookie in all of the aspects with technicians coming from Moto2 and other with new roles, but we are completely satisfied with what we’ve achieving so far. We keep focus on this 2022 season, trying to finish this first year in MotoGP with the best result, before starting to face the next season.”