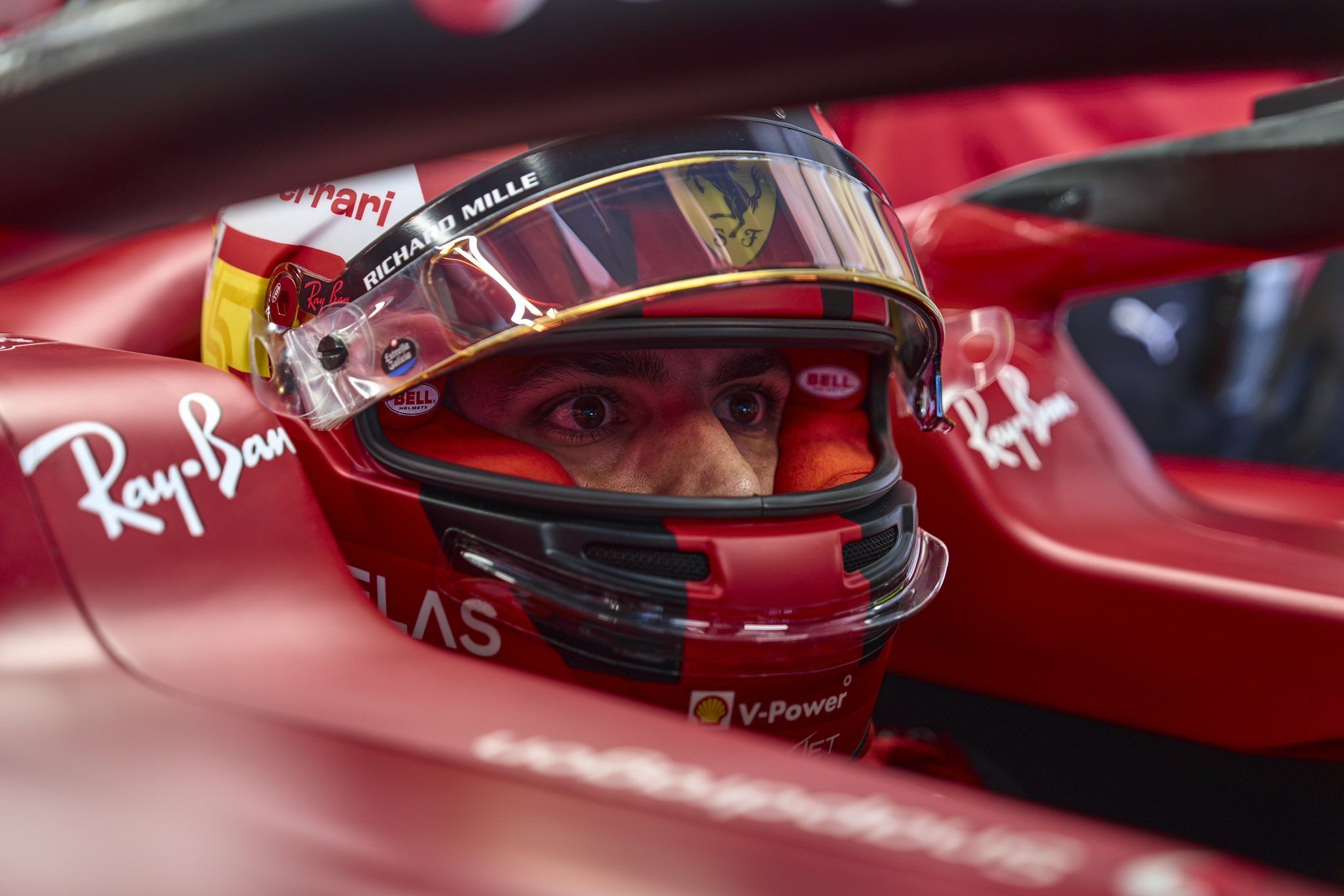 It was a cloudy weather all-through the FP1 of Belgian GP at Spa-Francorchamps as F1 started the second half of the 2022 season. It was mostly dry until the final part of the session where it started to rain quite heavily at some corners allowing some wet running.

The red flag period for Haas’ Kevin Magnussen, who stopped due to a mechanical issue, hampered the running, leaving the Ferrari pair on top in FP1 of Belgian GP where Sainz was fastest by 0.069s from Leclerc.

AlphaTauri’s Yuki Tsunoda was eighth who had a sliding moment earlier in the session, as Mercedes’ Lewis Hamilton was ninth on the medium tyres with Red Bull’s Sergio Perez rounding the Top 10 on the hard compound.

Williams’ Nicholas Latifi was just outside 11th. The lead Alfa Romeo driver was Zhou Guanyu in 12th with McLaren’s Lando Norris 13th from lead Alpine driver Fernando Alonso in 14th from Aston Martin’s Sebastian Vettel, who set his pace on the medium tyres.

Alpine’s Esteban Ocon was 16th from Haas pair of Magnussen and Mick Schumacher, with AlphaTauri’s Liam Lawson 19th, who got his first FP1 chance in place of Pierre Gasly. Alfa Romeo’s Valtteri Bottas did not set a time after facing technical issue.

Aside the session situation, the FIA released details of power unit elements seeing multiple drivers incurring a penalty for the F1 Belgian GP. In terms of the ICE list, the likes of Russell, Hamilton, Verstappen, Ricciardo, Norris, Ocon, Stroll, Vettel, Albon, Latifi and Bottas took a new one for the grand prix.

Among them, Verstappen, Norris and Ocon took their fourth resulting in a penalty, while Bottas took his fifth with the rest on their third. The TC side has Russell, Verstappen, Ricciardo, Norris, Ocon Stroll, Vettel, Albon, Latifi and Bottas taking a new one.

Among them, Verstappen, Norris and Ocon took their fourth incurring a penalty, with Bottas taking his sixth and the rest on their third. The same drivers had it with the MGU-H too, while the MGU-K side saw Hamilton, Verstappen, Leclerc, Ricciardo, Ocon, Stroll, Albon and Latifi taking a new one.