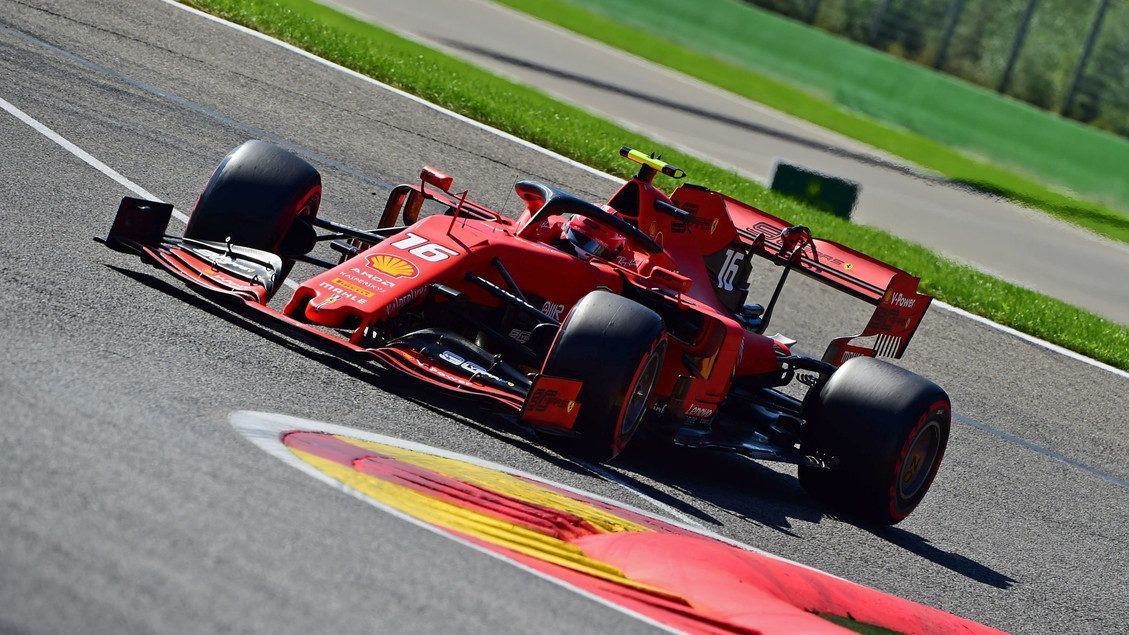 The first part of the F1 Belgian GP qualifying at Spa-Francorchamps was interrupted by a red flag straightaway as the Mercedes engine on Robert Kubica’s Williams went bust, with the Polish driving stopping on track.

Ironically, it allowed Mercedes some extra time to work on Lewis Hamilton’s car after the crash in FP3. TV cameras showed personnel in front of Ferrari’s Charles Leclerc garage but nothing was reported on it.

He eventually topped the session from Sebastian Vettel and Red Bull Racing’s Max Verstappen, who just set a lap time with second remaining. It was also timely as there was another red flag with 43s left on the clock.

Alfa Romeo Racing’s Antonio Giovinazzi made it into Q2 but his Ferrari engine gave away as Toro Rosso’s Pierre Gasly (1m46.435s) was first to be out in 16th from McLaren’s Carlos Sainz (1m46.507s).

The second part in qualifying saw no unusual strategy from teams as all went for the soft compound, which they would start on in Sunday’s Belgian GP as Leclerc headed Vettel and Mercedes’ Lewis Hamilton.

There was a slight scare after the end of Q2 when Hamilton surprised Haas’ Romain Grosjean, when he went on the inside of the Frenchman. Grosjean (1m44.797s) dropped out in the session in 11th.

The cat and mouse game was in the fight for pole as everyone tried to take two from each other, with Mercedes drivers slowing down a lot to allow Ferrari go by and have a cleaner run to the flag.

The provisional pole went to Leclerc with a 1m42.644s as Hamilton slotted in second and Vettel in third, after the German had a twitch on his quick lap to lose out to the British driver.

The mayhem continued as Hamilton slotted himself in between Leclerc and Vettel on their final run. It didn’t hinder the Ferrari drivers as Leclerc improved to a 1m42.519s to take a dominant Belgian GP pole.

It is his third pole of the 2019 F1 season with no slipstream as he ended up 0.748s ahead of Vettel as the German had a slight lock-up in the middle sector which meant he missed on a pole.