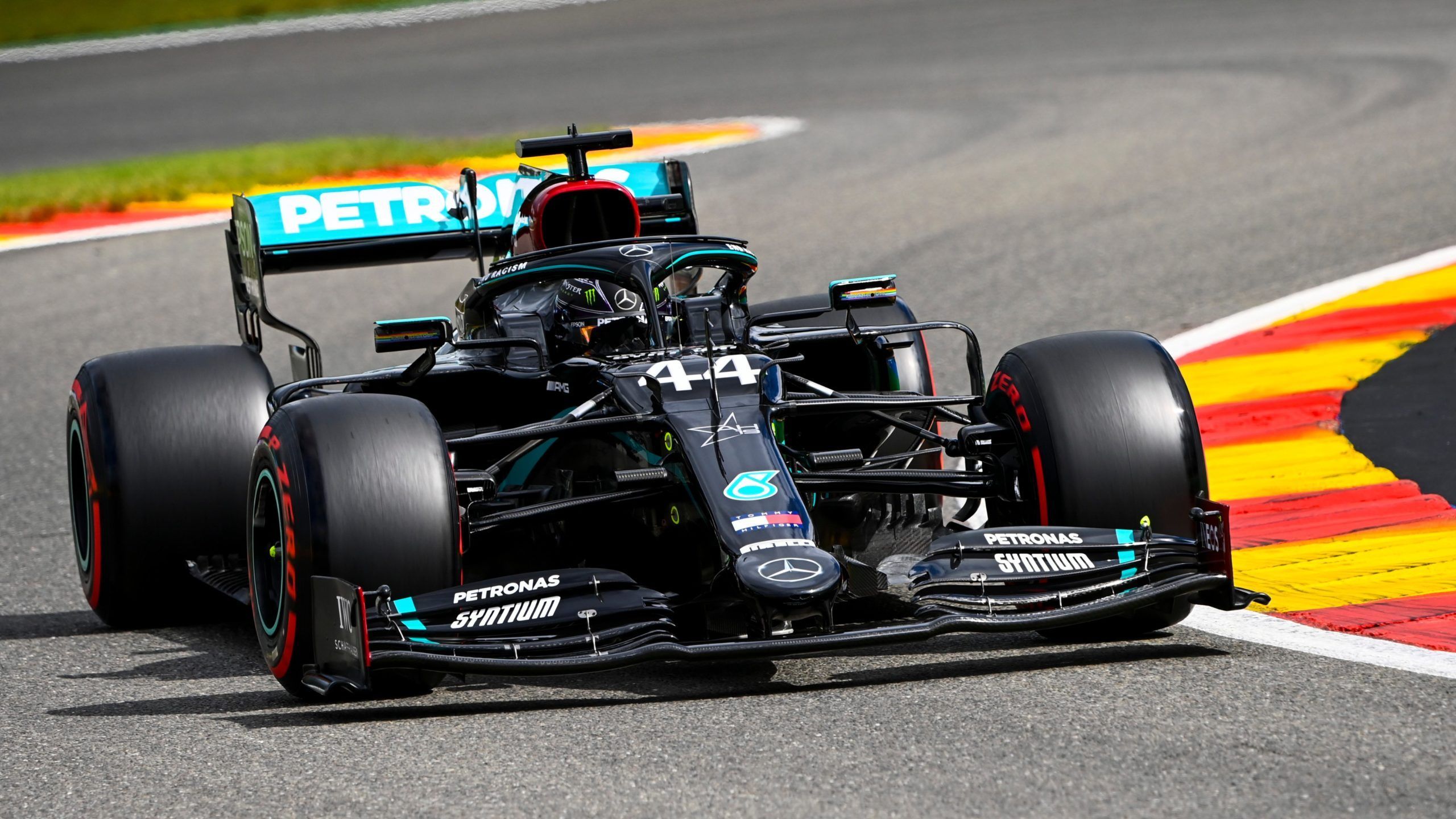 The FP3 in F1 Belgian GP at Spa-Francorchamps was a mixed bag with rain and sunshine throughout the one hour session as it disrupted a full blown running, leaving them with one final push towards the end of the session like a Q3 run with 19 cars on track.

The only missing was Haas’ Kevin Magnussen, who had his car already on the stands. It was mayhem with the traffic as multiple drivers faced difficulties in getting the lap in but Mercedes’ Hamilton managed it well to top with a 1m43.255s laptime.

Meanwhile, an undue controversy was averted by Norris when he decided not to use a special helmet for F1 Belgian GP, to showcase his roots in the country, especially from his mother’s side. He had prepped up a helmet using the Flemish flag.

It was set on a yellow background and carried a Flemish lion where he also added a photo of his maternal grandparents. However, he reverted to his usual 2020 helmet after social media raised concerns due to the political message it could have sent.

It was said that the lion was similar to what the Belgium’s far-right political members use as a symbol, which would have linked Norris to their message. The Brit quickly changed back to his usual helmet, which he wore all of Friday.

On Thursday, Norris talked about his Belgium roots: “I’m 50% from the UK, 50% from Belgium. We used to come here all the time for Christmas and Easter and many occasions. Everyone from my mum’s side lives out here and has come to all of the races that I’ve done in Belgium since karting.

“So I see it completely as a home race. The only reason I would say Silverstone or the GB race is more of a home race is just because that’s where I’ve grown up.” Here’s a photo shared by a fan on Twitter of the helmet he was to use:

Here’s what they said after Friday of F1 Belgian GP