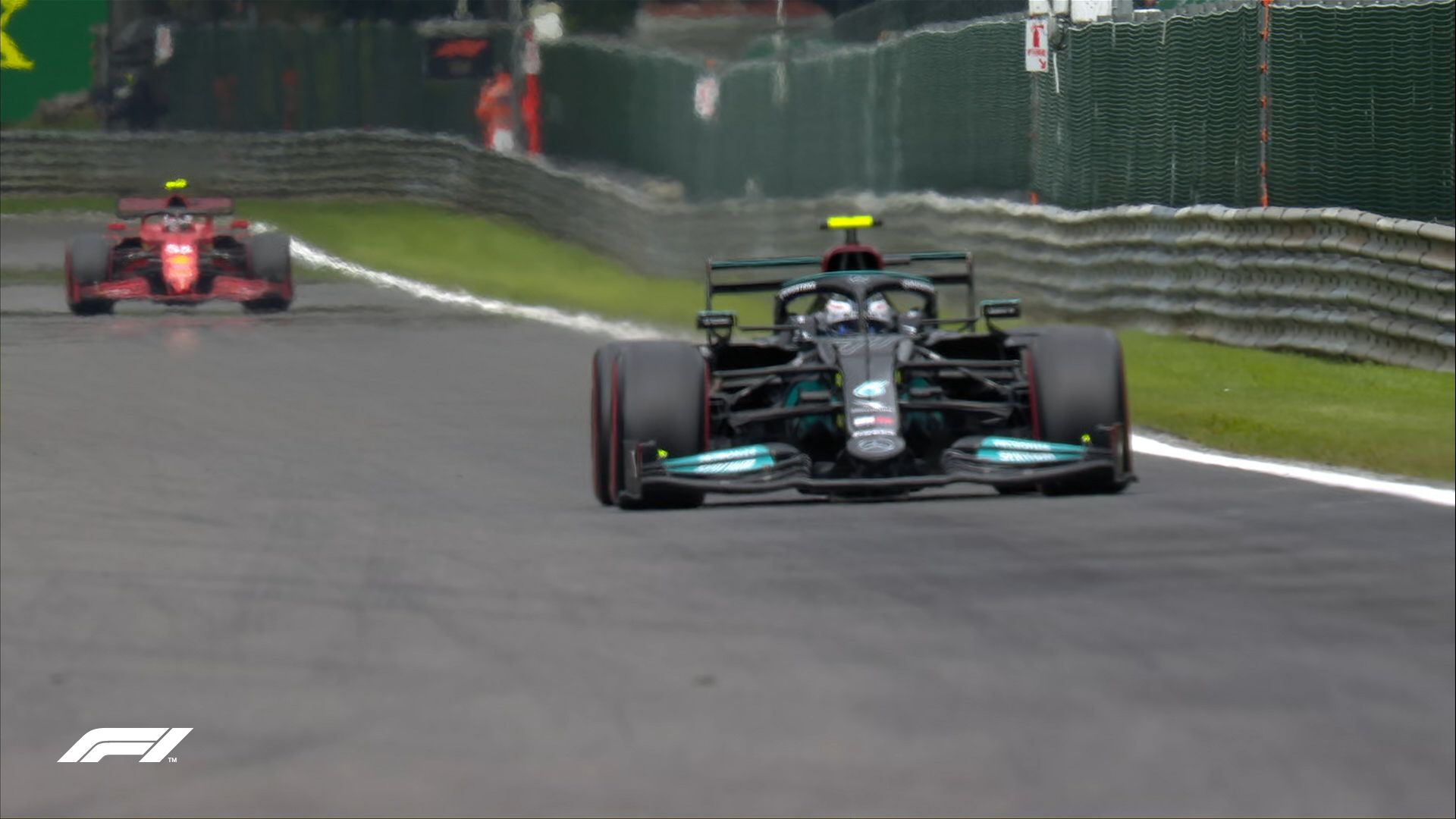 It was a damp start to FP1 of F1 Belgian GP, with drivers doing a sighting lap on the intermediate tyres. McLaren’s Lando Norris was the first to switch onto the slick compound, but the wind likely caught out multiple drivers at La Source.

Alfa Romeo’s Kimi Raikkonen was the first to spin, while turning right, with AlphaTauri’s Yuki Tsunoda did the same. He created a small traffic jam on the pit exit while turning around, which forced Red Bull’s Sergio Perez to stop for the moment.

Raikkonen, meanwhile, had another hit while entering the pitlane later in the session, where he bumped into the wall on the way in. On-track, the drivers had a soft tyre run as well, as the rain prediction for the weekend did not give them confidence for FP2.

It did rain towards the end, as Mercedes’ Valtteri Bottas ended up fastest with a 1m45.199s lap from Red Bull’s Max Verstappen (1m45.363s) and AlphaTauri’s Pierre Gasly (1m45.699s), with the two Ferrari drivers rounding out the Top 5 positions.

The Alpine duo rounded out the Top 10 positions, with new F1 race winner Esteban Ocon (1m46.497s) leading teammate Fernando Alonso (1m46.612s). The other Aston Martin of Lance Stroll ended up just outside the Top 10 in 11th from McLaren’s Daniel Ricciardo.

Alfa Romeo’s Antonio Giovinazzi was 13th from Williams’ George Russell, while Tsunoda was 15th from Williams’ Nicholas Latifi, whereas Raikkonen was 17th, Mercedes’ Lewis Hamilton 19th – after the Brit backed off from his fast lap.

He was the only driver to have his fast lap on the hard tyres, while the Haas duo of Nikita Mazepin and Mick Schumacher round out the 20 runners, where the Russian had the new chassis fitted onto his car. The German, meanwhile, had a special helmet for the weekend.

Where it all began for the Schumacher name ⏪

Among all the parts changed, several drivers had new ICE fitted onto their cars. The list included both Mercedes, McLaren and AlphaTauri drivers, along with Perez, Alonso, Leclerc and Latifi. Here’s the list of new PU elements: https://www.fia.com/sites/default/files/decision-document/2021%20Belgian%20Grand%20Prix%20-%20New%20PU%20elements%20for%20this%20Event.pdf