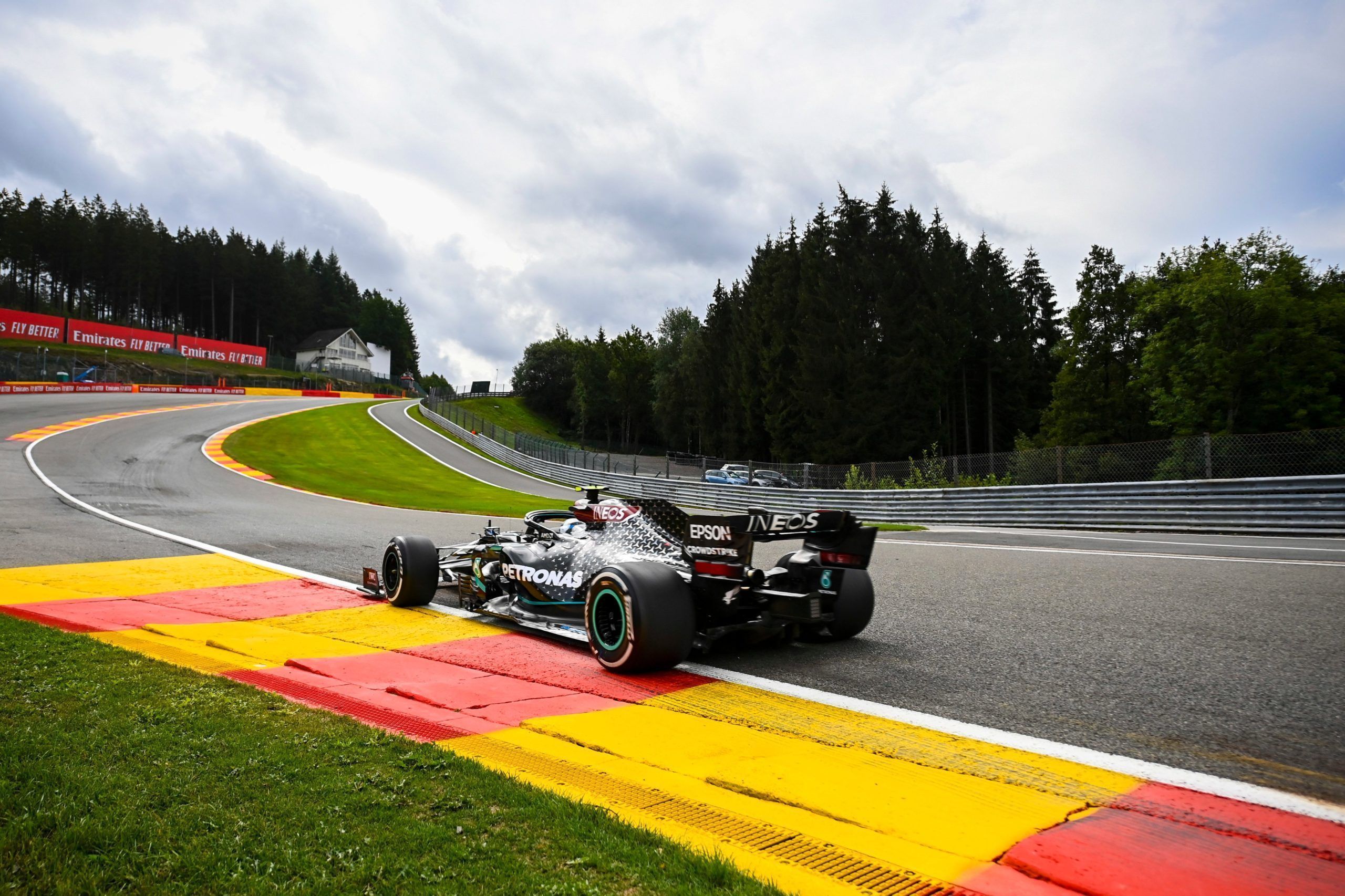 The Dutchman was just 0.081s behind Bottas as both the Red Bull cars had a slower Sector 1 as compared to others around. The Mercedes drivers were split in their tyre strategy with Hamilton trying the medium, while Bottas used the hard. The Finn had a lock-up late in the session as his run ended early due to a puncture.

The hard was also used by Verstappen as his second tyre. His teammate Alexander Albon (1m45.075s) was sixth with Racing Point’s Sergio Perez (1m44.629s) and Lance Stroll (1m44.868s) slotting in between in fourth and fifth, respectively.

The Racing Point drivers were the only ones to use just the soft compound all-session long. They had multiple new parts fitted onto their cars for F1 Belgian GP, including a brand new engine, just like the factory team and also Williams’ Nicholas Latifi.

The Brit had couple of moments in the session, one included with AlphaTauri’s Pierre Gasly (1m5.503s), who wasn’t happy. The Frenchman ended up 12th behind teammate Daniil Kvyat (1m45.447s), with the two drivers using medium compound for their best time.

Interestingly, the Top 11 drivers were inside a second of Bottas. But outside the second were the Ferrari cars with Alfa Romeo’s Kimi Raikkonen (1m45.704s) leading in 13th from the factory cars of Charles Leclerc (1m45.759s) and Sebastian Vettel (1m46.179s).

While Raikkonen had a new engine fitted, the factory cars seemingly did not complete a qualifying run after their initial quick lap. The problems did not end their as both Haas cars had engine troubles and could only manage handful of laps with no time set.

For Grosjean, the ERS issue was shown on TV but for Magnussen it was only mentioned as a similar trouble. Even Alfa Romeo’s Antonio Giovinazzi did not have a time set with the team just stating about a mechanical issue.

Williams’ Latifi (1m46.488s) and George Russell (1m46.570s) were the last two to set a time in 16th and 17th where the former used the medium tyres for his fastest lap and the latter was on hard compound.