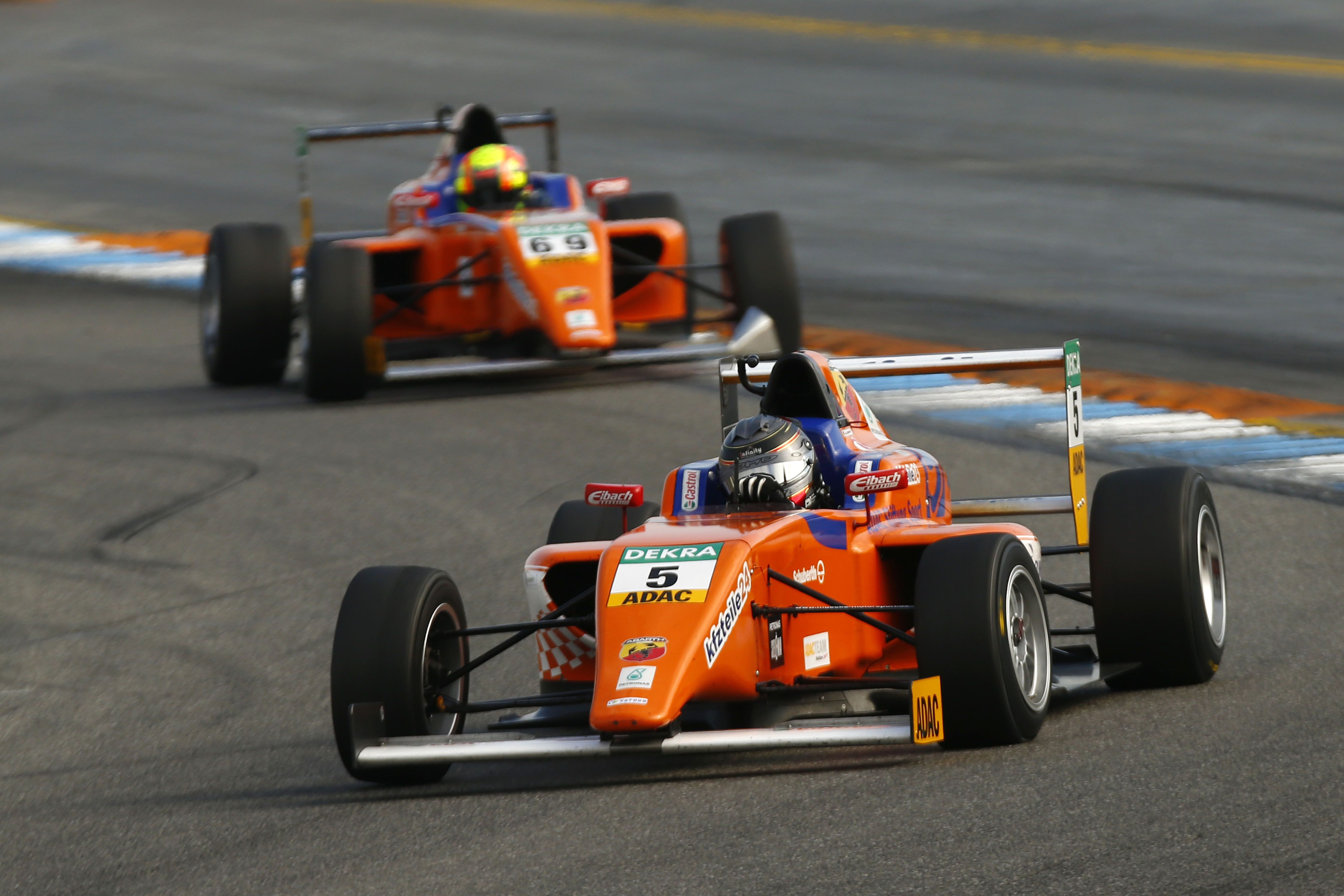 David Beckmann won the second race of the ADAC Formel 4 at the Hockenheimring. The race was red-flagged after a huge crash between Beckmann and Norris, but the final results were from the lap before. Mawson finished third.

The second race of the ADAC F4 at the Hockenheimring started with the former champion, Marvin Dienst first, followed by his teammate Esmeijer, Lando Norris, and Joel Eriksson.

Dienst did a really good start as he did in race 1, keepeing the first position on the first corner, in the other hand, Esmeijer, who started second, lost a lot of places after a run out at turn 2. One lap after, he had to retire due to technical problems, that caused the exit of the safety car.

The safety car left the track with  minutes to go. Dienst was first, followed by Beckmann, Norris, Mawson, Zimmermann, Eriksson and Schumacher.

Dienst run out an the Hairpin, losing 3 places and giving the lead to David Beckmann, who was fighting with his teammate, Lando Norris for the lead. Mick Schumacher was winning some places, in that moment he was running fifth after overtake Zimmermann.

The race was restarted with one and a half minute to go, but in that lap, the race was red-flagged after a huge crash between David Beckmann and Lando Norris, while they were fighting for the race lead.

But the final results were the results of the lap before, so David Beckmann won the race and Lando Norris finished second, after a huge fly over his teammate. Joey Mawson finished third, followed by Dienst, Schumacher, Kremer, Zimmermann, Eriksson, Newey and Laliberte.

Beckmann and Norris are both ok after the crash. Race 3 will be tomorrow at 16:05 PM.