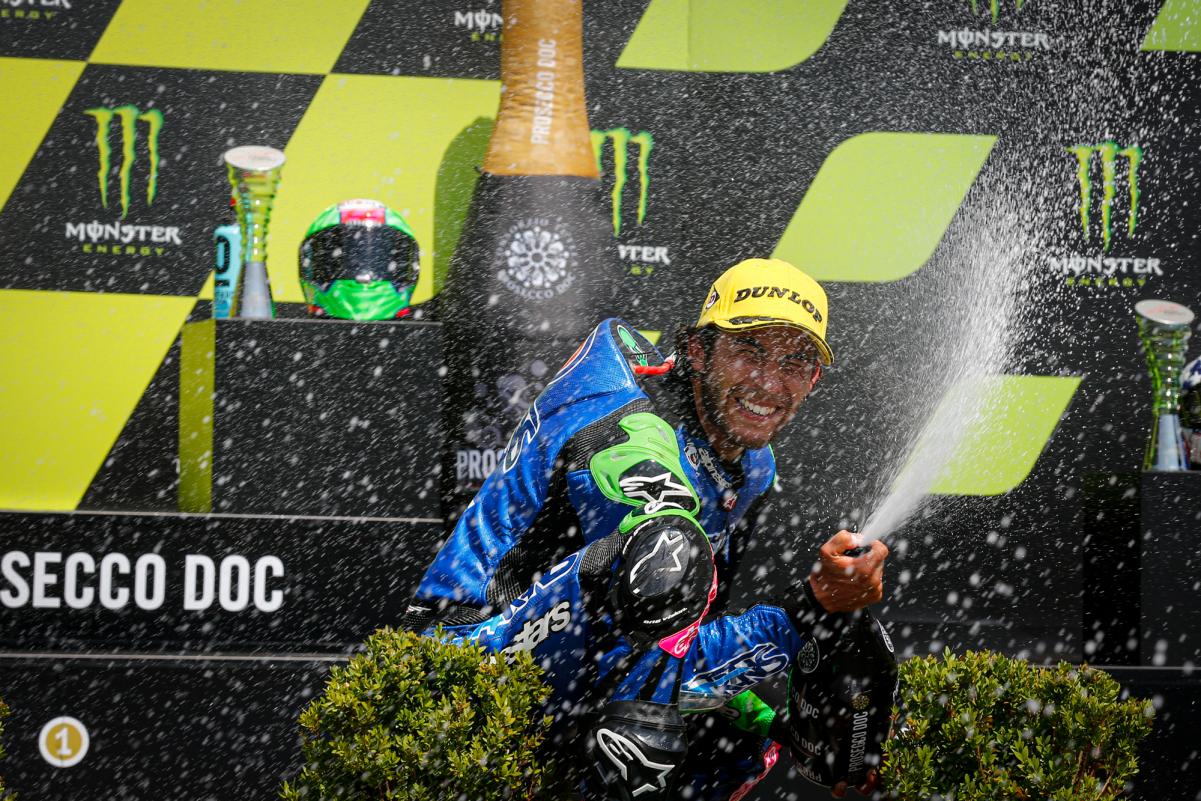 Currently second in the Moto2 championship, Bastianini is in a good place to lead the standings after Misano’s first round as leader KTM’s Jorge Martin misses out due to COVID-19. But whether he wins the title or not, the Italtrans’ rider’s future is secured.

The confirmation came from Bastianini himself after Friday’s FP2 session at Misano, while speaking to MotoGP press team, when he was asked to react to the comments made by Avintia Racing’s head Ruben Xaus, who made it 99% clear of the Italian’s move.

“It’s clear that we were looking to upgrade the situation of the team,” said Xaus to MotoGP. “Things are happening very fast. I thought it was going to be in two years, but suddenly were moving correctly and we got a quicker situation, and in just one year we step up.

“It’s clear for next year that Johann is not going to be with us, I’m very happy for him because he deserves to be on a factory bike with Ducati and it’s clear that for us we have a good spot for the young generation to come up and show good things. We have proved we can really be fast on track, and I’m sure that a young Italian will come in.

“I am 99% [sure] that Bastianini will join us next year,” summed up Xaus. While he noted about Johann Zarco moving out of the satellite Avintia MotoGP outfit in 2021, with the Moto2 youngster in his team most likely, the rider, though, did not reveal the team yet.

“Yeah, I have signed for Ducati,” Bastianini said. “At the moment I don’t know the team, but I think in the next week – or I don’t know – it will be possible to confirm this. For me it’s really important to be the next year with Ducati, it’s a good family for me, it’s an Italian bike. I think it will be possible to be fast in MotoGP, but we will see.”

It could be an all-new line-up at Avintia if speculations are to be believed, as along with Bastianini, his Moto2 rival Luca Marini is also talked about to join the MotoGP outfit to replace Tito Rabat, with Zarco either getting a direct ticket to Ducati or a Pramac ride.

If Zarco moves to Pramac, he will likely replace Francesco Bagnaia, who will then graduate to the Ducati factory team alongside Jack Miller. But if the Frenchman gets a direct factory ride, then the Italian will stay back with another Moto2 graduate, Martin joining him.

While the Ducati merry-go-around looks like settled for 2021, outgoing Andrea Dovizioso was hotly reported to join Petronas SRT Yamaha as a replacement to Fabio Quartararo by media in recent times. A move, which was quickly quashed by Razlan Razali.

Rossi is still set to take the second Petronas seat alongside Franco Morbidelli, as the Italian legend denied the rumours of retirement as well. “No, it’s not true [about my retirement],” he said. “The situation is like two or three weeks ago. We take time with Yamaha because we are not in a hurry and we have something to fix.

“But we are very close to signing and I will race with Petronas [SRT] next year.  I want to say 99% because it’s not signed. But I think that maybe in Barcelona we can give the announcement. What I think is that anyway my retirement is big news, no?. So, if on internet you write  ‘Valentino Rossi retires’, I think a lot of people will click to see, to read, a lot of MotoGP fans.

“I think it is for this reason.  I don’t think it’s for any other reason because the situation doesn’t change and I tried to explain a lot of time that I will race also next year. But maybe it’s more interesting to say that I’ve retired. But I think this is the reason. I don’t know if they want me to retire. I don’t know this, maybe not,” summed up Rossi.