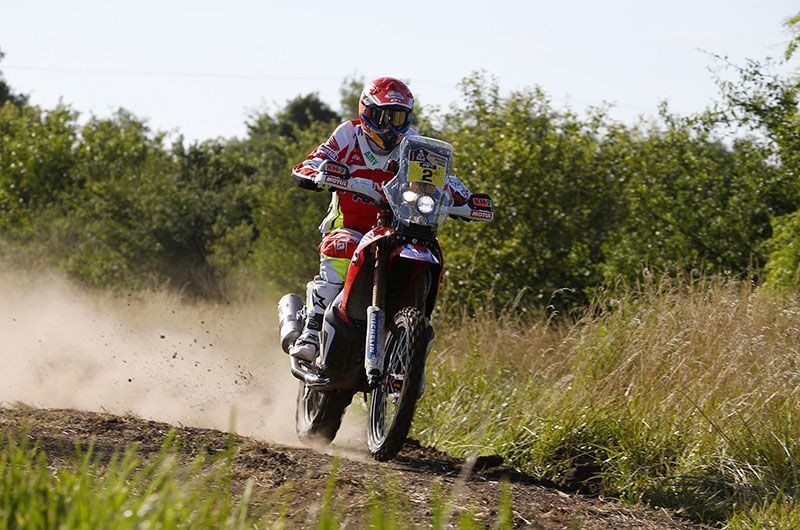 Joan Barreda made an important step in the longest stage of this 2015 Dakar edition, in a 518 kilometers of distance which the Valencian made in slightly more than five hours. The Honda star driver took a lot of minutes of distance between his opponents, taking the lead of the rally.

The second classified in the today’s stage has been Paulo Gonçalves, but he finishes so far from Barreda, concretely slightly more than six minutes. This cause the second place in the standings for the Portuguese rider. Meanwhile the current champion, Marc Coma, had a problem in the final of the stage and he lost an important time there for the standings.

On third place today we have Rubén Faria. Jordi Viladoms, the backpacker of the 2014 champion made an attack on today’s stage to finishes on 4th place.

Joan Pedrero closes the top10 position today and takes the tenth place in the standings.  The Catalan girl, Laia Sanz, finishes on 16th place after suffer a problem.

Tomorrow’s stage of Dakar 2015 edition will be more peaceful than today, with no such as distance as today. The stage will start in San Juan and it will finish on Chilecito.

“I am really happy. Today was amazing. It was really hard, really tough in the last part of special with a lot of tracks and a lot of bumps and it was so physical. But today was one of these days where it is important to get to the finish and we’ve got here so we are really happy. I was alone in some parts, but the most important was to remain calm over the first kilometres and finally we did a really good job. I think it’s a good opportunity for victory but the race is really close, so if we can perform like today and gain some minutes and seconds, then it’s very important”

“Today was a really, really long and hard stage. It was more than 500 km but with really difficult tracks, a lot of rocks and a last 45 km that was amazing. There was some super grass and a section with sand. With this temperature it was really, really hard, but I’m happy to be here. In the middle of the stage I lost a little bit of time trying to find a way point. I lost the others and for the last 200 km I was on my own, but I’m happy for me, for HRC and especially for Joan, because he rode a really, really, really, really smart race today. He just started pushing after 350 km, so congratulations to Joan. I thought we were very brave today because it was a really difficult day. This was a really typical Dakar stage; it wasn’t a normal Dakar stage, but one with a high amount of difficulty”.

“We know that today was a very tough day. We started in the morning with a good feeling, not pushing too hard because we knew it was a long day. But on the other side, I felt that 60 km from the end my rear tyre was finished and I started to ride no faster than 60 kmph, no faster than that. Ok, we lost some time today, but at the end I’m lucky because normally I could have stayed stuck in the desert all the day”.