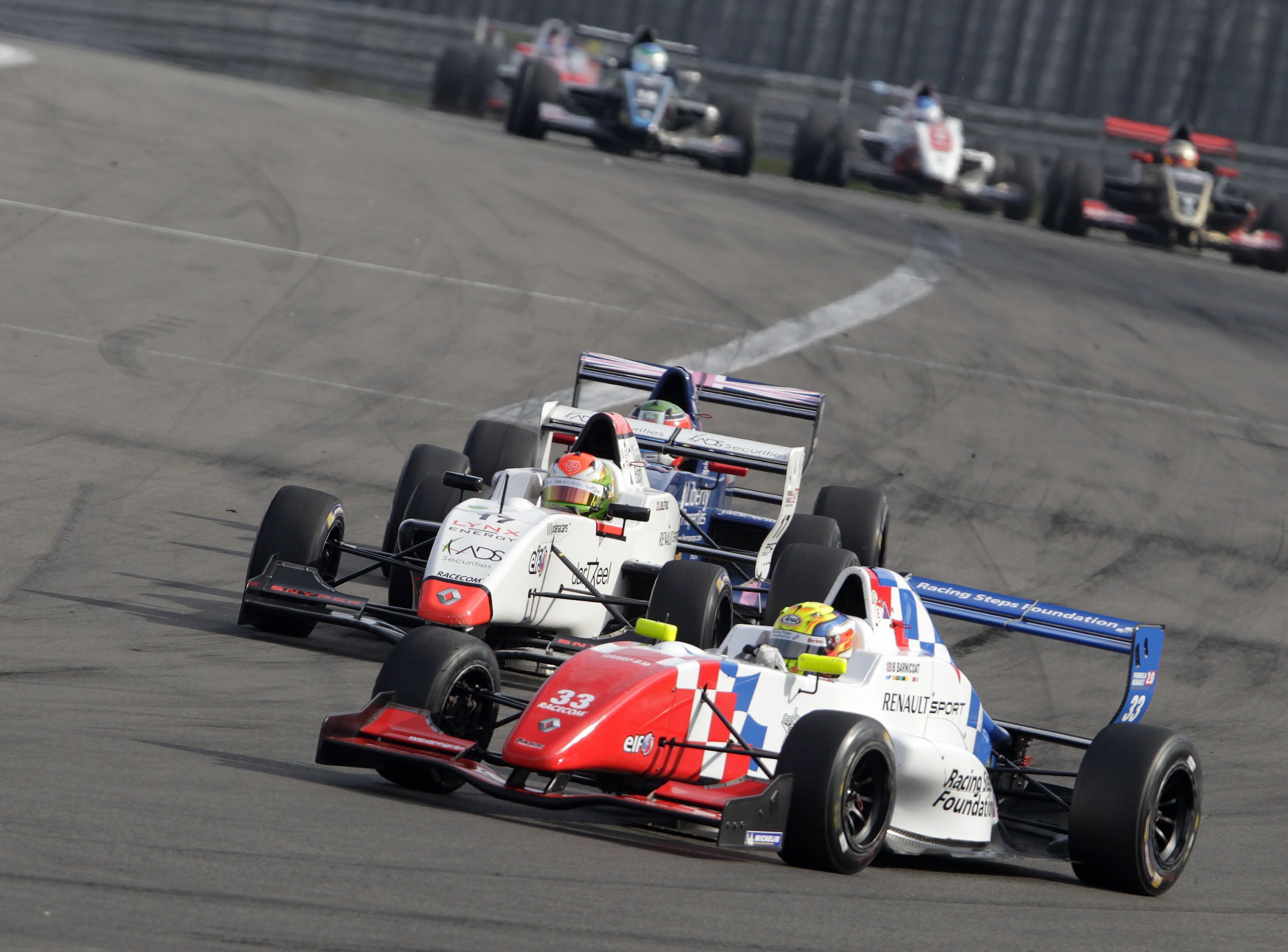 Ben Barnicoat has won the championship of the Formula Renault 2.0 NEC after today’s race was canceled due to fog. Louis Delétraz could not fight to earn the win.

But after 40 minutes late, the organization has decided to cancel the race and awarded the championship to Ben Barnicoat.

“I had an amazing year after a difficult start at Monza. I learned a lot this year as this was my first year to race in cars. But I started putting things together and moved up in the field. Having many podium finishes made my season sort of consistent which helped me. The mechanical error in Assen did cost me a lot of points. But we did not give up and with the win in Most it set me up to be up here. It has been an amazing rookie year and I have to give a massive special thanks to the Racing Steps Foundation, without whose help I would not have been able to be here and of course the team which looked after me so well.”

“It was a good season. We won the team championship and I am very happy with my second place. I think I could have won the drivers championship but I will never know for sure with this cancelled race. I would have really liked to have raced this race as this was my last chance to fight for the top. This season I have learned a lot from my mistakes and look forward to next year. Many thanks to the team and all their hard work.”

“I had a very up and down season. It started ok but then I hit a rough patsch. At Hockenheim we lost nearly 60 points and had another disaster at Spa. But in general I scored the strongest points since Assen. I went from 9th to 3rd after Assen. Being third in the championship hopefully opens doors to me. I was lucky to have overtaken Schothorst yesterday as otherwise he would have been 3rd. I hope I have learned from my mistakes so not to repeat them. I want to thank the team for having done such a great job.”

“We won five races in total and three of my four drivers won races, so we had a very good season with second place for Déletraz, fifth for Malja and ninth for Tveter. Congratulations to Ben for winning the championship. Thank you to the organisation of the FR2.0 NEC and to my team for all the hard work they did.”