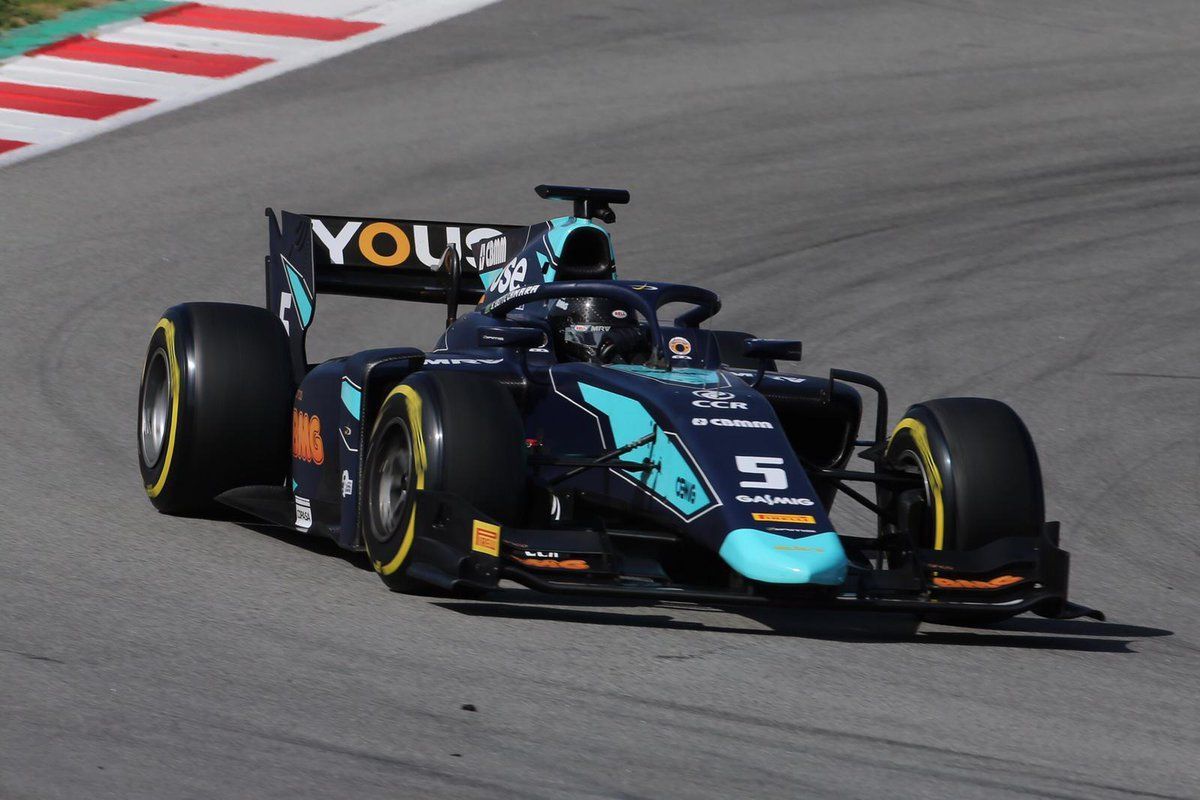 Camara set his best of 1m27.392s in the morning session to lead the way from de Vries (1m27.507s) with the Dutchman beaten by the Brazilian after he topped Day 1 of the second F2 pre-season test at Circuit de Catalunya in Barcelona.

The Top 10 was rounded out by Prema’s Sean Gelael (1m28.243s) as four teams had both their drivers inside the top half. Campos Racing’s Jack Aitken (1m28.270s) ended up 11th with the British-Korean racer stopping late on track in the afternoon session.

The day saw multiple red flags with the first one caused by Sauber Junior Team by Charouz’s Juan Manuel Correa early in the day when he stopped at Turn 8, followed by MP Motorsport’s Mahaveer Raghunathan in Turn 15, later in the same session.

Moments later when the track went green after Raghunathan’s stop, it was a red flag situation again with his teammate Jordan King going off in Turn 3. Meanwhile, the afternoon session saw ART Grand Prix’s Nikita Mazepin having a spin in Turn 4.

With the whole field opting to have their long run practice in the afternoon session, all of the drivers’ best time was set and taken from the morning session itself, even though Trident’s Ralph Boschung topped the standings in the afternoon.

Check out how Day 1 went in Barcelona