Home Motorcycling MotoGP Barbera and Dovisiozo, respectively on top in FP1 and FP2 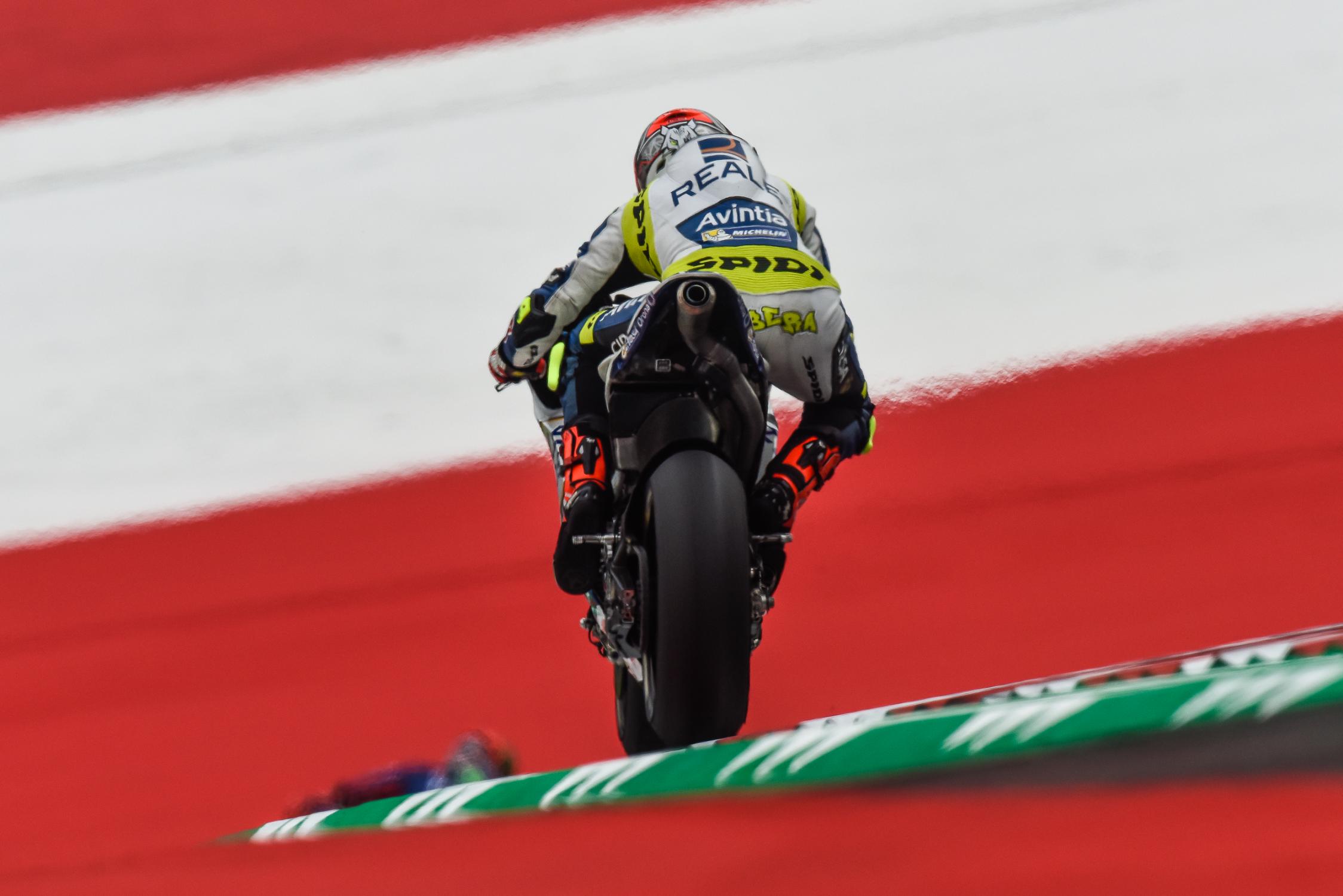 The morning session at Austria’s Red Bull Ring started under a cloudy threatening sky. The session saw Hector Barbera (Reale Avintia Racing), surprisingly, take the fastest time with a 1:24.631. While Andrea Dovisiozo (Ducati Team), who was on a charge, saw his late (fastest) lap cancelled due to exceeding the track limits in turn 9. The latter, who chose to ride with the new Ducati aero package they tested in Brno on Monday.

Behind them we saw Dani Pedrosa (Repsol Honda Team) looking confident, followed by Maverick Viñales (Movistar Yamaha MotoGP) who finished ahead of his teammate Valentino Rossi (Movistar Yamaha MotoGP) and Championship leader Marc Marquez (Repsol Honda Team). Valentino Rossi was no where to be found, the Italian seeming to struggle and only managing the 12th time of the session.

In today’s FP2 we saw Andrea Dovisiozo take the top spot, with the morning’s leader Hector Barbera only in 17th not seeming to find his earlier pace. Dovisiozo’s time was 0.234 seconds quicker than the second fastest of the session, Maverick Viñales. The Spaniard seems to have found his way back to the upper part of the timesheets.

Dani Pedrosa managed another great time, looking really strong on track, followed by Johann Zarco (Monster Yamaha Tech 3), Jorge Lorenzo (Ducati Team) and Marc Marquez. After this morning, Valentino Rossi was yet again, no where to be found in this session. Managing the 12th time for the 2nd time today, the official Yamaha driver is at risk for tomorrow’s qualifying.