The final day of Bahrain F1 Test saw some quality qualifying simulations as AlphaTauri’s Tsunoda showed his pace in the AT02 to go faster but only to be beaten by Red Bull’s Verstappen (1m28.960s, C4). The Japanese was only 0.093s apart though.

Tsunoda was fiery in the afternoon with fast laps, with the eventual time of 1m29.053s (C5). The Japanese had a moment early in the day when he spun right in front of Alfa Romeo Racing’s Kimi Raikkonen (1m29.766s, C5), who ended up fourth.

He was pushed there by a late quick lap from Ferrari’s Carlos Sainz (1m29.611s, C4), after the team were able to fix the hydraulic issue they had. The Spaniard had a late moment with Raikkonen in the corner, where they almost touch while passing.

The table was rounded out by the Aston Martin duo of Sebastian Vettel (1m35.041s, C2) and Lance Stroll (1m36.100s, C2), as it was another day of cut short running for the German, where he could only do 56 laps before facing a ‘power boost’ issue.

Here’s the full timing from Day 3 of Bahrain F1 Test: 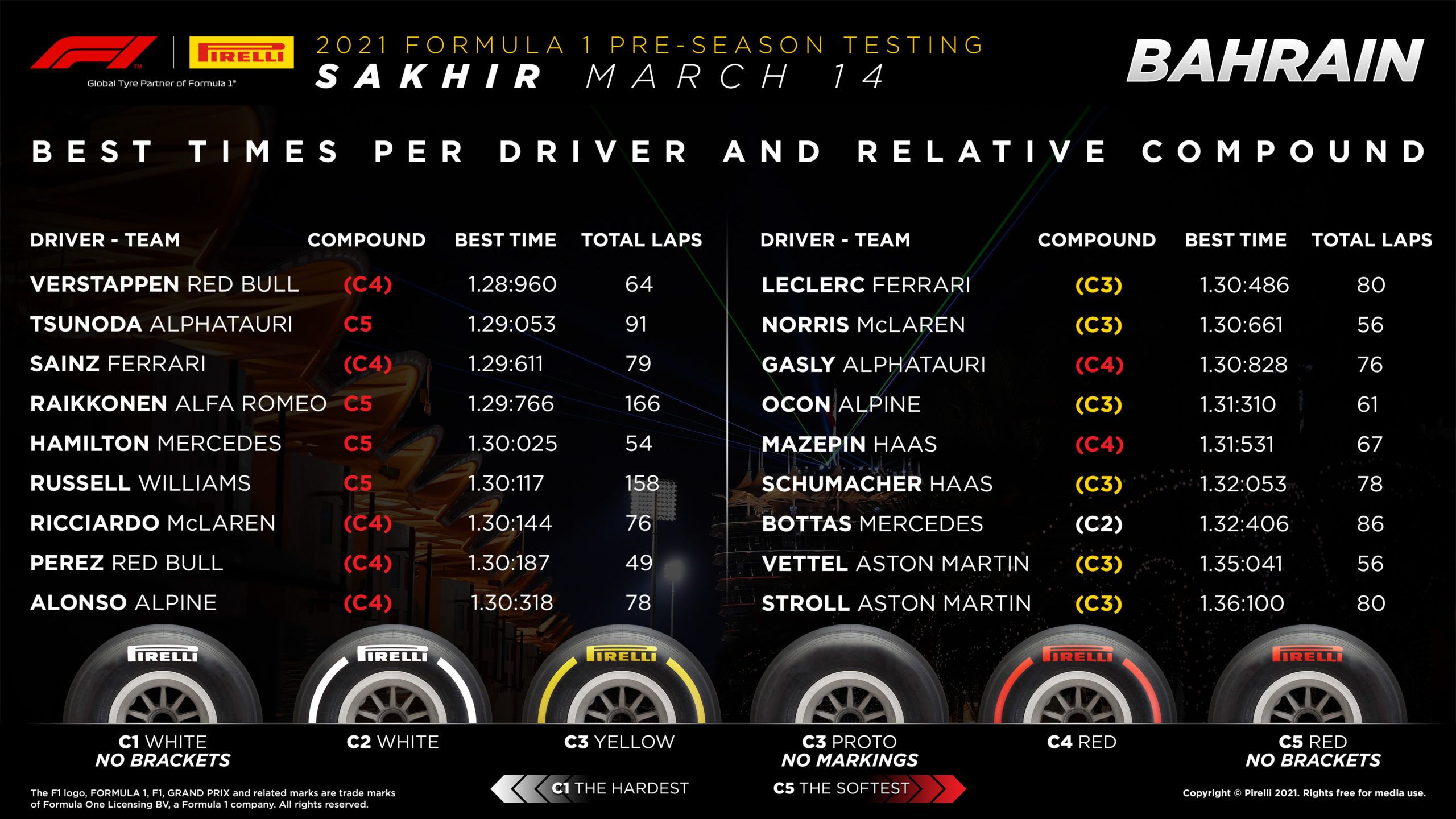 Here’s how Day 2 of Bahrain F1 Test panned out